What to expect from the new president

IN LESS than two months, Ivan Gašparovič will take over as Slovakia's third head of state. Considering the diversity of forces that have won him the office and his political stature, the new president is likely to avoid conflicts or taking decisive action.
Despite the paradoxes of his success, the new president will eventually be forced to clearly define his relations with the government and his position in key areas of foreign policy. 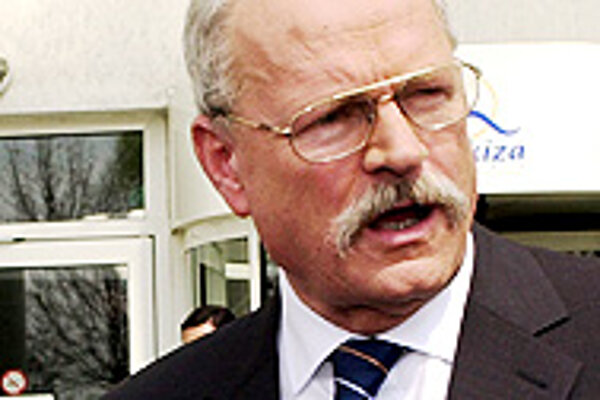 Font size:A-|A+0
IN LESS than two months, Ivan Gašparovič will take over as Slovakia's third head of state. Considering the diversity of forces that have won him the office and his political stature, the new president is likely to avoid conflicts or taking decisive action.

Despite the paradoxes of his success, the new president will eventually be forced to clearly define his relations with the government and his position in key areas of foreign policy.

Gašparovič is in some ways trapped between the opposition and the coalition. All parties that endorsed Gašparovič leading up to the elections - Smer, the People's Union (ĽÚ), part of the the Slovak National Party (SNS), and Gašparovič's own Movement for Democracy (HZD) - are currently in opposition.

Although some coalition representatives have voiced regrets, none of the ruling parties instructed their supporters to vote for the former speaker of parliament, not even in the second round, where he stood against former authoritarian PM Vladimír Mečiar.

Despite these facts, Gašparovič won the elections thanks in great part to the votes of the supporters of the coalition.

The 442,564 votes of mainly Smer, ĽÚ, SNS, and HZD followers won him the first round. He emerged victorious from the second because over half a million others also gave him their vote.

Gašparovič's own political background is clearly tied to opponents of the ruling parties.

But the opposition bloc that supported him is no more homogenous than Gašparovič's electorate. Gašparovič himself is still the boss of the non-parliamentary HZD, formed by a group of breakaways from Mečiar's Movement for a Democratic Slovakia (HZDS).

Since the 2002 general elections, which represented a setback for the newly established HZD party, support in opinion polls had remained well below the 5 percent threshold required to reach parliament.

That has changed since Gašparovič launched his presidential campaign and the HZD is now supported by around 7.1 percent of the population, according to a survey conducted by the Statistics Office released on April 20.

Moreover, representatives of the ĽÚ, another group of HZDS renegades, now intend to hasten their long-planned unification with the HZD.

There has also been talk of a possible merger with the nationalist non-parliamentary SNS, which has just over 4 percent in the Statistics Office's poll.

The fusion is in line with Gašparovič's vision of creating a strong national party.

The ĽÚ has zero popular support, but it does have 9 representatives in the legislature. So far, these MPs have had little reason to push for early elections, which would bring them crushing defeat.

In a union with the HZD, riding the wave of Gašparovič's success, and the nationalists, whose controversial leader Ján Slota is gaining points as mayor of Žilina, where the carmaker KIA is investing billions, it may be a different story altogether.

Gašparovič and the ĽÚ could put considerable pressure on the government if the ĽÚ MPs ended their quiet parliamentary support of the minority coalition and Gašparovič started vetoing laws coming from the legislature.

More important for Gašparovič than the support of his HZD party and its nationalist right-wing allies in the presidential race, however, was the backing of the left-wing, populist party Smer.

Smer is the country's most popular party, with support ranging between 23 and 27 percent in various polls. The party makes no secret about its wish to bring the country to early elections.

Although cautious about using the left-wing label, claiming to represent a "third way", Smer is aiming for membership in the Socialist International, a clear sign of its orientation.

While it seems such a wild combination of right-wing extremism and leftist populism can find little common ground, much less agree on a common presidential candidate, recent Slovak history proves the contrary to be true.

Today's Slovakia finds itself in a situation in some ways reminiscent of 1994. In the early elections in the fall of that year, three parties stepped up to replace the pro-reform government, which ran the country for only a number of months.

Interestingly, in that outgoing government Foreign Minister Eduard Kukan held the same seat as he currently does and PM Mikuláš Dzurinda ran the Transportation Ministry.

The three parties that took over were the HZDS, the nationalist SNS, and the Union of Slovak Workers (ZRS). The ZRS was a populist, left-wing party headed by Ján Ľupták, who, like Fico, was a former member of the Democratic Left Party.

What followed were four years that will be remembered as the dark ages of Slovak democracy.

The victorious 1994 election campaign of the HZDS was masterminded by Fedor Flašík, who later made considerable gains on state-procurement deals granted by the Mečiar administration.

Flašík went on to co-found Smer, where he still has a strong word. The present situation is strikingly similar. There is only one missing link - Mečiar.

If Mečiar is ousted from the top seat in his party, or his influence is limited, there will be little to stand in the way of the rise of a constellation similar to the 1994 coalition, as his animosity towards Smer and all the HZDS renegades is not shared by his party's lower ranks.

If current opinion polls are anything to go by, a coalition of Smer, the HZDS, SNS, HZD, and ĽÚ - all Gašparovič's pals - would get 54.9 percent. Given the frustration and apathy of the coalition's voters, the results would most likely be higher.

When Gašparovič deals with the cabinet, these factors are more likely to be in his mind, rather than gratitude towards coalition supporters who voted for him out of necessity.

Gašparovič is dropping his party function and promises to be everyone's president. In the past, he has made few decisive political decisions, preferring rather to keep in the background.

He can therefore be expected not to orchestrate any revolts against the cabinet or play a dominant role in them, but his background does indicate what side he is likely to take.

The main focus of Slovak foreign policy is, and will continue to be, EU entry.

As Mečiar's second man, Gašparovič displayed disregard for concerns voiced by the union. It therefore comes as somewhat of a surprise that Eric van der Linden, head of the EC Delegation in Bratislava, said he feels Gašparovič will use his political experience to lead the country in the right direction.

In his campaign, Gašparovič presented himself as a supporter of a strong role for national states. He has repeatedly emphasised the importance of preserving national culture and sovereignty.

Just like all other political parties, his HZD party supported Slovakia's entry to the EU. However, Gašparovič was the only prominent politician to raise doubts about the validity of last year's referendum on EU entry, suggesting that the results may have been manipulated.

A tight majority of around 52 percent of eligible voters took part, just over the required 50 percent mark, making it the only in a long list of Slovak referenda to be valid.

The EU so far remains somewhat of a distant matter for most Slovaks. Judging from the past, that will change after Slovakia's entry and the union become a scapegoat for Slovakia's populists.

On this front too there is a lesson to be learned from Gašparovič's past.