A HUNDRED years ago, maps showed no territory called Slovakia. On May 1 this year, the independent Slovak Republic becomes a full-fledged member of the European Union. This remarkable event can change the country's outlook in a way that no one could have imagined 100 years ago. The development puts a different perspective on the Velvet Divorce that divided Czechoslovakia into two separate states at the end of 1992. It has been a long road. 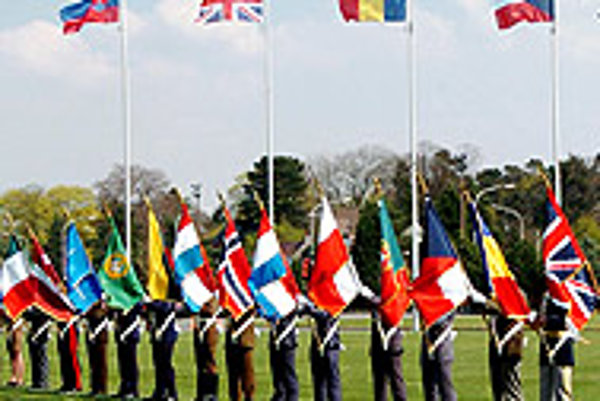 Font size:A-|A+0
A HUNDRED years ago, maps showed no territory called Slovakia. On May 1 this year, the independent Slovak Republic becomes a full-fledged member of the European Union. This remarkable event can change the country's outlook in a way that no one could have imagined 100 years ago. The development puts a different perspective on the Velvet Divorce that divided Czechoslovakia into two separate states at the end of 1992. It has been a long road.

Under Hungarian rule until 1918, northern Hungary, including the territory inhabited by Slovaks, was referred to by the ruling Hungarians as Felvidek, an indefinite term for a land with incomplete boundaries. Moravia formed a clear boundary on the west; Galicia and Prussia, or Germany, provided a border in the north. But no such border existed in the east and south. In the east, Hungarian policy was to promote the development of an eastern Slovak dialect that included many Hungarian terms, and gradually shrink Slovak claims to territory.

In the political Slovak national movement that began to gather strength in the late 19th century, boundary discussions were largely absent. That movement did not seek a geographical territory, but civil and national rights for people who called themselves Slovaks.

The creation of Czechoslovakia at the end of World War I gave Slovakia clear boundaries for the first time. The boundaries were generous, as Czechoslovakia's founders sought to ensure the country would be defensible. The Pittsburgh agreement, signed in May 1918 by Czechs and Slovaks living in the United States, indicated some possibility of Slovak self-government, although the precise nature of those arrangements was to be decided by authorities in the new state.

In partial response to Pittsburgh, a Slovak region (kraj) was created in 1927, with minimal powers to deal with some Slovak issues, all internal. When Nazi Germany occupied the Sudetenlandf in 1938, some of Slovakia's political leaders pushed through the creation of an authoritarian autonomist Slovak government to handle many of Slovakia's domestic issues.

While an unstable international situation and a much-weakened central Czechoslovak government complicated matters, the Slovak government instituted some new laws and policies, including wide-ranging anti-Jewish measures.

Under heavy German pressure, the Slovak parliament declared independence five months later, in March 1939. For the first time, Slovakia became a player in the international arena. It was a very limited arena, however, since very few countries recognised Slovakia diplomatically. The country's international activity was largely limited to neutral countries, or to lands under German control. Slovakia lost a substantial part of its territory in the south and east to Hungary as well as some territories near Bratislava (including Petržalka) to Germany, which had already annexed Austria.

During World War II, Czechoslovakia's political leadership outside of the country agreed to a postwar programme that would consider Czechs and Slovaks as equals, a policy supported by the leaders of the Slovak National Uprising in 1944.

Milan Hodža, one of Slovakia's most important politicians in the first half of the 20th century and the first Slovak prime minister of Czechoslovakia in the mid-1930s, promoted another alternative while in exile first in France and then in the United States: a confederation of central European countries in which Slovakia would have independent membership.

The story of Slovakia's history from 1945 to 1948 was the gradual loss of Slovakia's share of power to the Czechoslovak government in Prague, which was strongly influenced by the communist party.

Nonetheless, the archives show evidence of various international initiatives pursued by Slovakia's government leaders without regard to Prague's interests. Because Prague controlled the financial resources of the country, however, these initiatives largely failed.

After the Communist Party of Czechoslovakia seized power in February 1948, it launched a crackdown on any indication of Slovak assertion. Most notable were trials of Slovak "bourgeois nationalists," including Gustáv Husák, who was readmitted to the party in the 1960s and led the next crackdown, following the Soviet invasion of Czechoslovakia in 1968.

The liberalisation movement that washed over Czechoslovakia in the mid-1960s is known as the "Prague" Spring, even though one of the three main catalysts in the process was Slovak dissatisfaction with a lack of power to influence developments in their part of the joint state. Only two reforms from 1968 survived the post-invasion crackdown. One of them was the creation of a federated Czechoslovak Socialist Republic.

The impact of that reform was limited because the Communist Party remained centralised, but in the 1970s and 1980s, the Slovak government quietly countenanced independent Slovak cultural initiatives, as well as other actions designed to better Slovakia's situation.

None of these, however, was international.

Historians and politicians have endlessly analysed why Czechoslovakia split apart at the end of 1992. One of the facts less commented on is that, well before the end of 1992, the Slovak government had created a minister of international affairs, held for a time by the man who now manages the private JOJ TV station. This ministry advocated Slovakia's interests abroad.

Independence brought Slovakia into membership in the "community of nations". But it could not avoid other countries seeing it as having its roots in Czechoslovakia, or as the poor cousin of its Czech relative. During the government of Vladimír Mečiar, Slovakia became something of an international pariah. Its foreign policy mostly reflected domestic politics. It didn't join NATO when most of its neighbours did, and it was in danger of losing the chance to join the EU.

The governments of Mikuláš Dzurinda launched Slovakia on the painful road to membership in both NATO and the EU, which will culminate on May 1. The government had to make large numbers of changes in Slovakia's legal structure to bring its legal and economic structure in line with European standards. It's easy for politicians to play the nationalist card and object to the changes as infringing on the country's independence. But as the experience of Spain, Portugal, and Ireland shows, in the long run the changes benefit the countries that make them.

Slovakia can follow a national path, or it can develop a positive international image by working with other countries for the betterment of them all. In a global age, the country's independence provides it with all the authority it needs to govern at the state level.

Czech President Václav Klaus, a euroskeptic from the beginning, plans to see in his new country's membership in the EU at Říp hill, one of several mythical sites that some Czechs recognise as the place of their origins, in order to emphasise his national agenda. How much better it would be if, for instance, he could meet the presidents of Poland and Slovakia at their common border, and if the prime ministers of Slovakia, Hungary, and Austria could meet at theirs.

Many of Slovakia's intellectuals are still mourning the death of Czechoslovakia. They continue to buy Czech newspapers, watch Czech television, and read Czech books. (Czech intellectuals can't do this, even if they wanted to: During a recent stay in Prague I couldn't find any Slovak newspapers, except at the main train station.) Thousands of Slovaks attend universities in Prague, but only a couple hundred Czechs study in Slovakia.

But with the open borders of the EU, common ties can develop not only with the Czechs, but also with the Poles, the Slovenians, or even the Hungarians. Now Slovaks will be able to enrich their culture by sharing not just with one other nation, but with many.