On the hunt for flavour 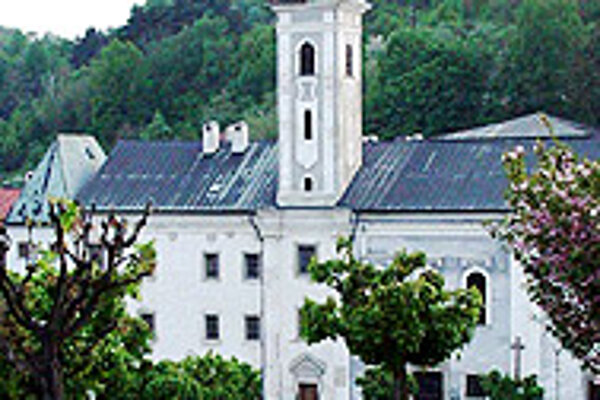 STANDING at the bottom of Kremnica's grassy main square, on the left just a few doors past the old town's main gate, is a late 14th century building that once served as a burgher's house. Over the years it has collected stylistic features from gothic to baroque, but its latest architectural features are the modern trappings of the Silvánus game restaurant in its reconstructed basement.

To look into the restaurant is to look into the past: Heavy tables sit between squat gothic arches that are at once stately and intimate. These solid columns shoulder a low ceiling and cast fat shadows, evoking the permanence of old wealth and visions of sumptuous feasts in a time when manners were less clinical.

In a twist, however, the restaurant has aired out the dark, still atmosphere common to the cellar eateries and pubs buried across Slovakia by installing two greenhouse glass walls at its front.

Facing out, guests look through plants and the walls onto a plain patio and a modern, minimal glass fountain that seems a little out of place. To the left and right of the entrance, respectively, are the café section and the dining room, both of which enjoy a face on the courtyard and spill out onto it as the weather warms.

With a fountain like this and beer on tap at Sk28 a half litre, a little less than twice the price in other places around town, Silvánus probably aspires to be Kremnica's finest restaurant.

A daily soup, like chicken broth with noodles and perfectly tender carrots and parsnips, lives up to this aim.

One of the entree specialties, venison medallions in an "epicurean style", did not quite hold up, however. At the menu's top price of Sk113, it earned a rating of "decent" from a tough critic with family who hunt their own deer and cook it the same day.

The restaurant claims it offers local game, and is positioned to do so, planted as it is in the mining hills in the country's centre. But perhaps the deer that had come crashing across our hiking trail earlier that day had been escaping a hunter, and the steaks on hand in the kitchen were more than a day old.

The wild boar steak with apples and cranberries, on the other hand, was rich and the fruity sauce as exciting as it sounds.

Perhaps to offset the game theme, there are three pages of vegetarian meals to the menu. These cover the whole gamut of standard meatless meals in the country, starting with traditional staples like halušky, potato dumplings with sheep cheese (and a little bacon). It swings through omelettes and pastas, including the surprisingly rare pasta with vegetables, and offers baked vegetables.

A surprise, however, comes last - a tender grilled tofu and pepper skewer. What would the burgher have thought if he found such a dish coming out of his kitchen, some 600 years ago?