THE ORCHESTRA sits down, the musicians begin to tune their instruments. A short silence follows, giving way to welcome the conductor. His small stature and young age somewhat startle the audience before the applause rolls out. He shakes hands with one of the orchestra's violinists - who, like a good half of the group, seems twice his age - and takes his position.
The conductor's resolute gesture fills the hall with music. 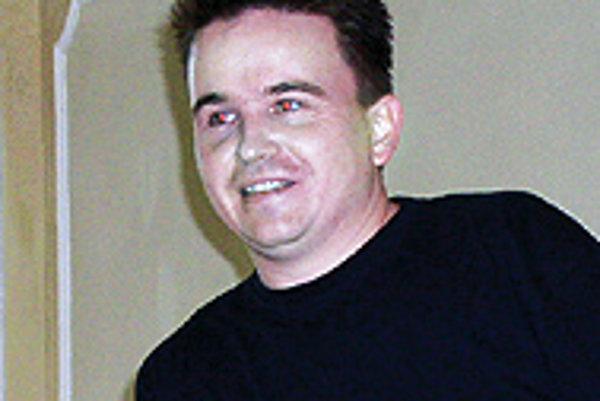 Font size:A-|A+  Comments disabled
THE ORCHESTRA sits down, the musicians begin to tune their instruments. A short silence follows, giving way to welcome the conductor. His small stature and young age somewhat startle the audience before the applause rolls out. He shakes hands with one of the orchestra's violinists - who, like a good half of the group, seems twice his age - and takes his position.

The conductor's resolute gesture fills the hall with music. The mild melodies free his movements to the point he seems to be having a great conversation with the musicians but only until he abruptly cuts it with energetic waves of his hands, as if to get the artists finally working.

Dohovič is one of 12 participants from 11 countries competing at the festival until Saturday, April 24, for the Music Critics' Prize. All are winners of renowned international musical contests; Dohovič's "ticket" to the festival was his victory at the 10th International Competition of Young Conductors of the European Union, held last year in Spoleto, Italy.

Born in Prešov but with Ukrainian origin, Dohovič graduated from the State Conservatoire in Košice and then continued to study violin at the Music Academy in Lvov, Ukraine, where he also studied opera and symphony conducting with Yuri Luciv. While still in school in 1997 he began cooperating with the Košice State Theatre's Opera, debuing with Verdi's Nabucco. A year later the theatre offered him an engagement and since 2001 he has been its chief conductor.

The young artist has taken on around 20 of the theatre's opera titles and brought half a dozen new ones into its repertoire. He cleared the core of the opera's choir and reassembled the orchestra. Together, they have staged over 250 performances, some seen by audiences abroad.

Apart from the theatre's classical opera, operetta, and ballet repertoire, Dohovič also conducts symphony and chamber orchestras. Since 1998 he has led the string ensemble Musica Iuvenalis, which, together with the rock band Sexit, aims to address the local youth. He works with philharmonic orchestras in Košice and the Polish cities of Bydgoszcz and Lublin, as well as operas in Poznan, Poland, and Lvov. He has given guest performances in Belgium, Portugal, Italy, Spain, Poland, Hungary, and the Czech Republic. Besides music, his second love is trains - in all their forms.

An hour before his rehearsal for the Žilina festival's opening concert, which he had discussed with his 72-year-old Ukrainian professor beforehand, he talked to The Slovak Spectator.

The Slovak Spectator (TSS): How ready do you feel to compete with such great European talents?

Igor Dohovič (ID): Even though the festival is a competition for the Critics' Prize, I don't think much about it; I don't even consider it a contest. The concert I will conduct is mostly significant because it opens the festival and gives me the opportunity to perform with excellent soloists from Italy and Russia. I have already met and talked to them and we have developed a more collegial friendship than any competing spirit.

TSS: It was winning the conducting competition in Spoleto last October that assured your participation in this festival. What did the jury like about you, about your conducting?

ID: It was an interesting contest because, as far as I know, it is the only of its kind in the world that focuses on conducting opera works. There were 27 of us from all over Europe competing with [Giuseppe] Verdi's La Traviata.

It is difficult for me to tell why the jury chose me. I met with them for an hour after the finals and they told me they could feel that I have rich experience with opera conducting. The decisive moment came when I was competing in the finals with two other native Italians - they said that I managed to bring the opera dramatically to the best level, by which they meant communicating it to the viewers. The second aspect was that my cooperation with the singers made it clear I appreciated them. They say that it rarely happens that an opera conductor has such a close relationship with singers. This is something I learned during my studies.

Obviously there were other aspects, but for me, winning with an Italian opera in Italy over Italians was the greatest reward.

TSS: Maybe there is Italian blood in your veins?

ID: No, my blood is Ukrainian. Certainly it was my experience that played the most decisive role there. Regularly working with opera at the Košice theatre, frequently staging in front of viewers was a big contribution, because conductors of my age all over the world rarely get opportunities to work that much with opera.

In western Europe or America, where I have met with many conductors, I could see that each year the schools let out a large number of graduates, each with a certain talent and ambition, but only few of them get to rise. The competition in the West is much stronger than here. With the borders opening, though, the competition will certainly increase here as well.

TSS: Could you define your conducting style?

ID: It is very difficult to define it, as it is a very subjective matter. But one thing I can say I have always tried to follow is to work with the question "Why". This is what my professor [Luciv] taught me and I think this is what the whole art should be about - there always has to be "why", a reason behind everything we do and why we present it this way. We should try to discover why a composer, for example, wrote such a work, and then we must deliver it that way to the viewer, who expects it so.

TSS: You work in Slovakia, but you studied in Ukraine. What differences do you see in the conducting techniques taught in these two countries?

ID: The difference is quite significant. It is hard to say which is better or worse. What I liked in Ukraine was that from the first grade we were taught opera. There are few schools in the world so dedicated to conducting opera works. The overall approach of the school is based on the excellent Russian tradition of the 1960s and 1970s, when the schools produced many great musicians.

The teaching there was done through practice. They seated us behind a piano - no matter if one could play it or not - gave us a certain line of chords, and we had to play it in different keys. The professor sat behind the desk and corrected us from a distance.

TSS: You have been working with the Košice theatre for seven years. Could you describe the situation in opera there?

ID: The critics say that the opera has significantly grown in quality. Last year we performed [Verdi's] Il Trovattore during the Castle Plays in Zvolen [central Slovakia] and the visitors were surprised to learn that the opera is so good in Košice. We also get invitations to various festivals, and though we are not in the spotlight the way Bratislava opera is and we face more financial difficulties than they do, it is rewarding when we manage to ensure performances in surrounding countries. I am also happy that Bratislava, concerning opera experts, has found its way to Košice.