DESPITE decreasing state subsidies for mortgage loan interest rates, people are still interested in taking this type of loan, as mortgages remain almost the only way to purchase a new flat or a house on the Slovak market. Banks and the Finance Ministry expect that legislative changes should bring another boom in mortgages.
"The Finance Ministry has simplified the legislation and taken steps to increase customer protection. The volume [of mortgage loans] and the number of clients show that interest in mortgage loans is huge. 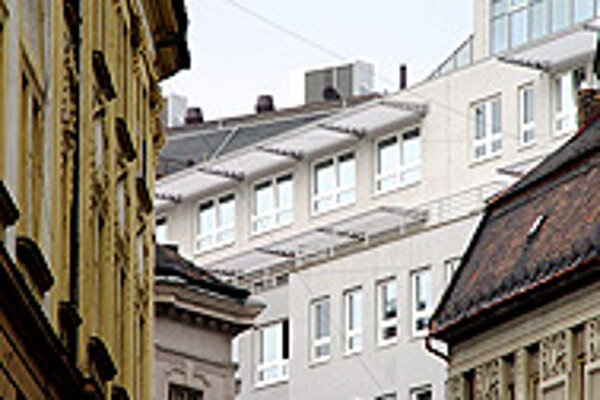 Font size:A-|A+  Comments disabled
DESPITE decreasing state subsidies for mortgage loan interest rates, people are still interested in taking this type of loan, as mortgages remain almost the only way to purchase a new flat or a house on the Slovak market. Banks and the Finance Ministry expect that legislative changes should bring another boom in mortgages.

"The Finance Ministry has simplified the legislation and taken steps to increase customer protection. The volume [of mortgage loans] and the number of clients show that interest in mortgage loans is huge. We think that it reflects the overall simplification of the whole process," ministry spokesman Peter Papanek told The Slovak Spectator.

The government started to grant state interest rate subsidies for mortgage loans at the end of the 1990s. The parliament approves the percentage of the interest rate subsidy every year in the state budget. The aim of introducing the subsidy system was to encourage the Slovak real estate market and, especially, to make new flats and houses available to young people and families.

The average Slovak income of around Sk14,000 (€348) makes buying a new two-room flat, which could cost more than Sk1.5 million (€37,300) in the capital of Bratislava, affordable in cash for only a negligible group of people.

However, interest rate subsidies have gradually decreased since 1999, when the Finance Ministry provided such support for the first time. While in 1999 the interest rate subsidy represented 6 percent, in 2001 it was 5 percent, and 4.5 percent in 2002. Last year, the subsidy stood at 2.5 percent and from January 2004 it has been only 1 percent.

Additionally, in July 2003 the Finance Ministry abolished the principle of a fixed subsidy guaranteed for the whole mortgage loan contract, which means that now the subsidy can change during the term of payment.

"The level of the state interest rate subsidies has gradually lowered. The trend followed decreasing interest rates on the banking market in general. However, for now we are not considering the abolishment of mortgage loan interest rates subsidies," said Papanek.

Basic mortgage loan interest rates on the 1998 Slovak bank market, when VÚB was the first bank in Slovakia to offer mortgage loans, stood at approximately 13.5 percent. Thanks to the stabilisation of the Slovak financial market, it is now around 7 - 8 percent (not considering the interest rate subsidy).

Interest rate cuts by banks and changes to the legislation, like the abolishment of the obligation for a client to conclude a notarial deed, have enabled Slovak banks to keep mortgage loans affordable and make them simpler.

"In fact, the whole process has been simplified. The number of documents needed for granting a mortgage loan has been minimised. Previous application forms were replaced by simpler and user-friendly versions.

"The fees have been lowered. It is also possible to combine all the mortgage products with insurance to prevent insolvency," said Silvia Nosálová, the VÚB bank spokeswoman.

To attract new clients and further encourage mortgage loans, market banks are trying to add new value to their products. Some of them have already established whole centres for providing services connected to mortgages.

"Tatra banka opened the Housing Centre in March 2004. It provides complex services connected with the purchase of real estate. We offer an 'under one roof' concept where a client can arrange everything that is needed for acquiring a place to live," said Roman Začka, director of the public relations department of Tatra banka.

Eva Güttlerová, Slovenská sporiteľňa spokeswoman, added that the flexibility of mortgage loan products has also improved, enabling, for example, gradual financing of a piece of real estate. "The bank can grant a mortgage loan in 48 hours' time," said Norbert Lazar, the spokesman of OTP Banka Slovensko. Free mortgage loan consultancies are normal in each bank.

Banks are thus optimistic about the development of the mortgage loan market in Slovakia, although it may seem saturated for now after the impressive increases in 2002 and 2003.

Of the three major banks on the Slovak market, Slovenská sporiteľňa reached an almost 239 percent year-on-year hike the volume of granted mortgage loans in 2002, and Tatra banka's saw an increase of 191 percent in 2002. VÚB showed a significant jump in 2003 when year-on-year growth was 127 percent.

According to the data of the National Bank of Slovakia, the volume of mortgage loans granted to clients by the whole bank sector reached Sk37 billion (€920 million) as of March 2004. The number represents about 14 percent of all loans provided by Slovak banks.

"We suppose that the interest of people in taking mortgage loans will not change despite lower state interest rate subsidies. A mortgage will still be the quickest way to purchase housing and it will be a demanded product on the market. Large building projects, of which a great part will be carried out through a mortgage, are the proof," said Nosálová from VÚB.

Slovenská sporiteľňa suggests that mortgages have been stagnating slightly but it does not think it will last long: "After last year's increase we expect that the rate will temporarily slow down," said Güttlerová.

"This is partially because the offer of real estate that could satisfy demand does not exist. And in addition, the majority of people who intended to take a mortgage loan already did so last year. Faster work by cadastres and the planned abolishment of taxes on real estate transfers next year might be a new impulse for the further increase of the mortgage market," she continued.

"Lower interest rate subsidies had, of course, some impact on those who want to take a mortgage loan; however, we still see an interest in mortgages," added Začka. Lazar from OTP thinks that the subsidy had no influence on the volume of granted loans at all.

One of the ways to encourage the mortgage loan market even more would be to offer the possibility of using the loan for purposes other than those written in the law. In Slovakia it is possible to use a mortgage only for the purchase of Slovak real estate or its parts, the construction or reconstruction of buildings, and maintaining property.

Abroad, including some central European countries, it is possible to buy a great holiday or a car with the money from a mortgage loan. Insiders say that the principle of a mortgage loan is its collateral, which has to be a piece of real estate, and that its purpose is not that important. However, the Finance Ministry is not considering changing the legislation.

"A mortgage loan has clearly determined purposes. The Finance Ministry has, so far, not received any requirement to change it, or, in other words, no one has contacted us with such a requirement so far. The important issue here is the interest rate state subsidy as a part of a state policy to encourage the construction of flats," said Papanek.

"Additionally, Slovak legislation enables the creation of a wide spectrum of bank products that can respond to such client needs," he emphasised.