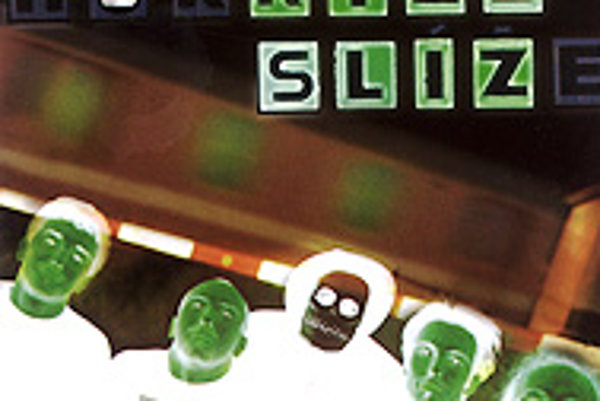 NOT quite a new release, as it came out in 2002, this CD had to be reviewed for one reason: L.A.G. Song. Short for "lesbian's and gay's song", the album's recognisable hit for English speakers features a few lines in English alternating "I'm sorry I'm a lesbian" and "I'm sorry I'm really gay" and an interlude in which a British announcer blames his bad smell on a curry he ate for lunch. What?

With the aid of a dictionary and the lyrics in the disk's booklet, I finally got the chance to sort out what on earth they are talking about - the song commemorates the practice of avoiding bad pick-up lines from members of the opposite sex by claiming to be homosexual.

The rest of this album follows in this vein, with the band ringleading a series of riotous and irreverant songs. Unfortunately, a lot of their best work is done in the lyrics, which young Slovaks seem to find hilarious when the dirty mouths of the four musicans (all of them sing) don't turn their ears red.

For English speakers, the music is raucous contemporary punk with enough gimmicks and appropriations of other genres to amuse those who already like this kind of music.

This self-released album reveals an artist with technical skills and a good sense of timing. The pieces show an understanding of format, covering ambient, downwtempo, and the mellow end of trance. Unfortunately, format is so much in the foreground that the album plays like an exercise in composing electronic music.

Overall, the music lacks the edge needed to give it a unique personality, leaving it unremarkable.