Slovakia must push on

ALTHOUGH Slovakia entered the European Union on May 1, the quality of life and the living standard are still far from those of the EU15, the countries that were already in the union prior to this year.
Analysts predict that it might take Slovakia, along with other new member countries, more than 20 years to reach the "old EU" level. 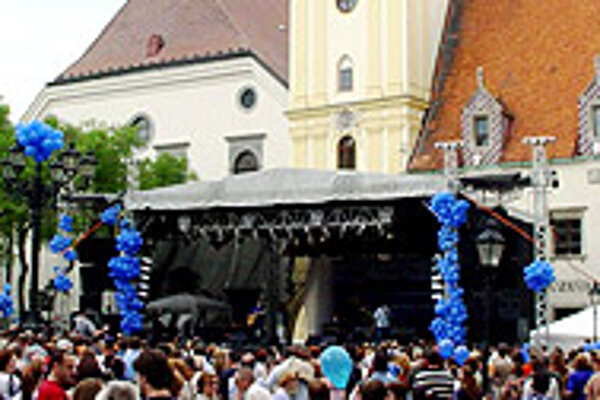 Font size:A-|A+  Comments disabled
ALTHOUGH Slovakia entered the European Union on May 1, the quality of life and the living standard are still far from those of the EU15, the countries that were already in the union prior to this year.

Analysts predict that it might take Slovakia, along with other new member countries, more than 20 years to reach the "old EU" level. And not only in economic terms like GDP per inhabitant and income, but also about quality indicators related to healthcare, education, and the position of women in society.

Today, the country's income per capita, measured using purchasing power parity, is less than half of the average level in the EU15 and only 70 percent of that in Portugal, the poorest of them. The path to real convergence with the western European standards is thus a long one.

Zdenko Štefanides, an analyst with VÚB bank, told The Slovak Spectator: "Prior to accession, Slovakia was closing in on the income gap with the western European standard at an average of 1 percentage point per year [from 40 percent in 1995 to 47 percent in 2002].

"We believe that, after the accession, this convergence process will accelerate, possibly to 1.5 percentage points per year, or even more, especially in the run-up to the country's adoption of the single currency, expected in 2009. If Slovakia maintains its [current] 3 percentage point lead in real GDP growth compared to the EU15, in 20 years the country would reach 90 percent of the average EU income," he added.

All accession countries, with the exception of Estonia, have higher registered unemployment than the EU average. Slovakia and Poland lead the statistics. In both countries it was more than 15 percent in 2002. The EU average is about 6 to 7 percent.

The share of household expenditures that go to food and non-alcoholic beverages in new member states significantly exceeds the share in the EU15. For example, Austrian households spend 12 percent of their expenditures on food; in Slovakia it is almost 25 percent.

In Hungary, the Czech Republic, and Poland, households spend about a fifth of their income on food. In Lithuania it is as high as one third.

Numbers describing the influx of foreign direct investment (FDI) are a bit more optimistic. The Czech Republic, Estonia, Hungary, Slovenia, and Slovakia have attracted comparatively higher FDI per capita than earlier accession countries. In general, FDI influx is higher than the inflow to original EU members.

Analysts with the UNDP also compared poverty rates in the new and old EU member states. The poverty rate is measured by the percentage of households in which total household income is below 60 percent of the national median income (of all households).

The new EU countries suffer significant regional disparities. According to analysts from the bank ČSOB, while the richest regions - Prague in the Czech Republic and Bratislava in Slovakia - reach 35 percent and 2 percent (respectively) more GDP per inhabitant than the EU average, the poorest regions, in Poland, do not even reach 30 percent of the EU average.

Slovakia alone is a good example of regional differences: Though the capital, Bratislava, is the second richest region in the new member states, eastern Slovakia, the ninth poorest region of the EU, has a GDP per capita at 34 percent of the old EU average.

ČSOB also analysed other very simple indicators that more closely show the quality of life in Slovakia and other European countries.

The number of cars per 1,000 people is often used. In Slovakia and Hungary the number is about 250, the lowest in the union. The EU15 average is 450 cars per 1,000 inhabitants. Luxembourg posts the highest number - 630 cars. About 320 people per 1,000 own a car in Greece, which is a little bit less than in the Czech Republic.

There is not a big difference between countries in the number of physicians per 100,000 inhabitants. In this indicator, a higher number does not always mean a better living standard. We also have to consider the effectiveness of the healthcare system.

Life expectancy in central European states significantly improved during the 1990s, wrote the UNDP. However, it is still remarkably lower for both sexes than it is in the EU15. The gap in male life expectancy is generally much wider.

While, for example, in Austria women live 82 years and men 75 years on average, in Slovakia the average lifespan for women is about 78 and for men it is 68. The life expectancy in the Czech Republic and Slovenia is closer to that of Austria.

The political engagement of women is considered low in the new members. The number of women in national parliaments usually fluctuates around 12 percent (as it is in Slovakia) and is never higher than 20 percent. However, this is also true in more developed countries like Great Britain. Scandinavian countries have the highest rate of political engagement for women, with Finland topping the list with 37 percent.

The gross enrolment ratio for tertiary education, at about 60 percent, is traditionally high in many of the new EU countries, compared to, for example, France (55 percent). However, the Czech Republic and Slovakia, with approximately 30 percent, are exceptions.

According to the UNDP, the new member countries have achieved significant economic growth and environmental improvements over the past 11 years. However, the UNDP emphasised that development is not only about economic growth and income. It is also about the ability to enjoy income through education and good health.

Although the Human Development Indices - determined using the per-capita GDP, education, and health of the new EU members - are far higher than in almost all Asian, Latin American, and African countries, they are still notably lower than those of the developed old EU members.