Back from New York

Richard Müller
Monogamný vzťah
Published by: Universal Music
Available at: most music stores
Cost: Sk399
RICHARD Müller has been around. Active on the music scene for about 20 years, he is one of Slovakia's best-selling musicians and currently enjoys the support of a huge international record company. 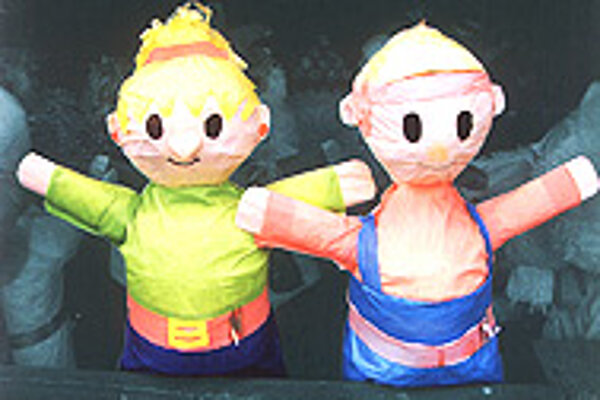 RICHARD Müller has been around. Active on the music scene for about 20 years, he is one of Slovakia's best-selling musicians and currently enjoys the support of a huge international record company.

And he's been through a true rock-star rite of passage: He's had a run-in with the law. Admittedly, it was rather minor, as he was simply fined for making pro-drug comments during a television interview. But, hey - drugs, legal action - now that's rock 'n' roll! So what does a hardened rock veteran do? Why, he makes his New York album of course.

Monogamný vzťah (Monogamous Relationship), Müller's latest, may not be a New York album in the classic sense. It's unlikely that he set out to hole himself up in the Hotel Chelsea for three months, to spin tales of prostitutes, pimps, and pushers while on a steady diet of bourbon, cigarettes, and amphetamines.

Most likely, Müller went to New York so an experienced producer, in this case Mike Caffrey of the Monster Island studio, could give him a nice, full sound that he could proudly bring back to Slovakia.

The album has a dark, smoky feel that complements Müller's weathered vocals nicely. He uses a sort-of sing/speak similar to Leonard Cohen or Serge Gainsbourg, without ever reaching the blesk intensity of the former or the delicious sleaziness of the latter.

The music itself is well-crafted, if somewhat monotonous, pop that features the occasional surprise, such as Müller vocally emulating a trumpet. There's some fine guitar work and the drumming - from Steve Holley, who has worked with all sorts of people, including Paul McCartney in his Wings days - is solid.

The most blatantly "New York" thing about the album is its final track, Asi to tak musí byť (Probably It Must Be So). Beginning with a beat that would sound at home on a Cars album, it tries to tap into the garage rock craze that has swept across the city in the past couple of years. It even uses the vocal distortion one has come to expect from The Strokes.

So is it as good as the best of the neo-garage acts? Well, no. But, the album could serve as perfectly fine background music for a cool night alone with a bottle of bourbon and a pack of cigarettes. Amphetamines not recommended.