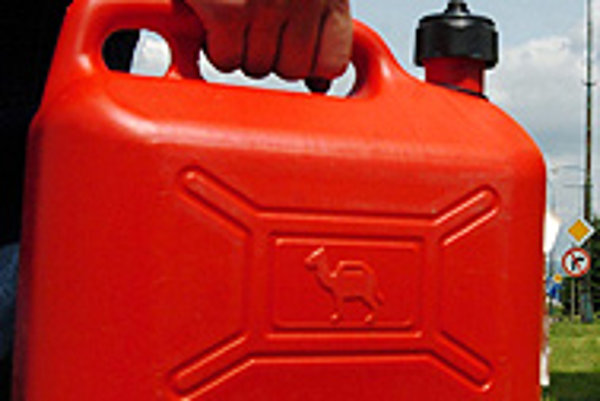 Font size:A-|A+0
PETROL price lists have been a depressing image for Slovak drivers since the country's major filling station operator, Slovnaft, lifted its prices by Sk1 (€0.02) per litre to a three-year high on April 18.

Slovnaft said the hike was a response to the continuous growth of crude oil prices on the world market.

The price of Brent crude has approached $40 (€34) a barrel, up 30 percent from the beginning of April, claims the company.

To fill a 50-litre tank, Slovaks spend 12 percent of their average monthly salary (Sk14,365 or €358). In comparison, Germans can fill their tanks for 2.1 percent of their monthly income even though their petrol prices are much higher, according to the financial daily Hospodárske noviny.

Petrol industry experts claim that the state should respond to the climbing prices with cuts in the excise tax on fuels.

The Slovak Finance Ministry said it would consider tax cuts only if the ongoing rise in fuel prices prevails and imperils the country's inflation target of 8.1 percent for this year.

According to the International Energy Agency and other influential organisations, international oil prices will continue rising.

Though Slovnaft representatives refrained from predictions of price developments, they do not see any factors that would change the current trend.

"The world markets for crude oil are very volatile, which makes it difficult to come up with even a short-term qualified prognosis. However, what we can say for certain is that Slovnaft does not see any important factors on the crude oil market that would imply a turn in the current trend," Slovnaft spokeswoman Kristína Félová told The Slovak Spectator.

Félová said the potential excise tax "is in the hands of the Finance Ministry. Slovnaft can only say that if taxes were pushed down, the company would certainly reflect this decrease in its prices."

Poland and Hungary have reached for temporary cuts to the excise tax to prevent consumer prices from rising sharply. However, the Slovak Finance Ministry claims that Slovakia's excise tax rates are already close to the lowest limits on mineral oils set by the directive of the European Commission on energy products taxation, the news wire SITA wrote.

"We cannot push the tax rate below this level; otherwise the European Commission might penalise us," said Papanek.

According to Papanek, the Finance Ministry has been monitoring the development of the motor fuel "but the government does not set final consumer prices".

Miroslav Kollár, general secretary of the Slovak Association of Petrol Industry and Trade, told Hospodárske noviny that the international situation indicates that it is high time for a debate on decreasing excise taxes on mineral oils.