Norway and Iceland should join EU

THE HUNGARIAN Coalition Party has nominated Deputy Foreign Minister József Berényi to run as number two on its ballot in the June 13 elections to the European Parliament (EP). The Slovak Spectator met with Berényi to discuss key aspects of European integration and his plans as an MEP.
The Slovak Spectator (TSS): You started your career as a liberal politician, yet if you are elected to the EP, you will be involved in the conservative European People's Party (PPE). Why? 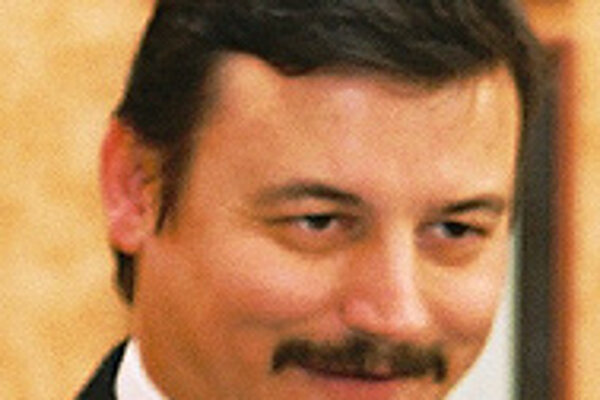 Font size:A-|A+0
THE HUNGARIAN Coalition Party has nominated Deputy Foreign Minister József Berényi to run as number two on its ballot in the June 13 elections to the European Parliament (EP). The Slovak Spectator met with Berényi to discuss key aspects of European integration and his plans as an MEP.

The Slovak Spectator (TSS): You started your career as a liberal politician, yet if you are elected to the EP, you will be involved in the conservative European People's Party (PPE). Why?

József Berényi (JB): It's true that I was initially a member of the Hungarian Civic Party, which was affiliated with the European Liberal, Democratic, and Reform Party (ELDR). But after the three ethnic Hungarian parties merged in 1998 to form the Hungarian Coalition Party (SMK), the SMK as a whole became neo-conservative.

We liberals had a choice between staying in an attempt to shape the SMK's programme thesis to make it acceptable for us, and leaving. Many liberals left, but a group of us stayed.

TSS: Do you now identify with conservative values?

JB: I was very surprised to see how progressive the PPE's programme is as regards European integration. Although with some delay, the PPE has identified with the main concepts presented by the ELDR in the 1990s. As regards European matters, they present nearly the same solutions.

Naturally, there are differences with respect to moral or ethical questions.

TSS: The negotiations on the EU's constitutional treaty seem to be nearing an end. What are the priorities of Slovakia's official foreign policy?

JB: Firstly, it is to approve a constitution in the shortest time possible, preferably by the end of the Irish presidency of the EU [on June 30].

Voting [within the EU] remains the most pressing of the open issues, as the text is already finalised in most other areas. As regards voting, we have maintained from the start that we are in favour of sticking to the agreement made in Nice.

However, we can also live with double majority voting. According to mathematical calculations, there is not much of a difference between Nice and double-majority voting from Slovakia's perspective. If double majority is adopted, there needs to be parity - the same required majority should apply to both the number of states and population size.

That figure should be between 50 and 60 percent.

TSS: Do you, as a candidate in EP elections, fully agree with this official line?

JB: It's very logical and a good attitude. Slovakia has had a well thought-out strategy in the course of preparation of the constitution. It did not want to stand in the way of an agreement, but at the same time it strived to push through its opinions in the context of working with like-minded countries. It's good that we did not go out to fight it alone.

TSS: You are the deputy foreign minister, now caught in the middle of an election campaign. Can you freely voice objections to the official line on EU integration?

TSS: Should there be a referendum on the treaty in Slovakia?

JB: I can imagine there will be great pressure on us to organise one. However, the [Slovak] constitution does not require the vote and it wouldn't be the most useful thing. It will be important to see how this debate develops in other countries of the Visegrad Four.

We've asked the voters to come to the ballots so many times recently, that there is good reason to doubt the success of this referendum [which needs to attract over 50 percent of eligible voters to be valid]. If such a referendum failed, there would be great trouble, because Slovak voters would obstruct the adoption of the constitution in the entire EU. That's unacceptable.

There are two options: avoid a referendum or lower the quorum.

TSS: Which do you prefer?

TSS: Where should EU enlargement stop?

JB: We support Croatia's membership, which is a strategic goal. It would bring stability to the Balkans - the most problematic region in our proximity. I take Bulgaria's and Romania's memberships as a done deal.

But we should not forget about Norway and Iceland. We would like to see them in as soon as possible. Looking at culture and values, those countries belong in the union. As members of the European Economic Area, they already finance the EU's development programmes to a great extent, which many people here are perhaps unaware of. That would take us to a total number of 30 countries. Then we would have to think hard about what next in order to make the EU work. The countries of the former Yugoslavia should get a chance, but they have to meet the Copenhagen criteria, which takes a little bit of time.

TSS: What about Turkey?

JB: That's a big question mark. It's currently the only European country with a growing population. By around 2020 they could have as many as 100 million citizens, which would make them the largest country in the EU with a very large agricultural sector.

It's no easy decision, but everyone knows that Turkey means stability for the entire region of the Near East, and the loss of Turkey would mean a loss of influence over the Near East. The SMK has not made up its mind yet.

TSS: Who should be the next head of the European Commission?

JB: The answer to that requires a little bit of party discipline, so it should be someone from the PPE. There are many to choose from there. It may be a good idea to try to propose a candidate from eastern Europe. Why not? He would have little chance, but we should make our presence felt.

Personally, due to my political past, I would not have a problem with someone from the ELDR. Among those being discussed is Pat Cox.