An American in Bratislava, 1973

MORE than 30 years ago I arrived in Bratislava to do research on Slovak history for the first time. My wife and I came to a land where hardly any Americans had ever done any scholarly research. We had met him in 1972 at a café at the Hotel Alcron in Prague, notorious for its ubiquitous electronic "bugs", designed so that other people could listen to your conversations. That was where foreign correspondents stayed when they came to Prague.
In fact,I think there had only been one. 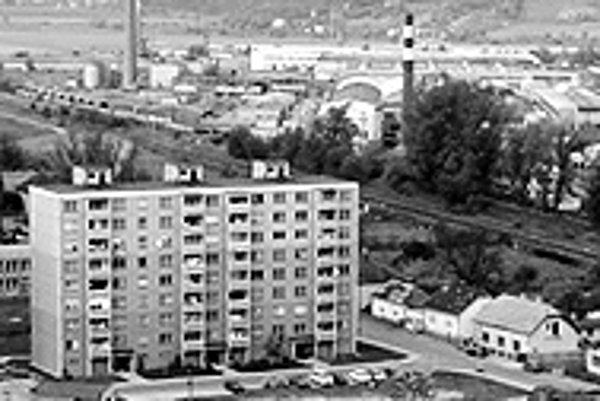 Font size:A-|A+0
MORE than 30 years ago I arrived in Bratislava to do research on Slovak history for the first time. My wife and I came to a land where hardly any Americans had ever done any scholarly research.

In fact,I think there had only been one. We had met him in 1972 at a café at the Hotel Alcron in Prague, notorious for its ubiquitous electronic "bugs", designed so that other people could listen to your conversations. That was where foreign correspondents stayed when they came to Prague. In 1972 there weren't many, because hardly anyone wanted or dared to talk to foreigners.

"Don't take no for an answer... and keep talking," said my colleague.

It was advice that proved invaluable in 1973.

We arrived in Bratislava on Easter Monday. The city was absolutely quiet and wrapped in several inches of newly-fallen spring snow.

The only agency in the United States that could secure authorisation for research in Czechoslovakia was the International Research and Exchanges Board (IREX). It grew out of the Inter-University Committee on Travel Grants, which representatives of several leading universities had set up because the US government wanted to avoid any impression that it had approved the choice of any of the scholars coming to what was then called eastern Europe.

IREX worked out a complex exchange agreement with both the Czech and Slovak Ministries of Education.

Most Americans wanted to go to historic Prague, which understandably upset the Slovaks. They finally demanded that a certain share of the Americans every year go to Bratislava.

IREX was delighted that I wanted to go to Slovakia and designated me as a scholar without stipend.

My visit was apparently of such importance that it resulted in a welcome luncheon at the almost brand-new Hotel Devín. My wife and I were hosted by the head of the Ministry of Education's International Department and his deputy. When we started the dinner with caviar, I knew we were in for a special meal.

Thirty years ago the waiter didn't bring the bill to your table. Instead, in old central European fashion, you had to call the headwaiter (Pán Vrchný) and tell him (and it was always him, not her) what you had eaten. He wrote this all down and, like a human calculator, announced the total bill.

The meal cost more than Sk300, a phenomenal amount at a time when the average monthly salary was between Sk2,000 and Sk3,000.

The ministry, as part of the exchange agreement, was supposed to provide us with housing. Initially we were placed in the spare room of a house on Koliba. It was a lovely site, of course, as evidenced by the villas that have been built there in the last 15 years.

The problem was that we had no cooking facilities and no place for me to read and write. We would have had to eat all our meals out. In a time when Bratislava had only a few good restaurants, that was not going to work. Without access to any office, I simply could not function.

No, the ministry told us, that was all they could provide. We kept talking.

On the third or fourth try, the ministry directed us to something called the Office for Relations with Foreigners, on the second floor of a dilapidated courtyard off Hviezdoslavovo square.

After a few days we were placed in a one-bedroom apartment in a brand new building in Záluhy. There was no grass, only mud and dirt and some planks laid down to facilitate walking. A grocery store (potraviny) had just opened about two blocks away so that we could go down and buy groceries every morning. There was a tram connection straight into the centre of the city.

I could begin my research.

Without a temporary residence permit, however, I couldn't see anything in the archives. So we went to see the police.

In 1973, people feared the police. They had enormous powers of control. As citizens of a country in the capitalist West, we didn't expect a friendly welcome. In some ways, the police were the ultimate example of the bureaucracy inherited from the Austro-Hungarian Empire. They were not there to serve us - or most Slovaks, either.

Actually, getting a residence permit in those days was easier than it is now.

We didn't need a medical certificate or any criminal-records clearance. We had to write a several-page autobiography. They wanted information about all of our relatives. My wife had been born and raised in Prague. That made it easy for the police to check out her background.

But how were they going to check my background? One set of my great grandparents had emigrated from Bohemia in the 1860s, but we had never had any contact with possible Czech relatives. In fact, we didn't even know if we had any Czech relatives.

The autobiography was supposed to include information about any military associations. At the time I was a signal officer in the US Army reserves, but was inactive and not assigned to a unit. I put this information down, figuring it was better to be honest than to have them discover this information later.

This turned out to be a wise decision. As an inactive officer I was required to confirm my address with US authorities every six months. My mother back in the US was supposed to have taken care of this. Instead, she forwarded the information form to us in Slovakia. So if the authorities were reading our mail, which they probably were, they would have become aware of this association.

While waiting for the residence permit, I began work in the university library. It was not easy. My knowledge of Slovak was relatively limited. The library people showed me the card catalogue, which I quickly realised was the limited card catalogue for students. It only contained material approved for the students' use.

Later, I discovered the existence of a much more complete card catalogue one floor up. It was for use by librarians and approved scholars and included listings for books and journals that provided alternative views to the Communist Party's view of history.

One day I screwed up my courage and entered the room and started looking through the catalogue, which was organised in what seemed to me a rather strange fashion.

After a while, one of the librarians came up and asked what I was doing there.

I explained in what must have been poor Slovak that I was an American working on a doctoral dissertation with the authorisation of the official American-Czechoslovak exchange. Apparently the reference to an official exchange was enough. Once again, I had kept talking.

Officially, my research subject was the development of high school and university education in the inter-war period. What I was really interested in, however, was how that system contributed to the way in which people identified themselves nationally. Why did they become Slovaks instead of Czechoslovaks?

Many Slovaks assumed that their identity was primordial, and that its expression had long been repressed. But census records from 1919 quickly provided me with evidence that that was wrong. When asked to identify themselves in that census, people in rural areas sometimes called themselves "Catholic" or "from this county" or "from around here" or even "what would you like me to be?"

Some émigré historians argued that the development of a Slovak identity should be credited to the nationalist parties of the past.

My theory was that the spread of education and culture, especially among what both the Russians and Hungarians had called the intelligentsia, had a major role in the process. This would be reflected in high schools and universities, amateur theatre groups and choirs, and in the media, I thought.

But in 1973, I would have been in deep trouble if I had said my research had something to do with the Slovak nation and identity.

Today I wonder what information the police collected for my dossier in 1973 about who I was and with whom I associated.

My still-limited knowledge of Slovak and the uncertainties of functioning in a communist state and not knowing whom I could trust produced an enormous amount of stress. I went to see a doctor.

Theoretically, as a foreigner I was supposed to pay for this service, but since there were virtually no Westerners in Bratislava, there was no mechanism to collect the money.

Some of the examination wasn't pleasant. In the end I had to swallow a plastic tube so that my stomach could be examined. The diagnosis was that I had all the conditions for an ulcer, but that none had developed. I needed to adjust my diet, the doctor said.

In 1973 that wasn't so easy. When meat was available, for instance, it often came with ample pieces of fat. Fortunately, I discovered a special diet restaurant on the upper floor of a building almost immediately across from the university library. (The restaurant still exists, but it's now on Laurinská).

My medical records from 1973 are still at the doctor's office in the Faculty of Philosophy of Comenius University, as I discovered on a visit there late last year.

Since I was a graduate student, the university decided that my wife and I were eligible for student access to the university cafeteria. We paid a few crowns for an ample, if often undistinguished, meal. Potatoes were frequently on the menu.

Bratislava in 1973 was a very provincial city. One day I saw a woman dressed in peasant clothing hike up her skirt along the curb in Kamenné námestie, squat down, and relieve herself.

Despite the difficulties and the stress, I loved my time in Slovakia in 1973. I think I felt like a pioneer who faced challenges that somehow had to be overcome.

The research eventually produced a book, Slovakia 1918-1938: Education and the Making of a Nation. It's a very academic work, with lots of numbers and detailed discussion and explanation, not the sort of volume that's likely to be translated into Slovak. I dedicated it to my wife who, I wrote, had learned more about Slovakia than she ever wanted to know.

I wanted to come back. Ten years later I did. But that's another story.

Owen Johnson, who teaches journalism and history at Indiana University, is doing research in central Europe this year on media and nation in 20th-century Slovakia.