Chapter one of a legend

IMT Smile
klik-klak
Published by: Závodský publishers
Available at: most music stores
Cost: Sk199
IF YOU want to talk about legendary Slovak bands, IMT Smile is a prime candidate.
With a history dating back to the early 1990s and four official albums under their belt, they are usually the first name on the lips of local people when they ask if you have ever heard Slovak popular music. 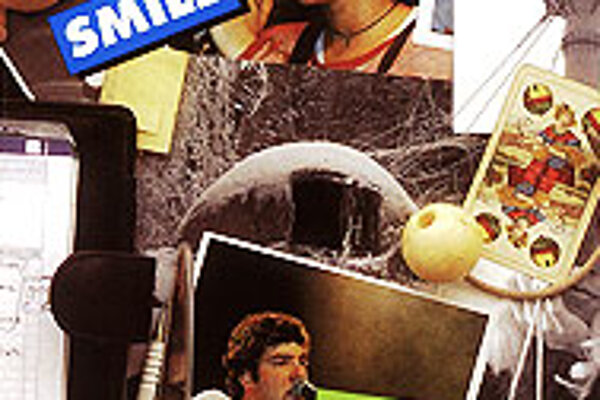 IF YOU want to talk about legendary Slovak bands, IMT Smile is a prime candidate.

With a history dating back to the early 1990s and four official albums under their belt, they are usually the first name on the lips of local people when they ask if you have ever heard Slovak popular music.

The first chapter in the band's discography, klik-klak, appeared seven years ago. Unavailable before its recent re-release, the album saw the band's members playing a mix of rock and lively alternative country.

At this time the band had two singers, of which Katarína Knechtová moved on to form her own band while Ivan Tásler stayed to lead IMT Smile. Even if one can't understand the lyrics, their strong voices sound good as they drive the songs with the occasional wild yelp. How many people really listen to lyrics anyways?

The album's hits were the noisy, romping Nepoznám (I don't know), and Vrany (Crows), one of those quiet sad songs. Also included is the song Spím (I sleep), a song for drinking beer slowly on August afternoons with friends, which was the band's first demo recording to get airplay.

Tásler's jangling acoustic guitar is especially prominent in the songs and luckily not drowned out by its electric sibling.

The piano and organ that appear on some tracks at the fingers of Tásler's brother Miro are also a nice spice.

Overall, these 13 songs feel happily cluttered, with elements that come together naturally and easily like the things that gather on your coffee table to make your living room feel human. In this way the jumbled photographs and bric-a-brac on the album's cover are fitting.

The band doesn't quite sound like any other group I could trundle out for comparison. The best I can do is to say that klik-klak sometimes heads into Dave Matthews territory, but by a grittier and much rockier path.

In the end it is charmingly unpolished without being sloppy - just what you would like a debut album to be.