ALTHOUGH French presence in
Slovakia and the rest of eastern Europe is not traditionally strong, French businesses are currently striving to
uncover the Slovak market. The Slovak Spectator talked to Jean-Michel Giovannetti, president of the French-
Slovak Chamber of Commerce and general manager of Credit Lyonnais Bank Slovakia, about current and
prospective business links between France and Slovakia. Services and infrastructure are the areas in which
France could become an effective partner for Slovakia, he said.
The Slovak Spectator (TSS): Slovakia entered the European Union on May 1 with nine other countries. Are
you optimistic about the economic future of a bigger EU? What might this bring in mutual co-operation between
Slovakia and France? 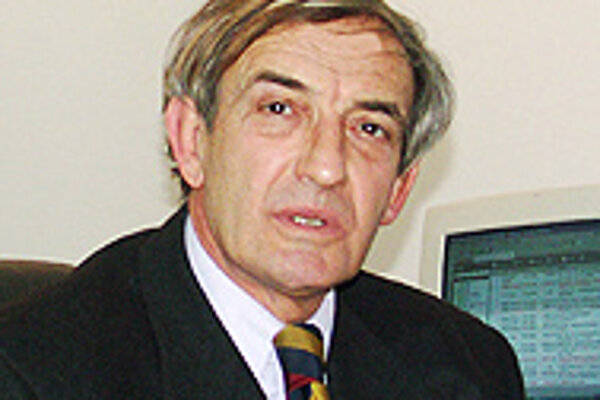 Font size:A-|A+0
ALTHOUGH French presence in Slovakia and the rest of eastern Europe is not traditionally strong, French businesses are currently striving to uncover the Slovak market. The Slovak Spectator talked to Jean-Michel Giovannetti, president of the French-Slovak Chamber of Commerce and general manager of Credit Lyonnais Bank Slovakia, about current and prospective business links between France and Slovakia. Services and infrastructure are the areas in which France could become an effective partner for Slovakia, he said.

The Slovak Spectator (TSS): Slovakia entered the European Union on May 1 with nine other countries. Are you optimistic about the economic future of a bigger EU? What might this bring in mutual co-operation between Slovakia and France?

Jean-Michel Giovannetti (JMG): The French business presence in this region has had almost no tradition. Of course there were exceptions, like Poland, for obvious historical reasons. But French industry is only now discovering this part of the world.

I think, and this is based on my experience as a banker, that it [the co-operation] should develop substantially. The reason being that French industry is looking for new markets and the new EU countries are bound to grow rapidly. Additionally, they are not far from France; it is only a two-hour flight.

The mental structure of our nations is also similar. We think in the same way. Despite the language barrier, French communication with Slovaks is easier than with the Indians or the Chinese. Before Slovakia, I was in Asia for 13 years. There, even if English was perfectly mastered on both sides or you had perfect translators, you could not be always sure that your words would be well understood.

It is not a question of language, but something that I call intellectual structure and basic cultural background.

The language in Slovakia is a big issue, but once you get a translator, communication flows. When you say things, you can be sure that they will be well understood.

That is why I am definitely optimistic. Of course, it might be not easy, because now everyone wants to target these markets. It will take a time, but I think it will work.

TSS: France is the fourth biggest trade partner to Slovakia amongst the old EU15 countries. Can you specify the most important branches in the foreign trade of both countries?

JMG: Cars are playing an important role on both sides. Many cars produced in Slovakia, such as Volkswagen, are exported to France. On the other hand, French cars, like Renault, Peugeot, and Citroen have a large share of the Slovak market. There is also a large share of pharmaceutical products imported from France to Slovakia.

TSS: The volume of French investments in the Slovak Republic represent about $723 million (€598 million) as of the end of 2003, which is about a 7 percent share of overall foreign investments in Slovakia. It doesn’t look like it is a large amount but, in fact, you are among largest investors in Slovakia. In which fields are these investments mostly located?

JMG: First, let me correct this figure. That is the official ranking of France as an investor. It is often wrong and I can explain why.

There are French investments coming to Slovakia through other countries and they can be of significant volume. In the official statistics they might be registered as Austrian, or German, or that of another country. But at the end of the day, they are actually French. This is a factor that twists the official statistics and the ranking is not always accurate. Of course, I cannot tell you the exact number. I suppose this phenomenon exists in relation to other countries as well.

The majority of French investments belong to distribution and trade. We mentioned the auto industry, but so far, French cars are not produced here. They are imported. Of course, after finishing the PSA Peugeot Citroen plant the situation will change.

To mention other sectors, there are pharmaceutical companies focused on distribution. In telecommunications there are some important names like Orange, the largest player on the mobile phone market in Slovakia. Representing the energy sector, Gaz de France owns a 16.3 percent share of the Slovak gas company (Slovenský plynárenský priemysel). Services are also important. For example, Carrefour in retail chains, or Dalkia, which provides services to municipalities.

TSS: What are likely to be the most attractive opportunities for French businesses in Slovakia in coming years?

JMG: That is quite a difficult question but it is possible to identify some areas that are likely to become opportunities for business.

Currently we are waiting for a large investment by PSA Peugeot Citroen. Everything connected to the auto industry will develop; this development has already started.

Obviously, the country needs infrastructure. France is one of the major players for highways, at least in Europe. There is obviously a space there for French companies. Services - that is a part of the economy where there is still space for development.

The game has been open since 1989 and many foreign investors have already entered the market. There are sectors that are already saturated, such as the banking sector.

TSS: Are there any barriers - administrative, legislative or social - remaining that may obstruct the cooperation of Slovak enterprises with foreign investors?

JMG: There are still some obstacles in the purchase of land by a foreign company, and also in defining the legal constraints on the owner of the land. Industries might need huge pieces of land that are sometimes owned by many owners. The process of buying the land by investors thus might delay the whole investment. But once again, I believe it will be solved. There is also a lot of red tape - bureaucracy - in Slovakia, but this exists in France as well.

However, the size of the Slovak market can be a limitation. Of course, it depends on what type of activities you want to undertake. In the past, investors have usually preferred larger markets.

TSS: What are the advantages of the Slovak market?

JMG: The quality of human resources and its low price are big advantages, especially for export-oriented businesses. But in the future there will definitely need to be something else. You cannot base a whole strategy of economic growth on labour costs.

TSS: Slovakia recently adopted a tax reform plan, with a flat income tax rate of 19 percent. Now there are some in Germany, Sweden, and even from France who say countries with lower taxes act as tax shelters, and they call for harmonisation of direct taxes within the EU. Do you think that the low taxation in the new EU countries could harm their relationship with older members?

JMG: That is a touchy issue but I can tell you my personal opinion. If these countries [new EU members] have been invited to join the club, it is for one basic reason: Europe wants to give them a chance to develop. The low taxes are a way of helping them to develop. Objectively, it is a part of the goal to give these countries an opportunity to attract more investment and bridge the gap as soon as possible.

I know that it has been qualified in Germany and France as unfair. I must say I am not shocked at all. I think that it is a part of discussion and reflects different approaches to the development of incoming EU countries.

Second, it is also a sign that the taxation in some European countries like Germany, France, and others is relatively high. They should probably reconsider their tax burden and try to lower it because it is discouraging their own companies from doing business.

TSS: The French-Slovak Chamber of Commerce is one of the most active chambers in Slovakia. Could you mention something of the chamber’s role in developing projects in Slovakia?

JMG: It is basically a business club where French businessmen can meet Slovak partners. One of our primary goals is to help small and medium French enterprises get to the Slovak market to sell their products or look for partners for joint ventures. As I said, French companies have a very vague idea about eastern markets, and they need information. They need to be guided and that is our role.

On the other hand, we would also like to help Slovak companies - again mainly small and medium-size ones - to become acquainted with and oriented in the French market, and show them how they can access the French market. Small and medium-size businesses are still not developed enough in Slovakia but I believe there will be progress. I think Slovaks are creative in the good sense of the word. The country just needs time and courage. You are beginning almost from scratch.

As the French-Slovak Chamber of Commerce, we have one great advantage in developing this co-operation. All the French chambers have a special structure, and all belong to the Association of French Commercial and Industrial Chambers in Paris. If we need some information, we can get in touch with our contacts there immediately. Our contacts in the association act as our “correspondents” in France.