"THOSE who don't know their history are doomed to repeat it," reads the motto of the Institute of National Memory (ÚPN), the state-founded organisation that aims to bring to light facts about the oppression of the Slovak population by the fascist and communist regimes.
The institution, which started full operations in 2003, grants individuals access to information the communist-era secret service State Security (ŠtB) had gathered about them. It also reveals the names of agents and collaborators who served as sources of that information. 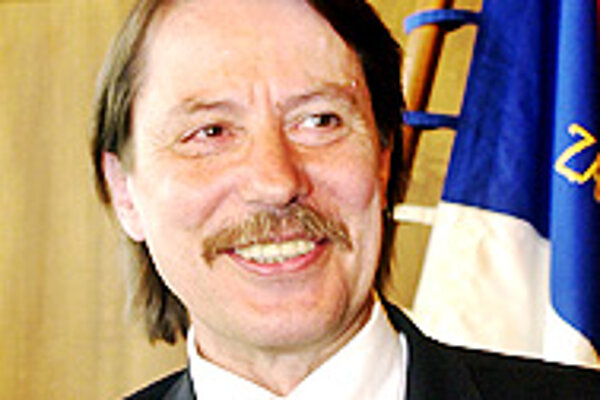 Font size:A-|A+0
"THOSE who don't know their history are doomed to repeat it," reads the motto of the Institute of National Memory (ÚPN), the state-founded organisation that aims to bring to light facts about the oppression of the Slovak population by the fascist and communist regimes.

The institution, which started full operations in 2003, grants individuals access to information the communist-era secret service State Security (ŠtB) had gathered about them. It also reveals the names of agents and collaborators who served as sources of that information.

Over the last year and a half, the ÚPN has received over 4,000 requests for this documentation. The ÚPN bases its findings on ŠtB archives previously administered by the Slovak Intelligence Service (SIS). Those archives, however, are incomplete, as many documents remained in the Czech Republic after the two countries split in 1993.

The ÚPN made headlines in recent weeks when its stepped-up efforts drew criticism from a number of MPs who demanded that members of the legislature be exempt from the organisation's investigations and reports.

Ján Langoš, a prominent figure of the 1989 velvet revolution and Slovakia's interior minister, heads the institution.

On March 23, 2004, a group of three men attacked Langoš, causing him severe injuries. The motives and perpetrators behind the crime remain unknown.

The Slovak Spectator met with Langoš to discuss Slovakia's past, and the future of his institution.

The Slovak Spectator (TSS): What role will the ÚPN play in Slovak society?

Ján Langoš (JL): Almost all of the ÚPN's staff members, whether historians or archivists, are under 30 years of age, and are in no way tied with the previous regime. There is great hope that the ÚPN will be able to offer a different view of the period of oppression.

TSS: All top presidential candidates were members of the Communist Party and three of them have been implicated in collaborating with the ŠtB. Is it possible to change the public's tolerance to the past of public officials?

JL: Yes, definitely. People tend to block out unpleasant and painful memories and create an optimistic, inaccurate picture of the past. Moreover, the work of repressive organs of the communist regime was covered by propaganda, so even contemporaries didn't know the real nature of the secret services' work.

By showing the cruel face of the communist regime we will show that there is great risk in placing our trust in the hands of those who are tied to this regime.

In Germany today, if it comes to light that someone has a Nazi past, that person is finished in public life. People with a Nazi past hide in the darkest of corners. The same should be true of people with a communist past.

The period of coping has been too short. The communist regime collapsed just fourteen years ago. That's not enough to change people's hearts and minds.

TSS: Is the criminal prosecution of those responsible for specific communist crimes still possible?

JL: The ÚPN will be collecting documentation on acts committed during that period that were then criminal under international law, such as crimes against humanity, war crimes, and genocide. We will leave it up to the justice system to decide whether or not to prosecute and punish these crimes.

TSS: What's behind the MPs' efforts to prevent you from digging into and revealing information about their communist pasts?

JL: I don't see into the souls and minds of those critics, and I don't intend to speculate on the issue. We adhere strictly to the law, and those critics, if they are displeased, have no other choice but to change that law.

TSS: SIS boss Ladislav Pittner said in his report on the agency's work that the secret service has rid itself of former ŠtB agents. Are there any other state institutions where they still hold prominent posts?

JL:We will be releasing a register of files later this year that contains the name and date of birth of all persons in which the ŠtB had an interest, as well as a description of the person's relationship with the ŠtB. It also includes the file number and the specification of the organ that made the entry into this registry. This information will be on-line, and top country officials, too, can access it. They can also turn to the ÚPN for information regarding their subordinates. We are not pro-actively looking for such people. But we can provide this information based upon a request.

TSS: Until now, the so-called Cibulka files, an unofficial list of alleged ŠtB collaborators available on-line at www.cibulka.com, has been the only source of information. Is it accurate?

JL: It's almost certain that some people are missing. Once we process the register of files, which is a basic registry, we will be able to verify by comparison the accuracy of the Cibulka files, whose origin still remains secret.

TSS: Has there ever been a case when the information included in the Cibulka files proved to be false?

JL: No. Even in the Czech Republic it has never been proven that the Cibulka files include people who were not real ŠtB collaborators.

TSS: In Slovakia, unlike in the Czech Republic, the lustration law preventing former ŠtB collaborators from holding top offices is not being applied. Can the security clearances of the National Security Office (NBÚ) help clear public life of former agents?

JL: I think they can. Clearance of the NBÚ is just as efficient as the lustration law. The NBÚ uses multiple sources of information. The results are not perfect, but to a certain extent substitute the law.

TSS: How is the effectiveness of that process influenced by the fact that a special parliamentary committee, whose members themselves don't need security clearance, now decides on appeals against NBÚ's decisions on security clearances?

JL: The concept of parliamentary oversight of information services in general is not ideal. MPs are members of political parties and are in some ways subordinate to them, regardless of what anyone says. In Canada, control over the intelligence service is entrusted to the attorney general. The parliament is only responsible for overseeing the budget. When I visited Washington DC, members of the congressional intelligence committee said that their main role was to keep pushing down the CIA's budget. The first to initiate an amendment to legislation on information services in the former Soviet bloc after the collapse of communism was the head of the KGB. Parliamentary oversight came to Czechoslovakia from the former Soviet Union.

TSS: Was the attack on you related to your work?

JL: What happened to me led me to conclude that our work is necessary, that the tasks entrusted to us must be carried out to the fullest extent. It also led to increasing security at the ÚPN.

The ÚPN is now so well prepared to meet its duties, in both technical and personnel terms, that its success is not dependent on me personally.

TSS: Were there other attacks on or threats to the ÚPN and its staff?

JL: The ÚPN deserves a certain degree of protection. That is also true of protecting information. Despite the fact that we have only a portion of the databases, we already administer highly sensitive data. Therefore, I will not answer that question, because it is related to the ÚPN's security.

TSS: How has the investigation of the attack on you proceeded?

JL: That's in the hands of the police now.