IVAN Gašparovič will be sworn in on June 15 as the third president of an independent Slovakia, and the second to be elected in direct elections.
Once a close ally of former PM Vladimír Mečiar, whom he defeated in the second round of the presidential contest, Gašparovič has held a number of top positions since the fall of the communist regime in the fall of 1989, including the post of Czechoslovakia's attorney general and speaker of Slovak parliament. 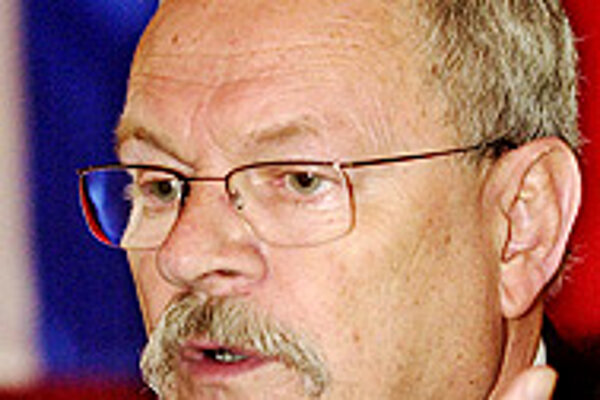 Font size:A-|A+0
IVAN Gašparovič will be sworn in on June 15 as the third president of an independent Slovakia, and the second to be elected in direct elections.

Once a close ally of former PM Vladimír Mečiar, whom he defeated in the second round of the presidential contest, Gašparovič has held a number of top positions since the fall of the communist regime in the fall of 1989, including the post of Czechoslovakia's attorney general and speaker of Slovak parliament.

After leaving Mečiar's Movement for a Democratic Slovakia (HZDS) before the 2002 parliamentary elections, Gašparovič formed his own party, which failed to reach parliament. At that time, he returned to teaching law at Bratislava's Comenius University.

The Slovak Spectator talked to the unexpected winner of Slovakia's presidential race on June 9, just days before his inauguration.

The Slovak Spectator (TSS): Vladimír Mečiar recently said that he knew well in advance he had no chance of being elected president and was ready for defeat. Do you think that is true?

Ivan Gašparovič (IG): (Laughs) I would prefer not to answer questions about the truthfulness of Mečiar's statements.

TSS: What are going to be your first steps after taking office?

IG: (Laughs) I have not thought about that too much yet. I expect the presidential office has already made some plans. I think there will be some meetings with foreign delegations.

TSS: Who will be taking the main positions on your staff?

IG: My good experience with the [Czechoslovak] federal prosecution and from parliament tells me that it is not necessary to make drastic changes right away. You need to examine whether the people holding various positions are professionals, whether they are willing to work. After my inauguration, there will be no large-scale firing. There will certainly be changes as regards the chief of staff and spokesperson. Other changes will follow if they prove necessary.

TSS: Former PM and head of the constitutional court Milan Čič, a top communist-era functionary, campaigned for you actively in the presidential race. Will he be the new chief of staff?

TSS: Can you also specify the names being considered for spokesperson?

IG: There are numerous candidates. I have received around 10 or 11 applications. We have not made a decision yet.

TSS: What foreign trips will you undertake first?

IG: My first official trip will be to the Czech Republic. It is almost an unwritten rule that the first trip always leads there. If nothing comes in between, my other trip will lead to Istanbul, to the summit of the NATO countries' heads of state.

TSS: What will be the main topics you will be focusing on in your early days in office?

IG: In the first place I want to get acquainted with the work of the presidential office. Then I want to make contact with the Speaker of Parliament and Prime Minister, and discuss what are the issues that need to be addressed right away and by what means.

My creed is to avoid bringing negativity into public life. I hope to have a positive influence. I will be very glad if I manage to do that in collaboration with the government, the parliament, and, last but not least, with you - journalists.

TSS: President Rudolf Schuster brought tension into these relations by often returning laws to parliament. Under what circumstances are you planning to take advantage of the president's right to veto laws?

IG: This right is granted to the president by the constitution. One can therefore hardly blame the previous president for anything. The question is whether there were substantive reasons [behind his vetoes], or whether the reasons were political.

I do not want to supplement the parliament, but I do have the right to return a law I do not agree with - but not for political reasons.

TSS: In the upcoming months, the parliament will be deciding about some important measures, which include key healthcare laws and the introduction of tuition fees for university students. Do you plan to veto any of those?

IG: That depends on the climate that will surround the adoption of such laws. If there are many objections, coming not only from the opposition but also from the coalition and from the ranks of those directly concerned, and if there are clear arguments against such measures, then I will.

We can take the University Act as an example - I will first meet with representatives of the students and universities, and subsequently with the competent ministers and the parliamentary committee. I will base my decision on whether or not to return the law on a thorough analysis of the presented opinions.

IG: Although the coalition does not have a majority in parliament, and they really are quite a few votes short of one, it always manages to get its proposals passed. It also manages to keep ministers in their seats. The question is how long that will last.

TSS: Do you think Slovakia should continue its military commitment to the operation in Iraq despite the recent deaths of three soldiers?

IG: I decisively opposed the participation of the Slovak military in operations in Iraq from the very start for several reasons; one of them was the missing agreement of the UN. I still think we should not have gone there.

However, the situation is different today. We have made this decision and we now have certain obligations. Leaving from one day to the other would be complicated both from a political and legal perspective.

Another question is whether our soldiers are doing the things we have agreed to, or whether they are doing something different. In this respect it is very positive that legislators ask the government to clarify these issues.

If the parliament decides that troops should come home, the decision has to be respected.

TSS: EU integration is likely to remain a hot topic in upcoming months. Are you in favour of a referendum on the constitutional treaty if national governments manage to reach an agreement on the document's final form?

IG: A referendum is beneficial whenever the citizen is interested and personally wants to decide upon the issue at hand. In the case of a referendum on the EU constitution, people's decisions would only be based on political orders or prohibitions.

I am convinced that politicians, MPs, and perhaps even cabinet members do not know the draft European constitution well enough to be able to make a decision. If politicians and citizens want a referendum, they should get it, but it will not have the desired effect.