The endless road to perfection

THERE are souls that arrive in this world enriched with clearly defined talents as if their destinies were determined long before they were born. It is clear from the very beginning of their lives what they will do and which way they will go. And such talents normally manifest themselves at a very early age - exactly as happened to pianist Ladislav Fančovič. 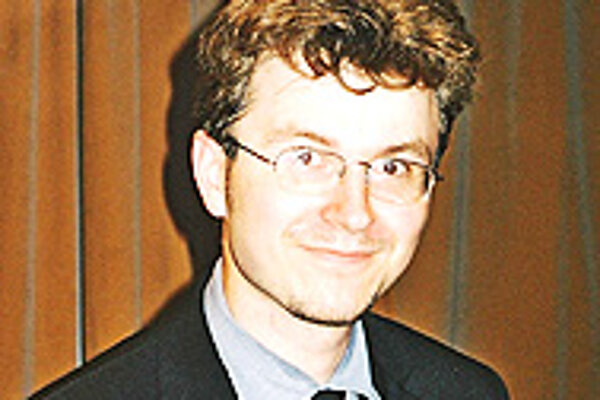 Font size:A-|A+  Comments disabled
THERE are souls that arrive in this world enriched with clearly defined talents as if their destinies were determined long before they were born. It is clear from the very beginning of their lives what they will do and which way they will go. And such talents normally manifest themselves at a very early age - exactly as happened to pianist Ladislav Fančovič.

His parents were not professional musicians, but his father loved music and played trumpet and electric keyboard. He was the first to recognise his son's musical talent and supported the interest of little Ladislav in the keyboard. When Fančovič reached seven, his father took him to a music school. Again, there was no question which instrument to choose.

"From the first days in the music school, touching piano was for me not a learning process but remembering. I was absorbing and integrating new information very quickly. At the age of eight I played for the first time in public. Did I have any fear? Not at all! I was hardly aware of what was happening. Probably I just enjoyed playing piano," Fančovič said.

"These days it's much more difficult and scary for me than before. But in general, I have no fear or stress going on stage. I love to play with big orchestras, I love full public concert halls - it gives me an additional impulse and inspiration."

All those victories were highly merited and opened many doors for the young pianist. He started to be invited to perform with big and small orchestras and to give recitals. Fančovič played with the Slovak Philharmonic Orchestra, collaborated with the Slovak and Prague chamber orchestras, and appeared as a soloist with the Pressburger Philharmoniker.

Now a fourth year student at the Music Academy, in the class of professor Marián Lapšanský, the 24-year-old pianist follows a concert schedule that even more mature pianists do not have. Each season he prepares five new programmes, which means 10 hours of music he has never played before. On the map of his concert trips there are such destinations as the Czech Republic, Germany, Austria, Hungary, Poland, France, Italy, Holland, Spain, and the USA.

Asked what he thinks about participation in international piano competitions, Fančovič said, "First of all it is important to be perfectly prepared. Of course, it requires a lot of work - hundreds of hours of practice. Great concentration during a performance is necessary; because once a mistake is made you cannot correct it later. On the other hand, even when very well prepared, one cannot expect an objective judgment during those competitions. It is really difficult to decide who is better and who is worse - it is all very subjective. And last but not least, it's a question of good or bad luck, which is out of human control."

Fančovič reveals that he plans to participate in the Frédéric Chopin International Piano Competition in Warsaw next year.

Learning, growing personally and artistically, challenging oneself, failing or winning, and being satisfied or bitterly disappointed about the results - these are different aspects of any musician's self-realisation process. Fančovič looks like a person who goes through all those processes with ease and a happy smile.

During his concerts he comes to the stage radiant, relaxed, and quiet. While playing he leans over the keyboard and forgets about the rest of the world. His ability to concentrate is astonishing. His charisma helps him make the public listen in profound silence.

His repertoire is vast; among many other composers, the pianist plays Bach, Bartók, Beethoven, Chopin, Bramhs, and Tchaikovsky. The music of Mozart and Haydn seems to correspond to his own artistic qualities like playfulness, sense of humour, and brilliance.

Fančovič effortlessly masters dynamic contrasts, polyphonic melodic lines, flying rhythms, and transparent, light sounds. "My favourite piece I ever played is Sonata in B Minor by Franz Liszt, and the most difficult to learn was the Third Concerto for Piano and Orchestra by Sergei Rachmaninov. I worked on it for four months!"

These two romantic works have a lot in common. They impress with monumental forms, splendid virtuoso episodes, and sophisticated lyric melodies. A mature approach and clear understanding of the musical dramaturgy mark the pianist's interpretation of Liszt and Rachmaninov. His hands are fast and precise in technically challenging movements; in lyrical moments their touch becomes soft and deep.

Fančovič can express different musical movements equally well - from the most playful and light to the most dramatic and massive. His technique is splendid; his cantilena is profound and vocal. Of course, not yet everything is totally correct. Here and there one can hear small mistakes or notice a lack of practice. The road to perfection is endless, and the young pianist has all the time ahead of him to realise his maximum artistic potential.

"To be a concert pianist these days one needs a perfect playing technique first of all. This is the most important and recognisable requirement. Secondly, personal charm or charisma is necessary to conquer the public. Struggle for perfection and attention to each detail, even the smallest, would be the third condition," said Fančovič.

"And of course, the richness of the inner world of the musician; his emotions and thoughts, his life experiences... everything that wants to be expressed through musical sounds. It exists from the beginning or it does not, one cannot get it from outside."

The young musician lacks none of these qualities, and that is what paves his way to concert halls and the hearts of his listeners.