FOR HUNDREDS of years, Slovakia's fate was inseparably tied with that of neighbouring Hungary. On June 10 The Slovak Spectator met with Csaba Győrffy, Hungary's ambassador to Slovakia, to discuss the problems of the past and prospects for the future of mutual collaboration between the two countries. 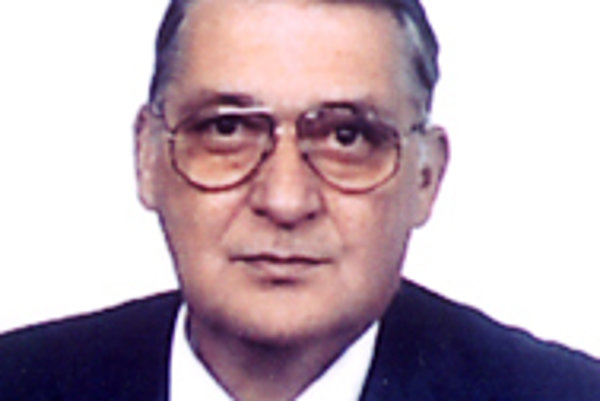 Font size:A-|A+  Comments disabled
FOR HUNDREDS of years, Slovakia's fate was inseparably tied with that of neighbouring Hungary. On June 10 The Slovak Spectator met with Csaba Győrffy, Hungary's ambassador to Slovakia, to discuss the problems of the past and prospects for the future of mutual collaboration between the two countries.

The Slovak Spectator (TSS): Do you think the people of Hungary and Slovakia know enough about each other?

Csaba Győrffy (CG): It's very difficult to say what is enough. I would say that Slovaks and Hungarians indeed do know much about each other for several reasons. Firstly, because the two nations have a common history of a thousand years. This left not only a deep impression in the minds of the people, but also a very rich cultural heritage.

This common heritage includes fields such as arts, literature, architecture, folklore, and everyday ways of life.

Living conditions are very similar in Hungary and Slovakia. This is not only due to historic ties, but also to the wide personal contacts across the border that exist today, including family ties. This makes a solid basis on which the two nations can nurture friendly sentiments towards each other. My personal experience supports this. Occasionally, there are some controversial statements from certain extremist political circles, but I consider this a marginal phenomenon.

TSS: Have the attitudes of Slovaks towards Hungarians been improving in recent years?

CG: Yes. I have been dealing with Slovak-Hungarian relations more intensively for the last two years. My impression is that the rapport between the two nations and individuals is much better.

TSS: What are now the main problems in mutual relations?

CG: Relations between Hungary and Slovakia are intensive and embrace practically all fields of official and human activities. We have had differences of opinion on certain issues, but succeeded in finding common ground for the mutual benefit of both of our countries. This proves that dialogue brings results in bridging differences of opinion and interests.

Being members states of the EU and NATO means that our countries have opted for the same values, which presupposes that an atmosphere of cooperation should prevail. The main challenge for both Hungary and Slovakia is to cooperate with each other to create favourable circumstances that both coutries could make the best use of the opportunities that emerged due to accession.

TSS: Are you satisfied with the current level of business cooperation?

CG: Yes, I am satisfied. The economic cooperation is really intensive and is developing at a fast pace. That's the main feature of our business relations.

During the last 10 years, trade turnover between Slovakia and Hungary increased more than six-fold. Today it has reached €1.5 billion, which is a considerable level.

In par excellance economic cooperation in field of investments there are also very favourable developments. Hungary has become one of the largest investors in Slovakia. Hungarian investments in Slovakia have reached the amount of around $1.3 billion (€1.1 billion). This is mainly thanks to well-known companies such as MOL-Slovnaft, OTP bank, Danubius, Synergon, Sole, TriGranit, and Interfruct. This is a very important aspect in our relations, because investment is able to substantiate an ever-increasing trade turnover between the two countries in the long run.

Possibilities continue to improve. I'm sure that the accession of Slovakia and Hungary to the EU will create even better conditions for our economic relations, simply because economic actors will be able to work and operate under the same conditions. Also, there will be no so-called "closed areas", regarding the companies of other countries. For instance, the public procurement market will also be open for every competitive company.

There is a special area in our economic relationship that is very important and very promising - cross-border cooperation or, rather, regional development. The Slovak-Hungarian border, which is almost 600 kilometres long, is covered with Euro-regions - an intensive collaboration is taking place between companies from both sides of the border.

TSS: Are there still any obstacles that stand in the way of Hungarian investments?

CG: Some time ago, one could talk about legislative barriers. But since we became members of the European Union that has been automatically abolished. European economic actors are [all] governed by the same rules. The EU strictly prohibits any kind of discrimination.

TSS: What are you doing to promote Hungarian culture in Slovakia?

CG: Cultural cooperation is one of the most successful areas in our relations; it is one of our success stories. This is mainly due to the historic and cultural closeness of the two peoples, common history, and the cultural heritage to which I have already referred.

In institutional terms, our cultural cooperation is promoted by the Hungarian Cultural Institute (HIC) in Bratislava. Almost every day one can hear of some event prepared by the HIC. Those include meetings with writers and poets, theatre performances, and others.

We have some projects that we would like to promote at present and in the upcoming future. The year 2004 is dedicated to Bálint Balassi, a famous renaissance poet, born and buried on the territory of present-day Slovakia. This year we are commemorating his life and heritage. A marble monument has been recently erected in Hybe, where he is buried. Events will take place in Zvolen and in some other places of relevance to his activities.

Hungary feels that nurturing the common cultural heritage of Hungary and Slovakia should become an even stronger connecting link between the two nations.

A Hungarian week is planned for this fall, which will be an important event. In this framework the HIC is preparing a series of cultural events concentrated in Bratislava.

We are also promoting cultural projects of a more political nature, namely cooperation in the field of cultural diplomacy. Recently there were consultations between Slovak and Hungarian officials on presenting our common cultural heritage to third countries. This is an ambitious new project and these consultations represent the first steps in this direction.

TSS: What is your opinion about the fact that Slovakia has not appointed an ambassador to Budapest for a very long time, and that there is no indication that it will have one anytime soon?

CG: Yes, unfortunately that has been the case for the past two years or so, but it is up to the government of Slovakia to solve it. It is quite common that countries that have good relations with each other have ambassadors in each other's capitals. We do hope that the Slovak government will soon find a way to send an ambassador to Hungary.

TSS: Is the government doing enough for the Hungarian minority?

The Hungarian government considers it important that Slovak citizens of Hungarian origin should have unimpeded possibilities in preserving and developing their national and cultural identity, their language, and should also have access to education in their mother tongue. The situation in this respect has improved in the last years and we welcome it.

The last important development in this respect is the decision of the Slovak government to set up a university in Komárno, which will use Hungarian as the language of instruction. It will be a very important event for the Hungarian community in Slovakia and the Hungarian government appreciates it.

TSS: Are there any other areas in which you see improvements?

CG: The activities of the Hungarian Coalition Party represent a very important asset for Slovakia's internal politics. They are steady supporters of the democratic transformation of the country and, as a partner in the Slovak ruling coalition, played a very important role in the euro-Atlantic integration process and the accession of Slovakia to the European Union and NATO.

The Hungarian government in its turn also strongly supported the euro-Atlantic integration of Slovakia and rendered concrete assistance to it in all possible forms. It is a matter of satisfaction and an asset for the further development of our bilateral relations that Hungary and Slovakia are both full-fledged members of the European Union and NATO.