Central European TriGranit Development Corporation, based in Budapest, constructed the first large shopping and administrative centre in Bratislava. And although competition on the market is increasing, it plans to take the experience acquired in Slovakia and apply it in other countries of eastern and central Europe. 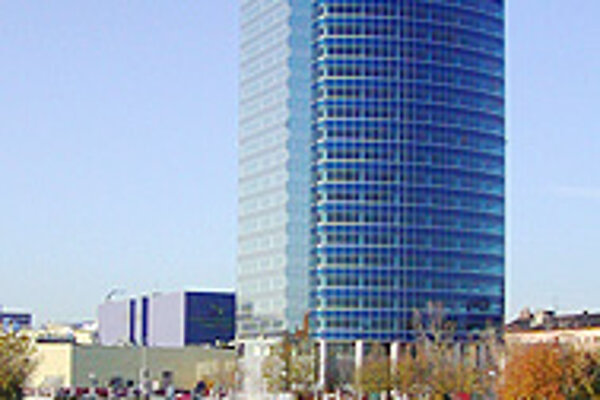 Font size:A-|A+  Comments disabled
Central European TriGranit Development Corporation, based in Budapest, constructed the first large shopping and administrative centre in Bratislava. And although competition on the market is increasing, it plans to take the experience acquired in Slovakia and apply it in other countries of eastern and central Europe.

"In 1996 TriGranit's shareholders decided to build a multi-functional real estate project in Bratislava. Our impression was that this type of meeting and working place was missing from the Slovak market during a time when most foreign investors showed little interest in investing in Slovakia," Jordan L Dermer, TriGranit's chief development officer-international, and Gábor Zászlós, the company's business development director for Slovakia, told The Slovak Spectator.

The overall investments of TriGranit in Slovakia exceed €100 million. The Polus City Center opened in November 2000 and the Millenium Tower I, which is a part of that complex, started operating in April 2001. In December 2003, Millennium Tower II was completed. The company plans to develop a new administrative center adjacent to the Polus City Center on a site of 2.5 - 3 hectares.

However, since the end of the 1990s, several such centres have been developed in Bratislava and the rest of Slovakia, increasing market competition.

"We welcomed the competition to the market as it provides the consumer with freedom of choice but more importantly, it creates pressure on developers and centre operators to provide better services and product for their customers," said the representatives of the company.

Development projects like this are usually a good sign of growing economic activities within the country. They create job opportunities, especially in the fields of construction, operations, security, retail, food, and entertainment.

"In addition, we have witnessed the maturing of the conventional mortgage market, real estate financing markets, and other financial instruments which previously did not exist in Slovakia," added Dermer and Zászlós.

TriGranit is optimistic about its business future in Slovakia and it believes now that the markets have opened in central Europe, Slovakia will benefit from steady economic growth and political stability. The flat tax has received its deserved share of attention from many large foreign companies such as IBM, Volkswagen, Peugeot, Hyundai, Whirlpool, US Steel, Electricité de France, and many others.

"We plan to continue our activities in Bratislava and do believe that the future is very bright for Slovakia. The labour force is skilled and well educated, the country is centrally located, taxes are very low, and living costs are relatively low compared to the EU average," TriGranit representatives said.

TriGranit Development Corporation was founded in 1996, and its main shareholders are AIG-CET Capital Management, the European Bank for Reconstruction and Development, and the international businessman Sándor Demján, who is also the chairman of the National Association of Entrepreneurs and Employers in Hungary.

"The company currently operates in Budapest, Bratislava, Prague, Warsaw, and Bucharest. In 2003 we expanded into the markets of Croatia, Serbia, and Bulgaria where we are looking to develop projects similar to the Polus City Center and Millennium Towers I and II," explained Dermer and Zászlós.