I ARRIVED in Slovakia in September 1991 with a programme called Education for Democracy (EFD). The idea of the programme was to spread democracy by teaching English in both the Czech and Slovak Republics, a bit like the Peace Corps I suppose. I had just finished college and my teaching position with EFD was my first job as a recent graduate. I was 22 years old.
EFD sent us as a group from New York to Vienna. 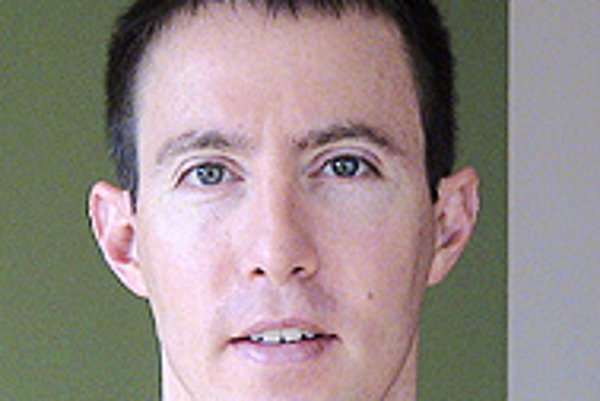 Font size:A-|A+0
I ARRIVED in Slovakia in September 1991 with a programme called Education for Democracy (EFD). The idea of the programme was to spread democracy by teaching English in both the Czech and Slovak Republics, a bit like the Peace Corps I suppose. I had just finished college and my teaching position with EFD was my first job as a recent graduate. I was 22 years old.

EFD sent us as a group from New York to Vienna. We knew that our destination was Slovakia, but not where we would live or where we would teach. Our group spent the first few days in Piešťany, giving us an opportunity to meet other EFD teachers and to learn where we would spend our teaching assignment. Some people planned to spend a year, others less and others more. In Piešťany we learned that EFD would spread us from Košice to Bratislava. The sight of the nuclear reactor on the skyline stands out in my mind.

I taught in two elementary schools - one in Lamač and the other a nearby school called Baťkova. I lived in Lamač in a building that had been a kindergarten.

I taught my English classes in the afternoons after the regular morning lessons. I walked to the school in Lamač and rode about 15 minutes on the bus to Baťkova. My students ranged from fourth to eighth grade.

When we arrived in late 1991, Slovakia had scarcely changed from the time of Communist control. Václav Havel still served as the two-year interim president, and privatisation had not yet begun. Some of the euphoria from the first days of the transition lingered, but we saw a growing frustration with the Czechs and some disillusion with the pace of change.

In Bratislava, old Communist stores lined Obchodná Street. I recall a hardware store, a pizza place, and other Soviet-era shops. It seemed like there was nothing to buy and no way to refill the shelves, given the disruption in relations with other Soviet controlled countries.

From the year that I lived in Bratislava, what stands out most in my mind is the difference between Bratislava at the time I arrived and the time I left. Each week new stores replaced old stores, businesses closed and opened.

We experienced the election campaign of 1992 when [Vladimír] Mečiar rose to prominence, and we heard the rhetoric that led to the eventual split of Czechoslovakia.

I recall listening to Slovaks argue about the need to be freed from the yoke of the Czechs, to be free from their "Czech brothers", I think was the term.

In Lamač I shopped at a small strip of stores where there was a grocery, a butcher shop, and a few others. The food on the shelves was different, but the lack of selection was even more striking. Foodstuffs were packaged in glass jars with plain labels, quite the opposite of consumer appeal. As a Westerner, I was accustomed to packaging to encourage the purchase of the product. Here it felt as if packaging existed solely to label the contents. In the end, appeal was irrelevant because there were so few products to purchase.

A close American friend who I spent evenings with was vegetarian. When I think about eating out, the first thought is vyprážaný syr - fried cheese. For much of the year, this was one of the only items my friend could order.

But again, the change during the time we lived in Bratislava was amazing. By mid-1992, Corleone's, an Italian restaurant, opened, and they served salads and Western-style food. A vegetarian restaurant even opened. We witnessed the beginning of transition.

Sitting to write this brief summary of my experience brings to my mind many images and thoughts not referenced in many years. I have not returned to Bratislava since 1992, and I cannot imagine the difference. As I reflect on my experience and the transformation of Bratislava and Slovakia, it forces me to realise the tremendous change in my own world. We did not have email, the internet, or cell phones. Without these inventions to facilitate communication, it feels as though we lived in Bratislava during a different era. Our experience there was far more isolated than a similar experience would be today.

Memories that come to mind: In the winter, university students hung dairy products out the windows to keep them cold; Eastern Bloc cars, such as Trabants, Wartburgs, Dacias, and Skodas, dominated the roads; the busses were Hungarian; the food at the school cafeteria was made with industrial equipment; the cleaning ladies wore those strange shoes that laced up to the calf; the construction workers sipped beer at the beer stand around 8:00; coffee was served with the grounds at the bottom of the cup. I recall paperwork being typed in triplicate (or more). Typewriters and carbon paper were omnipresent.

Each memory is followed by the query "how are Bratislava and Slovakia today"?

When I got paid it was always in cash. Green Sk100 notes printed in 1964, dominated by agrarian and communist themes. Even at that time, it seemed absurd to see the outdated images circulating. In terms of dollars, the salary was small, but we had enough to live on.

I had hoped to return to Bratislava before my youngest students continued on to college, but the opportunity did not present itself. For many of the students I was the first American that they had met.

This makes me recall that we lived in Bratislava immediately after the end of the Cold War. The Cold War itself feels so distant. How unimaginable that one half of the world was isolated from the other.

It also seems strange to consider the uncertainty of the time when I lived in Slovakia compared to the country's entry into the European Union. In 1991 and 1992 it felt like EU membership would be much farther away. How could the country have changed enough in 12 years to join the EU? I cannot imagine.

The time was characterised by uncertainty with respect to everything; employment opportunities, government services, salaries, the government, the nation.

Much of the debate centred on the creation of an independent Slovakia and the need to create a Slovak identity, apart from the Czechs. I wonder how those who argued this position feel about joining the European Union. Do they feel that their Slovak identity has been swallowed by the EU?

How enjoyable it is to get lost inside one's own mind and recall moments so distant from the present. I currently live in Bogotá, Colombia and teach in the Economics Department at the University of the Andes. I have little contact with Slovakia today, but I hope someday to take my family to Bratislava and show them where I lived and the schools where I was the first American.

After leaving Slovakia I lived in Washington, DC for two years and then began graduate studies in agricultural and resource economics at the University of California, Berkeley. I graduated with a PhD in May 2001, and along the way I met and married my Colombian wife and our first son Dario was born. Our second son, Simon, was born in December 2001.