FOLLOWING months of negotiations, EU leaders were able to strike a deal on the Union's future constitutional arrangements on June 18, 2004.
The rough draft of what has become the recently approved Treaty Establishing a Constitution for Europe was prepared by the European Convention involved the EU-15 states, the ascending countries, and key EU institutions.
The convention started its work in early 2002 and put forward a non-binding draft of the EU constitution to be deliberated upon by an intergovernmental conference in July 2003. 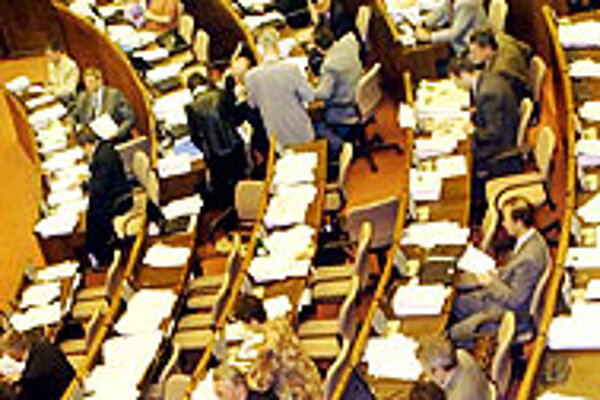 Font size:A-|A+0
FOLLOWING months of negotiations, EU leaders were able to strike a deal on the Union's future constitutional arrangements on June 18, 2004.

The rough draft of what has become the recently approved Treaty Establishing a Constitution for Europe was prepared by the European Convention involved the EU-15 states, the ascending countries, and key EU institutions.

The convention started its work in early 2002 and put forward a non-binding draft of the EU constitution to be deliberated upon by an intergovernmental conference in July 2003.

The first attempt to get all 25 states of the enlarged EU to agree to the deal took place in December 2003, under the Italian presidency. It failed to produce results, mainly due to disputes over the decision-making mechanisms to be used within the Union.

Now, it appears that all sticking points have been resolved.

The Treaty, likely to exceed 300 pages in length once all the recently agreed-upon modifications are worked in, is split up into four parts. The first part defines the Union and its objectives, along with a list of competencies, institutions, and the mechanics behind EU financing and membership in the Union.

The second part of the Treaty is made up of the Charter of Fundamental Rights of the Union. Moreover, the EU will accede to the European Convention for the Protection of Human Rights and Fundamental Freedoms, first approved in 1950 by the Council of Europe, an organisation independent of the EU.

In Slovakia, the pledge to make these rights a part of EU law has raised criticism from the Christian Democratic Movement (KDH), which sees a threat to its Christian doctrine in some of document's vague formulations.

The third and most extensive part of the Treaty is devoted to the policies and function of the Union. Part four includes only general and final provisions.

One of the fiercest battles of the debate on the Treaty was about the document's preamble. A block of states, Slovakia among them, demanded that the mention of Christianity be included in the text, a notion firmly opposed by secular France and others.

Neither Christianity nor God made it into the constitution, which entails only a reference to the "cultural, religious and humanist inheritance of Europe, from which have developed the universal values of the inviolable and inalienable rights of the human person, democracy, equality, freedom and the rule of law."

The objectives of the Union will remain much the same as they have been over the years - to promote peace, to offer an area of freedom and justice without internal frontiers, a free internal market, and to work toward territorial and social cohesion.

The Union also strives to attain "balanced economic growth and price stability, [and] a highly competitive social market economy, aiming at full employment and social progress," according to the document's final wording.

The Treaty clearly defines the EU's powers - the Union will have only those competencies conferred upon it by the constitution, leaving all others up to the member states.

The EU is to have the exclusive right to regulate issues related to the customs union, competition on the internal market, monetary policy regarding Euro-zone countries, maritime protection, and common commercial policy.

The Union will share powers with member states in a number of areas, including the internal market, social policy, justice, the environment, transport, and consumer protection. In these shared areas the EU will, based on the principle of subsidisation, deal only with such issues that are better resolved on a European level as opposed to a national level.

In foreign policy, the EU will have the power to define and implement a common foreign and security policy, including the progressive framing of a common defence policy, with the potential of leading to a common defence, should the European Council so unanimously decide.

The law of the EU will have primacy over the laws of individual EU countries.

Lawmaking will continue to be divided between a number of institutions - the directly elected European Parliament (EP), the European Commission (EC) made up of representatives selected by member states, and the Council of Ministers comprised of representatives from the 25 states' cabinets.

Decision-making within the Council was one of the most sensitive issues in the debate on EU's constitution, where small countries such as Slovakia strived to prevent domination by European giants, while larger states sought to attain a fair share of power for their larger populations.

For the finalisation of the deal, the Council of Ministers, which enacts legislation along with the EP, will decide on all but the most important issues by a qualified majority.

That means that, given today's number of EU members, any proposal will need the support of at least 15 council members who represent at least 65 percent of the Union's population. A blocking minority on the other hand, must include at least four council members.

This voting mechanism will apply to the legislation of drafts brought forward by the EC or the EU Foreign Minister, which will be the normal protocol.

If the council is acting on the behalf of a member state, however, as will be the case in key areas such as financial, judicial, or civil affairs, the number of states backing the draft needs to be at least 18.

Among Slovakia's priorities was to ensure that the present mechanism of assigning posts in the EC, which ensures each country a seat in the executive body, remains unchanged. That demand however, did not materialise, and EU leaders decided that the number of commissioners will be reduced to two-thirds of the number of member states in 2014.

The Treaty includes a number of modifications to the Union's organisational structure.

The European Council, an assembly of the heads of member states, will now elect its president, replacing the current rotating system.

A new post, Minister for Foreign Affairs, responsible for the EU's defence and security policy, is also to be created.

Another innovation included in the Treaty is the right for states to end their membership in the Union. Previous regulation did not make this possible.

EU states will now have two years to ratify the Treaty in parliament or by referenda. It is unclear just what will happen if that process, which is expected to be problematic in a number of countries, fails.