DID YOU know that the GNP of The Netherlands is just as big as that of the 10 recently acceded countries together, and that it is the seventh largest investor in the world? During an interview with The Slovak Spectator, Laurent L Stokvis, ambassador of the Netherlands to Slovakia, said he was confident that Slovak entrepreneurs would soon discover the Netherlands as an excellent place to set up their international headquarters.
The Slovak Spectator (TSS): Following Germany, the Netherlands is the second biggest investor in Slovakia. Do you feel that the potential for business contacts between the countries has been fully explored? 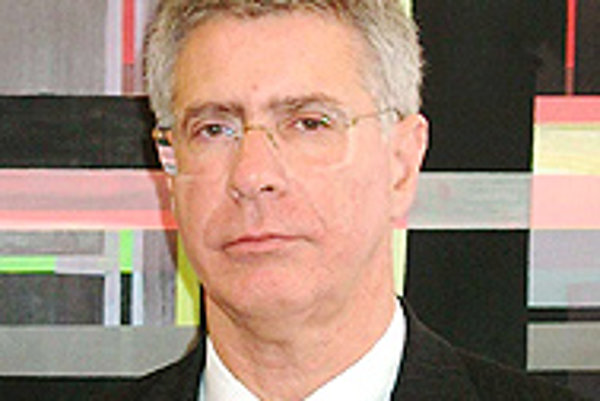 DID YOU know that the GNP of The Netherlands is just as big as that of the 10 recently acceded countries together, and that it is the seventh largest investor in the world? During an interview with The Slovak Spectator, Laurent L Stokvis, ambassador of the Netherlands to Slovakia, said he was confident that Slovak entrepreneurs would soon discover the Netherlands as an excellent place to set up their international headquarters.

The Slovak Spectator (TSS): Following Germany, the Netherlands is the second biggest investor in Slovakia. Do you feel that the potential for business contacts between the countries has been fully explored?

Laurent L Stokvis (LLS): Asking the question is answering it. As the visit of the January visit of Dutch Minister Karla Peijs to [Slovak Economy] Minister Pavol Rusko, showed, we are only at the beginning of our economic cooperation. However, it is fruitful already. Some large and internationally operating Dutch companies invested early in Slovakia, even though your country has only been an EU member since May, and enlargement is an immense stimulus for further investments.

In the Netherlands there are about 100,000 small and medium-enterprises that could become active on the internal market, and I know that in Slovakia there are several thousand such enterprises that need just a little push to venture out to meet the EU's 450 million consumers.

To put a figure on the potential: Do you know that the GNP of The Netherlands is as big as that of the 10 recently acceded countries together? Do you know that we are the seventh largest investor in the world and that we are the ninth on the WTO list of trading partners in the world? And in fact, some Slovak firms have already found out - if you look at the trade balance you find that it is already positive for Slovakia at the moment. The potential is not fully explored.

TSS: If you were to name the largest and most significant investors in Slovakia, who would be on the list? What areas of Slovakia's economy could be of further interest to Dutch investors?

LLS: We certainly have to start with the brewer Heineken, the Vráble-based Pal-Inalfa, Q-nova from the electronic components industry, and paper mill Kappa Štúrovo. Then there are the services represented by ING Bank and Life Insurance Company. Aegon, a large insurer, just entered the market. Union, another insurance company, is part of a large international group in this field.

If you push me to name a sector, I think that all are eying the automotive sector, which is becoming very attractive, as the large automotive producers need components suppliers. Slovakia has a long tradition in metalwork, which is another attractive sector. I would also name electronics and transport.

However, I also think that, even in investments, a "one-way street" will soon become a matter of the past. The Netherlands is also a very good place to invest, and if Slovak companies need a European headquarters, they should think about my country. In fact, some almost symbolic FDI is already heading to the Netherlands, and that is how it should be. It should not be a one-way street.

TSS: During his May visit to Slovakia, Dutch Agriculture Minister Cees Veerman said that the primary interest of the Netherlands in regards to EU enlargement is not to increase the export of their own products to the new member countries but rather to help the new members to develop their agricultural sectors. Is there any concrete form to this assistance?

LLS: There are many misconceptions about international trade and investments in agriculture. We emphasise the need for a more sustainable, globally competitive, and globally accepted agriculture, which produces in an environmentally acceptable manner. We have this goal high on our agenda for the presidency.

The Netherlands has a very strong agricultural base. At our universities, research and applied agriculture centres have generated such a volume of knowledge that we actually have more than we could use alone, and we wish to share this potential. We have been cooperating with the Agriculture Ministry of Slovakia in training its staff members to handle EU processes. We have carried out a number of projects both in the environmental and purely agricultural spheres, for example, introducing a new high-tech pig farm or new varieties of fruit trees, as well as work on hygienic codes. We have also pursued a number of exchange programs in the field. We have a long history of cooperation with the Agriculture University in Nitra.

TSS: Your country has been very active in supporting the non-governmental sector, especially in the sphere of human rights and the Roma community. Will this trend continue in the future? Slovakia should also gradually grow into a donor role, helping countries in acute need.

LLS: A compliment is due. The NGO sector in Slovakia is uncommonly developed and strong. This sector contributed a lot to Slovakia's transformation. The Netherlands has worked with great enthusiasm with different NGOs here under the umbrella of MATRA, a programme for societal transformation. We have already contributed over €30 million over the last decade.

We will continue this support, but at a decreasing level. However, even when we are not able to continue these programmes, we expect that the relationships with the NGOs here and in the Netherlands have grown so strong that these ties will survive.

The knowledge that the NGOs gathered here can now be used to help other countries in need, mostly in the East. You have been through the transformation process and now you can share this knowledge. There are possibilities for tri-lateral cooperation between Dutch, Slovak, and third-country NGOs.

TSS: The Netherlands introduced a two-year transition period for the free movement of labour within the EU. Are the Dutch seriously concerned about Slovak workers invading the Dutch labour market?

LLS: It was not really our first intention to take that measure. The first analysis showed that there would not be a need for it. But one continental country after the other started taking that step. On the top of that, in the Netherlands, the economic climate has changed very quickly and our unemployment has doubled in a year. The proposal that the Dutch cabinet put on the table was rejected by the Dutch parliament and we came to this solution, which is not fully a transition period, because it still allows a restricted group to enter. And has this anything to do with the Slovak labour force alone? No, this is the result of bigger situation. Moreover, the measure is only for two years with the possibility of revision after one year.

TSS: Do you feel that Slovaks and the Dutch know enough about each other? What are the most important cultural projects that the Netherlands promotes here? Is the potential of tourism between the countries fully realised?

LLS: We know quite a lot about each other, but not enough. I am very confident that knowledge will quite naturally develop. Tourism is a very powerful method of getting acquainted. Slovakia has already attracted a lot of tourists and I hope that even more Slovak tourists will discover the Netherlands. I am already surprised how many people know the Netherlands here. Of course, the culture is another important factor.

We are engaging in quite a rich cultural programme during our EU presidency. There will be a nice glass exposition opening on the first of July. That day we will also have a concert by the Symphonic Orchestra of the Vrije Universiteit of Amsterdam and in October we will bring to the stage Handel's opera Agrippina. We also hope to draw attention to literature and right now we are supporting a film festival and a special documentary festival. We are basically present there at all the important international festivals.

TSS: The Netherlands will take over the rotating EU presidency at the end of June. What are the priorities of the presidency?

LLS: The presidency is in a line of presidencies, which means that we are following the annual programme we set up with the Irish presidency and the several-year programme. Some highlights include the Lisbon process, the external policies of the EU, and issues of security, justice, and terrorism. The Netherlands also plans to draw attention to the foundations of European integration, in which key elements are a community of law and a community of values.

We will devote special attention to asylum seekers and migration, especially the Dublin regulation, the protection of regions, biometrics in identification documents, and a visa information system that will make the integration of new members possible. We are going to prepare the signature of the constitutional treaty. Perhaps we will even see the first referenda on the EU constitution during our presidency.