THE CULTURAL centre Stanica Truc sphérique in Žilina will present part of the European art festival Togetherness, coordinated by the Warsaw theatre group Makata, on July 2. The international project presenting music, theatre, and film takes this year's inspiration from Ruthenian culture.
"The festival's mission is to discover European cultural heritage, and to bring people and European cultures closer together through art. It is mainly dedicated to young people, that's why it most often reaches for alternative art, which is closer to the younger generation," said Artur Lis, the director of the festival and the Makata group. 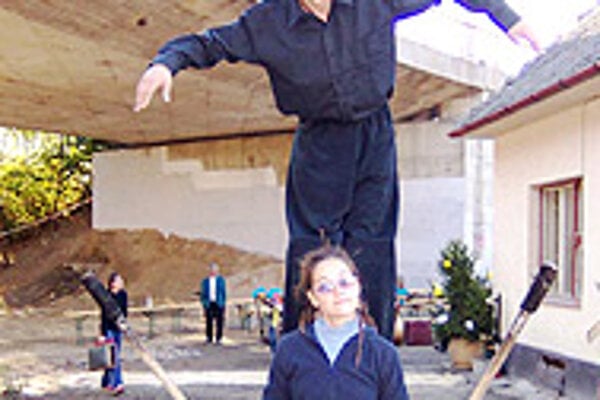 "The festival's mission is to discover European cultural heritage, and to bring people and European cultures closer together through art. It is mainly dedicated to young people, that's why it most often reaches for alternative art, which is closer to the younger generation," said Artur Lis, the director of the festival and the Makata group.

The festival will take place in Slovakia for the first time in its three-year history, thanks to long-term cooperation between the Makata group and the Žilina centre.

The International Street Parade will begin in the centre of Žilina at 19:00 on Friday, and then lead visitors to the Stanica Truc sphérique's cultural centre, located in the Žilina-Záriečie train station. The main programme will open there at 19:30. Slovak, Czech, and Polish performers will hold concerts, theatre plays, fire shows, and discussions.

The programme will start with the results of the last year's expedition, tracing old Slavic rituals across central Europe. The Makata performers will deliver a large street show, entitled Dialogues, based on pagan customs, traditions, and rituals.

Along with the cultural programme, the festival will also hold workshops for young artists and organise expeditions to the Ruthenian region, which spreads across the southern slopes of the Carpathian Mountains, including Slovakia, Poland, and Ukraine. Makata will then use the findings as the basis for a new performance next year.

"The theme of Ruthenian culture was chosen because Ruthenians are an ethnicity inhabiting territory across several states of Europe," said Robo Blaško from Truc sphérique. "Another reason is the strong accent on song and human voice in their culture. It is song that is the strongest universal communicative language of the entire international project."

He explained that the idea for this year's theme took its root from the Road to the Station project in 2003, where Polish and Slovak institutions were amazed by the performance of the Ruthenian vocal trio Derevjanky.

"Old traditions and rituals still attract young people; they are a way of discovering one's own identity and often serve as an inspiration for contemporary art, especially in song and music. On the other hand, this project does not intend to conserve traditions in a museum form but to transform them into artistic language. We do not want to preserve folklore in an artificial way - we want to communicate it to spectators via the living language of contemporary art," Blaško said.