THE SLOVAK Parliament has officially asked to see the contracts that Slovakia has signed with the twin car giants, Korean Kia and French PSA Peugeot Citroen, opening a new chapter in the steaming debate over whether the Slovak cabinet should disclose information on stimuli to foreign investors in Slovakia.
In an analysis, the Justice Ministry claimed that the disclosure of any information pertaining to public finances violates the law on free access to information. 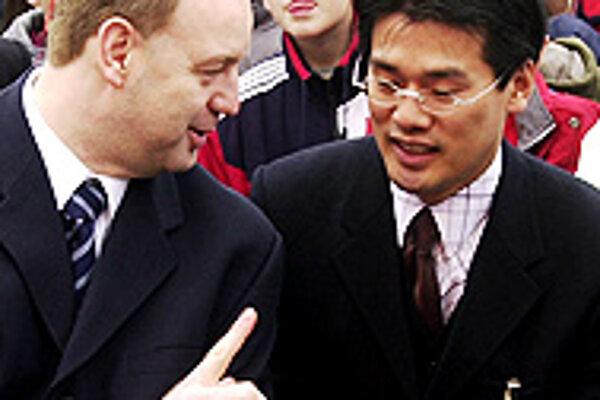 Font size:A-|A+0
THE SLOVAK Parliament has officially asked to see the contracts that Slovakia has signed with the twin car giants, Korean Kia and French PSA Peugeot Citroen, opening a new chapter in the steaming debate over whether the Slovak cabinet should disclose information on stimuli to foreign investors in Slovakia.

In an analysis, the Justice Ministry claimed that the disclosure of any information pertaining to public finances violates the law on free access to information.

The Dzurinda cabinet requested that Economy Minister Pavol Rusko, who originally had asked that the information on state aid to foreign companies be classified based on the request of investors, take a stand on the parliament's request.

Rusko said he would ask the investors to define what they consider publishable and what should not be exposed to the public eye.

The top management of PSA Peugeot Citroen immediately responded that whenever the company operates it respects local legislation and the same should apply to Slovakia.

Alain Baldeyrou, director general of PSA, told the news wire SITA that the decision was up to the Slovak government and that PSA would respect it.

However, the company added that the document also contains technical specifications and trade secrets that have a direct impact on the competitive advantage of PSA, and it is obvious that these should not be disclosed.

According to the financial daily Hospodárske noviny, carmaker Hyundai/Kia should not cause problems for the disclosure of the data as Chung Mong Koo, the company's president, has already said that it is more or less a matter for the Slovak government to decide what it makes public.

Rusko said he would make sure that all the information that pertains to public funds were made public.

He also claimed that he had received a statement from the Korean company two months ago in which it opposed the disclosure of the contract.

However, experts say there should be no confusion about what should be made public.

"The Slovak Cabinet is obliged to publish the texts of materials (proposals, reports, and analyses) submitted at the sittings of the parliament. Only classified information, personal data that pertain to an individual's privacy, data that are subject to commercial secrecy, or information pertaining to criminal prosecution remain concealed.

"It is impossible to conceal information that pertains to the handling of tax money, including the property of the state and its municipalities," Ján Hrubala, head of Slovakia's anti-corruption department, told The Slovak Spectator (See the interview with Hrubala on this page).

The analysis, which raised tempers within the ruling coalition, claims that even if an investor requests that the details of a contract be classified, the Economy Ministry should not automatically be able to meet the request and must explore which parts can be classified based on the valid legislation.

The contracts cannot be classified in their entirety but only classified information blacked out, reads the document.

Currently, classified information, personal data subject of the privacy act, data that is protected by business confidentiality, and information that pertains to court proceedings or criminal prosecution can be kept out of the public eye.

Legal experts also said that the parliament's request does not directly oblige the cabinet to declassify the contracts.

The vote on the issue revealed further discrepancies within the ruling coalition when only the Slovak Democratic and Christian Union (SDKÚ) and the New Citizens Alliance were against the parliament's requesting for declassification.

Tomáš Galbavý of the SDKÚ accused the Christian Democrats and the Hungarian Coalition Party of disregarding a gentlemen's agreement that the coalition parties would not vote against the interest of their partners when voting for the disclosure of the document.