AN ANNUAL report on human trafficking released by US Secretary of State Colin Powell assessed Slovakia as a country that does not meet the minimum requirements to eliminate human trafficking. However, it "is making significant efforts to do so".
As if to underscore that claim, Slovak and Czech police forces recently broke up an international criminal group trafficking in women . 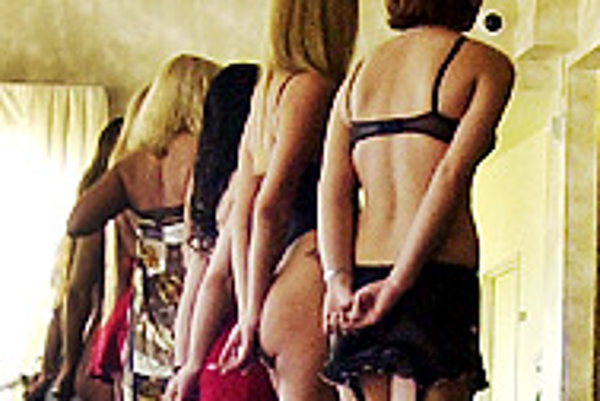 Font size:A-|A+  Comments disabled
AN ANNUAL report on human trafficking released by US Secretary of State Colin Powell assessed Slovakia as a country that does not meet the minimum requirements to eliminate human trafficking. However, it "is making significant efforts to do so".

As if to underscore that claim, Slovak and Czech police forces recently broke up an international criminal group trafficking in women .

The fourth annual Trafficking in Persons Report claims that Slovakia is a transit and source country for trafficked victims. It further points out that Slovakia is lagging behind in the protection of victims and prevention, which may be ascribed to insufficient funding. Victims and potential witnesses distrust the police, as they are often deported as illegal immigrants, the report adds.

The report also notes that the Slovak police arrested human traffickers last year that had been cooperating with six trafficking networks.

"At the beginning of 2004, the Interior Ministry increased the size of the police anti-trafficking unit and elevated it to the status of a department," reads the report.

The positive trend was confirmed on June 22, when an international criminal group trafficking in women was broken up by the Slovak and Czech police forces.

The Slovak police announced at a press conference later that day that they had filed charges against 15 Slovak citizens and the Czech police were charging two Slovaks and eight Czechs for setting up and supporting a criminal group and human trafficking. Those accused worked in the hostess agency Eli based in Nitra, western Slovakia.

Through advertisements, interviews, and castings they selected young women to work solely as exclusive hostesses. The women were promised quick and high earnings, independence, and the possibility to travel all over the world, the daily SME wrote.

Professional makeover consultants worked on the selected women and photographers prepared portfolios for them. Then the criminals forced the women to sign contracts that included a duty to satisfy all of their clients' wishes, including sexual services. When the women refused to sign such contracts, they were threatened with a Sk50,000 (€1,251) fine, which resulted in many of them changing their minds.

Those women who gave in were then offered on the Internet to clients from all over the world.

Police Vice-President Jaroslav Spišiak told the press conference that the clients came from countries such as Japan, the United States, Denmark, Greece, Hungary, Italy, and the United Kingdom.

"The hostesses travelled to meet them, and the client covered the expenses for the whole trip in cash. However the women had to return the money to the agency and received only their salaries," Spišiak said.

The firm was active in Slovakia from 2000 and it later set up a branch in the Czech Republic.

"It is necessary to say that many of the women did not mind the work at all," said Spišiak, adding that that did not change the fact that the company was still committing a crime.

During the raid, police carried out six house searches and 16 searches of commercial premises.

They only managed to arrest seven people; the rest had left the country. The investigators have proposed that the detained suspects be prosecuted in custody. In the event that their criminal activity is proven, they could receive exceptional prison terms.

Those accused include famous photographers and makeover consultants.

However, Spišiak stressed that the house searches are continuing and investigators may still extend their charges against some of them to also include tax evasion or other crimes.