INDIA hopes to take the economic lead in Asia, relying on its strong and viable private sector and sustainable growth, said Indian Ambassador to Slovakia Mysore Kapanaiah Lokesh in an interview with The Slovak Spectator. The ambassador is confident that, for Slovakia, India will not remain a country known only through history books or art encyclopaedias, and that real experiences will bridge the geographical distance and cultural differences between the countries. 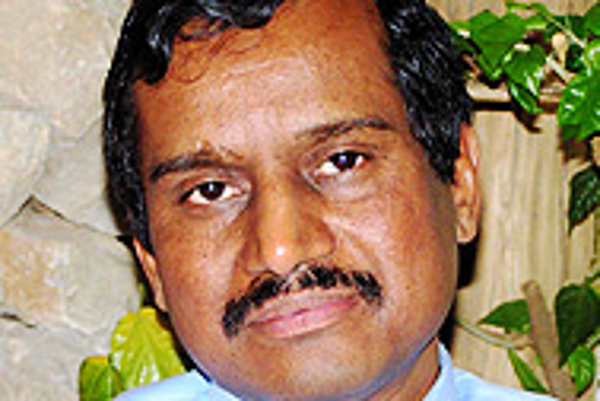 Font size:A-|A+  Comments disabled
INDIA hopes to take the economic lead in Asia, relying on its strong and viable private sector and sustainable growth, said Indian Ambassador to Slovakia Mysore Kapanaiah Lokesh in an interview with The Slovak Spectator. The ambassador is confident that, for Slovakia, India will not remain a country known only through history books or art encyclopaedias, and that real experiences will bridge the geographical distance and cultural differences between the countries. He stressed that India offers a market of one billion potential consumers for Slovak products, while Slovakia, with its EU membership, can become a gateway for India to the European market.

The Slovak Spectator (TSS): India and Slovakia are very different in their history, culture, and geographical locations. What are the things that connect these two places?

Mysore Kapanaiah Lokesh (MKL): Despite the geographic distance, there have been historical links between the two countries. The migration of the Roma community long ago is one such instance. The litterateur Tomaskov wrote compositions in Sanskrit in the 19th century, while Mahatma Gandhi's works on non-violence were published in the Slovak language.

While the historical links are sketchy, what is certain is that the common historical experiences of the two countries have moulded our contemporary policies. Nehru, who visited Czechoslovakia, including Bratislava, as a representative of the Congress Party, which was fighting for independence in India, was distressed by the situation that this country faced in 1938. He noted in one of his speeches, "I spent some time in Czechoslovakia and came in contact with numerous people. I returned full of respect for the admirable temper of the people in the face of grave danger and unexampled bullying, who kept calm and cheerful, eager to do everything to preserve peace, and yet fully determined to keep their independence. All of our sympathies are with Czechoslovakia."

TSS: Do you feel that the potential for contact between Slovakia and India has been fully explored? What are the areas in which the countries could work together?

MKL: Our links with independent Slovakia are less than 10 years old, so I assume that they will grow both in volume and quality. We share a common viewpoint on many global issues, such as the fight against terrorism, environmental protection, reform of the United Nations Security Council, and nuclear non-proliferation.

In its April 14 issue this year, the Far Eastern Economic Review stated, "an eye-popping 10.4 percent GDP growth in the quarter ending in December has excited hopes that India will become the next China, but expectations need to climb even further. India's growth model promises more stable and sustainable expansion and larger returns for investors than China or other adherents of the East Asian development strategy have delivered.'

India offers a market of one billion people for Slovak products. Similarly, Slovakia, with its membership of the European Union, can become a gateway for India to the larger European market.

TSS: How would you evaluate the Indian business presence in Slovakia?

MKL:The former Czechoslovakia was a major economic partner for India, ranking third among India's trade partners from the East European countries, and in 1989 it became the second. Similarly, among the developing countries, India became the third largest trade partner of Czechoslovakia in 1986 and was thereafter the second largest partner in Asia after China. Consequent to the division of the country, our trade with the Slovak Republic is small, currently at the level of $70 million (€58 million) but this is still a significant amount in the region. We need to do more to exploit the economic opportunities in each other's markets.

TSS: What are the spheres in which India could learn from Slovakia, and what could India offer to Slovakia? What areas of the Indian industry could be attractive for Slovak businessmen who might consider running a business in India?

MKL: We have a well-functioning partnership with Slovakia in the defence sector. We have been importing armoured recovery vehicles and other equipment from Slovakia. Its expertise in mine breaching technology and modernisation of T-72 tanks would be useful for us as well. Indian companies are interested in Slovakia's heavy-duty equipment and Slovak experts have already visited India to share their experiences. In the leather, textile, and pharmaceutical sectors we have complementary relations.

Currently, Slovakia is emerging as a major car producer. India is already a major manufacturer of automobiles in the world. The total turnover of this industry in India was $13 billion (€11 billion) in this sector between 2002 and 2003.

Revenue from exports of IT and related services is expected to reach $57 billion (€47 billion) by 2008, according to a McKinsey report. Of 500 global companies, 220 outsource their software from India. Out of the world's 117 SEI CMM level-5 [the highest level of certification for IT support] companies, 80 are from India. These are some of the areas where Slovakia could benefit through cooperation with India.

Then there is the agriculture sector. India is the second largest milk producer in the world and it can also share its experiences from the green revolution.

There are a large number of sectors in which we can learn from each other.

TSS: India is a country with an immense cultural and historical heritage. Slovak children learn about your country from their history books. Do you feel that Slovaks know enough about your country? What aspects of Slovakia are of interest to the Indians?

MKL: I feel very comfortable in Slovakia. Slovaks are friendlier than many other European nations. Once the language barrier falls, they are very open. I was surprised by how many Slovaks are interested in Indian culture and in the spiritual and philosophical aspects of India. There is an immense interest in Yoga and many Indian books have already been translated into Slovak. Unfortunately, it is not the same about Slovakia in India. Perhaps because Slovakia is such a young nation and, in the past, was part of the Hungarian empire, and then later existed as Czechoslovakia. It will take some time before people understand the changes eastern Europe has been through.

TSS: Even under the communist regime, Indian students studied in Slovakia under various exchange programmes. Is this trend preserved? Are there possibilities for Slovak students to study in India?

MKL: Indeed, we would like to encourage Slovak students to study in India. We offer a few scholarships to Slovak nationals to undergo long-term as well as short-term courses in Indian academic and technical institutions. We are in touch with the local authorities to ensure the full use of these slots. Indian educational institutions are known to offer high quality education at affordable costs.

TSS: Could Slovakia become an attractive tourist destination for Indians?

MKL: No doubt, Slovakia is a very attractive destination for any tourist both in terms of its natural beauty and affordability. Its natural spas, if marketed properly, could be a major attraction for Indian tourists. Similarly, India is a paradise for tourists with its diverse attractions in architecture, historical monuments, wildlife sanctuaries, and beaches. We are trying to bridge the information gap that exists between the two countries. I think there is a realistic chance that Indian tourists discover Slovakia as an attractive tourist destination.

Of course, language might be a problem, but I think that once Indian tourists know that Slovakia is much cheaper than other European countries, and once you can offer them a package, including visits to all of Slovakia's spas and castles, they will make sure to include the country in their eastern European travel itineraries.

Maybe part of the problem is that Slovakia has not had very intense promotion in Asia. There are also some visa restrictions that have affected the flow of people, in both the business and tourist sectors, which we are trying to rectify.

Also, the fact that Air Slovakia operates direct flights to India from Bratislava could help increase the flow of tourists.

TSS: Cultural projects have the potential to bridge existing differences. What are your plans in this sphere?

MKL: I plan to bring Indian artists to Slovakia who could bring Indian culture closer. In July, there will be a performance by Odissi Dance, an Indian classical dance group, and in August the Bhangra folk dance group will perform in Slovakia. However, I also would like to help expose Slovak culture to Indian eyes and ears.

Then, there are also the possibilities that Bollywood could offer. In many countries Indian movies have made it into the public's consciousness. The taste of the Slovak public might be a little bit different, but there are many parts of the world where Indian movies have won audiences' hearts.