Working with the dragon

APART from the difficulty Chinese businessmen have getting entry visas, there are no serious barriers to business links with China. Though at this point there are no significant Chinese companies active on the Slovak market, in time, this situation will change, said Fei Yixiang, economic and commercial counsellor of the Chinese embassy to Slovakia, in an interview with The Slovak Spectator.
The Slovak Spectator (TSS): What was the volume of foreign trade - exports and imports - between Slovakia and China? What commodities are most imported from China to Slovakia and, at the opposite end, what are the commodities produced in Slovakia that are successful on the Chinese market? 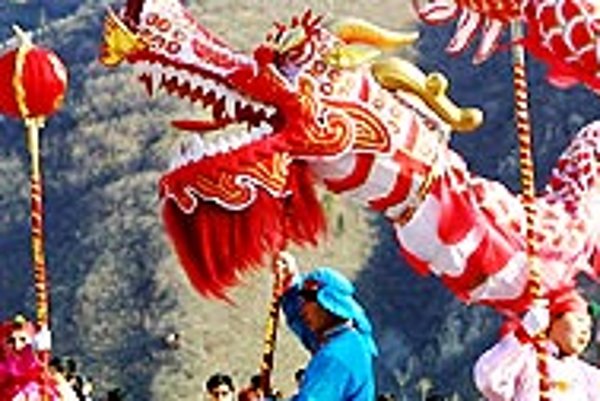 Font size:A-|A+0
APART from the difficulty Chinese businessmen have getting entry visas, there are no serious barriers to business links with China. Though at this point there are no significant Chinese companies active on the Slovak market, in time, this situation will change, said Fei Yixiang, economic and commercial counsellor of the Chinese embassy to Slovakia, in an interview with The Slovak Spectator.

The Slovak Spectator (TSS): What was the volume of foreign trade - exports and imports - between Slovakia and China? What commodities are most imported from China to Slovakia and, at the opposite end, what are the commodities produced in Slovakia that are successful on the Chinese market?

Fei Yixiang (FY): Mutual relations with China are progressing very quickly. For example, in 1999, the trade turnover between Slovakia and China was $30 million (€25 million) while last year it was $260 million (€214 million).

Over the first five months of this year, cooperation has already reached $137 million (€113 million). China mainly imports machine products, cars, and products with high added value, and exports consumer goods and information products. There is great potential, though. I would like to point to our trade with the Netherlands, which exceeds $5 billion (€4 billion). Currently, forms of cooperation between our countries are still limited and it is necessary to promote mutual investments.

TSS: Are there any legislative or administrative barriers in Slovakia that you think still complicate business cooperation between Slovakia and China?

FY: The Chinese government supports mutual investments. However, at this point visa limitations make the visits of businessmen complicated. It is difficult for Chinese businessmen to get entry visas. It is an old issue and both sides are informed about the problem.

TSS: Which branches do you see as the most interesting for developing cooperation? Are there any new concrete plans or projects in the preparatory stage?

FY: Slovakia has a strong industrial base and produces high-quality products. However, their price might be lower than those of some western brands. There is not much difference in quality. Over the past couple of years, Slovakia has been increasing its exports to China and the possibility of further increase is still big. Every year, a considerable volume of foreign investments arrives in China, which has taken the lead in absorbing foreign direct investments. The Chinese market is open to Slovak businessmen.

TSS: Which are the branches that would be interesting for Chinese investors?

FY: China would like to invest in areas in which it has its advantages, for example electronics.

The Slovak market is also attractive because of its cheap labour with low production prices. Slovakia has a very good position as it bridges the western and eastern markets. Now that Slovakia is an EU member, its market is not only the Slovak market but also part of the European market and understandably it is becoming even more interesting.

TSS: The Slovak tire producer Matador is one of the three most successful Slovak exporters to the Chinese market. During a visit by Slovak Economy Minister Pavol Rusko to China, Matador Púchov signed an agreement on the establishment of a joint technical centre with the firm Mesnac Quigdao. Could you give us more details about the project?

FY:It is a successful project. Both parties have begun purchases and exports. The Chinese parties started importing parts of the production lines and are implementing them in China.

TSS: The illegal import of consumer goods and their subsequent sale grew into a big problem in Slovakia, bringing about some negative effects to domestic industry. The illegal imports came mainly from China and other countries of southeast Asia. What measures has China adopted to stop the illegal exports?

FY: We have examined the problem. At the point of export, there are no illegal exports. Just as in Slovakia, in China the trader can reclaim value-added tax and, if he had not reported all the exported goods, he would record losses. This is why, at the point of export, there is no illegal activity. The position of our government is clear: We are fighting illegal trade because it damages the mutual trade between our countries.

The labour in Europe is much more expensive than in Asia. Some European countries with expensive labour no longer produce certain products, focusing on products with higher added value. This is why the production of certain products has been moved to the east.

The structures of the economies of our countries could mutually complement each other.

TSS: Is there a language barrier hindering business?

FY: No, language barrier is not any fundamental problem. Most Chinese businessmen speak English

TSS: Are there many Chinese companies operating in Slovakia?

FY: Unfortunately, at this point there are no significant Chinese companies active on the Slovak market. In time, this situation will change. The Chinese government has been supporting business with Slovakia.

TSS: Economy Minister Rusko also discussed the Green China project with the director of the International Cooperation Department of the State Forest Administration of China, Qu Guiliu. What companies would cooperate in this project?

FY: It is a good project. China loses large forested areas every year due to the expansion of desert and sand territories, and thus we need reforestation. Over the past several years we have invested a lot in this sphere. However, China still lacks forests and welcomes the international presence.

The Chinese side has no limitations. Your country has a long tradition of forestry and the cooperation would be beneficiary to China. As far as concrete firms are concerned, it is a matter for Slovakia. We basically welcome any Slovak firm that could cooperate.