THE SOUTH Korean car colossus Hyundai/Kia does not wish to have the contract it signed with the Slovak government disclosed to the public as it includes information subject to confidentiality provisions. 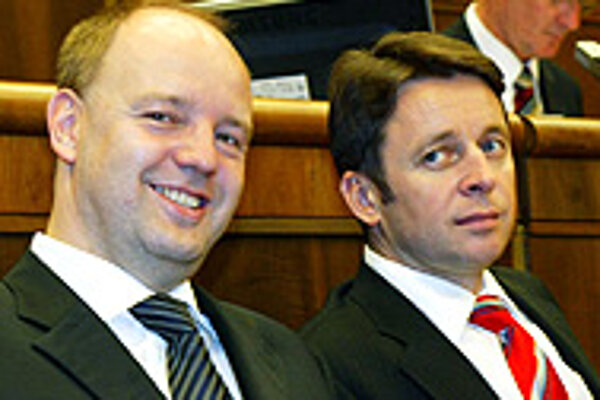 Font size:A-|A+0
THE SOUTH Korean car colossus Hyundai/Kia does not wish to have the contract it signed with the Slovak government disclosed to the public as it includes information subject to confidentiality provisions.

The carmaker's dissent came as a reaction to the request of Economy Minister Pavol Rusko who acted upon a provision of the Slovak Parliament, which has officially asked to see the contracts Slovakia signed with Kia and the French PSA Peugeot Citroen. Subsequently, the Slovak Cabinet approved the disclosure of the contracts.

Rusko claims that, if he were to disrespect the Kia stand, he would risk being criminally prosecuted for revealing a business secret.

"The provision of the parliament binds me to take illegal steps," Rusko told the press.

However, the cabinet agreed on July 7 that Rusko and Justice Minister Daniel Lipšic will set up a team to examine sections of the contracts and define which sections are subject to confidentiality provisions. The team will consult these sections with the carmakers.

"The Commercial Code exactly defines what is considered a business secret. No business secrets will be revealed, but the public should be able to access information pertaining to public funds," spokesman of the Justice Ministry Richard Fides told The Slovak Spectator.

The initiative to adopt the provision on the contract's disclosure came from the lines of the opposition party Smer. Deputy Robert Madej said that his party continues to insist on revealing the data.

"Not everything that an investor marks as a business secret actually is one. This is defined by the Commercial Code. To put it simply, the whole contract could not possibly be a trade secret even if any of the parties were to insist on that," Madej told The Slovak Spectator.

"If the cabinet fails to meet the parliament's resolution, we will request tp see the contract as private individuals and subsequently appeal the cabinet's rejection along with filing a motion with the Supreme Court. We at least believe in the independence and expert opinion of the Supreme Court," Madej added.

Late June, Alain Baldeyrou, director general of PSA, told the news wire SITA that the decision on disclosing the contract was up to the Slovak government and that PSA would respect it unless the Slovak state wanted to publish technical specifications and trade secrets that have a direct impact on the competitive advantage of PSA.

On July 6, Rusko said that PSA Peugeot Citroen had taken a similar stand to that of Kia.

"For now we have only a preliminary stance since the approval process with PSA is a bit more complicated. By the end of the week [July 10], we should have materials from PSA and an analysis assessing the consequences of disclosing public finances used for these investment incentives," Rusko told the news wire SITA.

Hyundai/Kia recently built a similar plant in Alabama, USA, where details of the contract were made public.

Anita Archie, deputy of the Alabama State Council for Development, the group responsible for negotiating the Hyundai investments, told the daily SME that "The text of the agreement between the state and the investor was made public."

She said that all citizens of Alabama have the right to read the information regarding the obligations of the state and the carmaker.

After signing the contract on March 18, 2004, Chung Mong Koo, the president of Kia, had said that it was more or less a matter for the Slovak government to decide what it makes public.

Minister Rusko has restated several times that all the information that pertains to the use of public funds has already been made available to the public eye over the past four months.

However, experts say there should be no confusion about what should be made public.

"The Slovak Cabinet is obliged to publish the text of materials (proposals, reports, and analyses) submitted at parliament meetings. Only classified information, personal data, data that pertains to an individual's privacy, data that is subject to commercial secrecy, and information pertaining to criminal prosecution may remain concealed.

"It is impossible to conceal information that pertains to the handling of tax money, including the property of the state and its municipalities," said Ján Hrubala, head of Slovakia's anti-corruption department, in an earlier interview with The Slovak Spectator.

The debate over publishing the contract swelled after the Justice Ministry published its analysis, which claimed that, even if an investor requests that the details of a contract be classified, the Economy Ministry should not automatically be allowed to meet the request and must explore which parts can be classified based on the valid legislation.

Contracts cannot be classified in their entirety. Instead, classified information may only be blacked out, reads the document.

Legal experts also said that the parliament's request did not directly oblige the cabinet to declassify the contracts.

Kia announced on March 2 that it had chosen Slovakia over Poland and would build its new plant in Žilina, the country's bidding site for Kia Motors' €700 million investment in central Europe.

Slovakia has pledged assistance worth a total of Sk8.8 billion (€218 million), of which almost Sk6.8 billion (€168 million) will flow directly into the investor's pocket.

Other public expenditures linked with the project will total Sk2 billion (€49.5 million), according to the memorandum signed by Slovak Prime Minister Mikuláš Dzurinda and Chung Mong Koo, the top representative of the automotive company, Hyundai Motor Corp.