Nitra: from fields to factories

THE NITRA region, with its mild climate and the most fertile soil in Slovakia, is home to the best conditions for agriculture in the country. Hence, it is only natural that the agriculture and food industry plays an important role in the region's economy.
While in the rest of the country only 4 percent of GDP is generated by agriculture, in the Nitra region this number jumps to 8 percent. 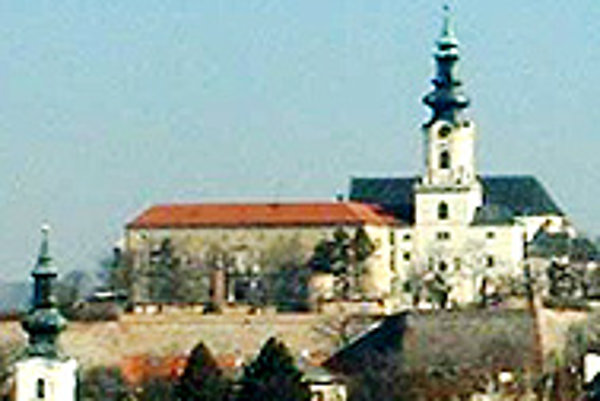 Font size:A-|A+  Comments disabled
THE NITRA region, with its mild climate and the most fertile soil in Slovakia, is home to the best conditions for agriculture in the country. Hence, it is only natural that the agriculture and food industry plays an important role in the region's economy.

While in the rest of the country only 4 percent of GDP is generated by agriculture, in the Nitra region this number jumps to 8 percent. The Slovak Agricultural University is known for its history and whose longest traditions lie in the region.

It is believed to be the centre of one of the first old Slavonic states - Great Moravia - in the ninth century AD. Rich archeological sites prove this theory.

Today, by contrast, the Nitra region has the highest share of people of Hungarian nationality. The only Hungarian university in Slovakia is in Komárno, located in the southern part of the region. It will be welcoming its first students in September this year.

The region of Nitra is in the south-western part of Slovakia and borders Hungary. The regions of Trnava, Trenčín, and Banská Bystrica surround it. Its climate, which consists mainly of relatively warm weather, is typical for the lowlands.

Nitra is the fifth largest region in Slovakia, covering an area of 6,344 square kilometres. It has 711,002 inhabitants, which account for about 13 percent of the overall population of Slovakia.

It is the only Slovak region where the majority of the people do not live in cities. The region has the largest share of people of Hungarian nationality - about 27.6 percent, mostly located in the Komárno district.

The region has rich resources of underground waters, including mineral and geothermal springs. They are mainly located in the Podunajská nížina lowlands. Resources for construction such as decorative stones, gravel, sand, brick, and limestone can also be found in the region as well.

Attractive leisure facilities and cycling pavements create positive conditions for the development of tourism, agro-tourism, fishing, and hunting. The region is well known for its archeological sites of the old Slavonic settlements from the times of Great Moravia.

So far, Nitra has not been very successful in attracting foreign direct investments (FDI). The region ranks sixth out of the eight Slovak regions regarding the volume of FDI. The Nitra FDI amounted to almost Sk12 billion (€301 million) as of March 2004, which is only around 3.3 percent of the total share of FDI in Slovakia.

However, the Nitra region is a candidate for acquiring Sk1.6 billion (€40 million) worth of investments from a German subcontractor in the automotive industry, Visteon. The German company wants to build a plant to produce car interiors and air-conditioners, providing for as many as 400 jobs.

Nitra city has already agreed to the sale of 65,000 square metres of land in the planned industrial park, to be located near the city, for the new manufacturing plant. The cost of building the new infrastructure is expected to exceed Sk36 million (€903,000), 30 percent of which Visteon would pay.

However, Nitra is not the only candidate for the investment. According to the Hospodárske noviny daily, Visteon is still considering other countries as possible locations for the new plant, the main competitor being the Czech Republic.

The new industrial park that Nitra plans to build near the city should be helpful in acquiring new investments and job opportunities. Nitra decided in June of this year to construct the industrial park near the northern part of the city.

The new park, with an area of 360 hectares, will be located near a highway to the Slovak capital of Bratislava. Several larger and smaller investors are interested in establishing their businesses there thanks to the favourable location and the flat terrain, wrote Hospodárske noviny.

However, all investment projects are only in the consideration stage, as ownership of the land has not yet been settled and the infrastructure itself is still incomplete.

According to the mayor of Nitra, Ferdinand Vitek, the estimated costs of building the infrastructure are about Sk500 to Sk600 million (€13 to €15 million).

According to the Slovak Investment and Trade Development Agency, Nitra could be an advantageous place for investments, mainly thanks to the proximity to large cities like Bratislava, Vienna, and Budapest. A highway network, direct connection to Bratislava, and an airport for light planes are available there.

Additionally, Nitra has a qualified labour force with very good research and development potential for building industrial zones. The spaciousness of the city and the availability of rental space, along with the industrial infrastructure, create favourable conditions for establishing businesses.

The region created 11.1 percent of the total GDP in 2001, which represents an amount of Sk113 billion (€2.8 billion), third place out of all regions. As for the GDP per capita, the region generated Sk157,815 (€4,000) per inhabitant, which puts it in fifth place among all Slovak regions.

The most important industrial forces in the Nitra regions are machinery, chemistry, and food. The latter is the oldest and most widespread indutry of the region. Certainly, it is closely connected with its agricultural production.

Other industries in the region are concentrated in particular cities, which has resulted in a specific production focus for some towns. For example, Šaľa is a centre for the chemical industry, Komárno for ship-building, Tlmače for machinery, and Štúrovo is a centre for the paper-mill industry. Only in the city of Nitra is the industry so diversified.

The region has the best climate for agricultural production out of the entire country. Its mild and dry weather coupled with its high-quality land provide exceptional conditions for the growing of grain and corn. The region is also famous for its quality wines.

The labour market and education

The Nitra region reached the fourth highest unemployment rate of Slovakia in 2003. Last year it had a year-on-year decrease of 2.52 percent resulting in an unemployment rate of 19.06 percent. The rate was higher than the country's average by 3.87 percent in 2003. In May 2004, this figure was almost 17 percent.

The average monthly salary in the region was recorded at Sk12,909 (€324) in 2003, which was lower than the national average by Sk2,352 (€59). This means that the people of Nitra region had the second lowest salary in Slovakia. In 2002, the highest average salaries were found to lie in the areas of real estate, business services, and research and development.

The region has several secondary grammar schools which provide general public education, as well as some technical and vocational schools which specialise in industries such as agriculture, electro-technics, chemical production, construction, health care, gardening, and food and services. There are also a hotel service academy, a music school, and a secondary school for applied arts.

There are three universities in the Nitra region. The Slovak agricultural university in Nitra city is the only one of its kind in Slovakia.

It has faculties of agro-biology and food resources, gardening and civil engineering, biotechnology and food, economics and management, mechanics, and European studies and regional development.

The University of Constantinus, located in Nitra, provides education in the natural and social sciences, as well as in central European studies, through its philosophical and pedagogic faculties.

There is a new Hungarian university, The University of János Sely, located in Komárno. Classes will begin at this university in September 2004, with enrollment being offered in the faculty of economics, pedagogy, and the faculty of theology.

Because of its convenient location, the Nitra region has played an important role in the historical development of the country and in international relationships.

According to the Slovak Rating Agency, the Nitra region has a unique geographic location which will influence economic and communication development and impact the conditions of the region in the future. It lies on the Danube river in the most settled strip located between two metropolises of European standing - Vienna and Budapest.

The Danube river has ports in Komárno and Štúrovo, these, along with the existing river route along the Váh and the planned road network between Komárno - Nové Zámky and Nitra, create a great potential for the Nitra region.

Nitra - the centre of the region

The centre of the region - the city of Nitra - is situated under the Tríbeč mountains. It is located southeast of the Podunajská nížina lowlands. The city covers an area of 4,083 hectares and is home to a well-diversified business portfolio. The most important industries are in food, textiles, chemicals, machinery, electro-technics, and furniture.

Nitra city can also be proud of its rich cultural life. It has several theatres, as well as cultural and sport facilities. The city organises several international fairs and exhibitions. The most famous are Agrokomplex (agricultural), Autosalon (cars), and the International Machinery Fair.

The most important investors in the Nitra region