Joyful bunch to land at Pohoda

THEY are cowboys, allegedly from Leningrad, but actually from Finland. The eccentric Finnish rockers, the Leningrad Cowboys, will join their emotional and energetic compatriots, Värttinä, on their flight to Trenčín's Bažant Pohoda festival.
"This might be one of the most joyful connections [to take place] in the July sky," Michal Kaščák, the festival's main organiser said. "Both bands - they are very happy people. 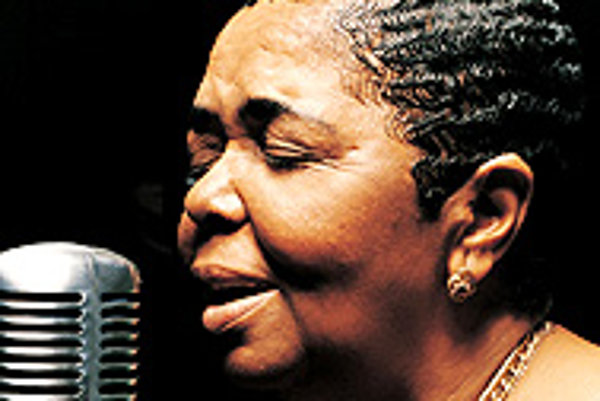 Font size:A-|A+  Comments disabled
THEY are cowboys, allegedly from Leningrad, but actually from Finland. The eccentric Finnish rockers, the Leningrad Cowboys, will join their emotional and energetic compatriots, Värttinä, on their flight to Trenčín's Bažant Pohoda festival.

"This might be one of the most joyful connections [to take place] in the July sky," Michal Kaščák, the festival's main organiser said. "Both bands - they are very happy people. With 35 of them on board [including managers], there is sure to be a lot of fun."

The stars will land at Vienna airport on July 15. The following day they will carry their joyfulness northeast to the town of Trenčín, where they will be headlining the Bažant Pohoda festival on Friday evening.

The bizarre Leningrad Cowboys, all 12 members, including two go-go dancers, will jump onto the main stage at midnight. Värttinä, a female vocal trio with accompanying musicians, will perform on the Kofola stage at 20:15.

"The Leningrad Cowboys are one of the best rock and roll bands. It's a practical joke that led to perfectionism," said Kaščák. "Värttinä, on the other hand, is an elite in world-music."

The cowboys will perform renditions of songs from their vast repertoire, ranging from Offspring to Frank Sinatra. The females' show on the other hand, is characterised by an emotional and electrifying style of performance.

Both bands have issued a handful of albums. Leningrad Cowboys have starred in three movies made by the famous Finnish director Aki Kaurismäki - Leningrad Cowboys Go America, Leningrad Cowboys Meet Moses, and Total Balalaika Show. The energetic Nordic Värttinä are currently working on the Lord of the Rings musical in London, which is said to be the most expensive musical project in the history of Great Britain.

Värttinä was founded in 1983 and up until 1989, played mainly traditional Finnish folk music. The change in their musical development came about when several of the founding members joined up with some leading local instrumentalists who lent the band a new sound.

The story of Leningrad Cowboys' origin is as peculiar and crazy as are the band's outfits and their tapering pompadour hairdos. And, although useful for jokes, their debut album, entitled 1917-1987, was not actually issued until 1988.

"No one knows how many years it has been since the saga started. There are some indications that back in 1379, two Siberians actually walked from north Siberia to Alaska in the winter when the water was frozen. There they met some Alaskans who gave them food and a deep understanding of human nature. When the spring came, they continued south to Morro Bay in California. Thus, they became the first Europeans to discover America, prior to Christopher Columbus.

"The two Siberians conducted some scientific research during their stay, but all they could find was an unidentifiable, yellow metal in the California mountains, and some muddy, black fluid shooting up from the ground. As they could find no use for either of these [in comparison to the clear spring water of their home village, which they used for the production of beer and vodka] they decided that America was uninhabitable and so they returned to Siberia," the band's website, www.leningradcowboys.fi, reads.

The cowboys are scheduled to leave the country with Värttinä as well - unless they change their minds and find Slovakia habitable.

The Bažant Pohoda festival will take place on July 16 and 17 at the Trenčín airport. There will be 137 artists from 22 countries, including the British Moloko and Chumbawamba, Grammy award winner Cesaria Evora from Cape Verde, and Bob Marley's band The Wailers from Jamaica. A transport shuttle will run between the Trenčín train station and the festival's venue. Tickets are on sale at selected music shops or via www.ticketportal.sk (Sk699 for one day and Sk899 for the whole festival). On site ticket prices increase by Sk100. For more information visit www.pohodafestival.sk.
Comments disabled
Send the article by email