THE DANUBE is Europe's most significant river. From its source in the Black Forest to its delta on the Black Sea, this waterway flows 2,850 kilometres. A cycle path runs along much of its bank from Germany through Hungary, and during the warm months it is a magnet for cycling tourists.
Because the trail is almost completely flat, it is perfect for all types of cyclists. Furthermore, for a modest fee, outfitters will transfer your luggage between hotels, and rent you a European touring bike. 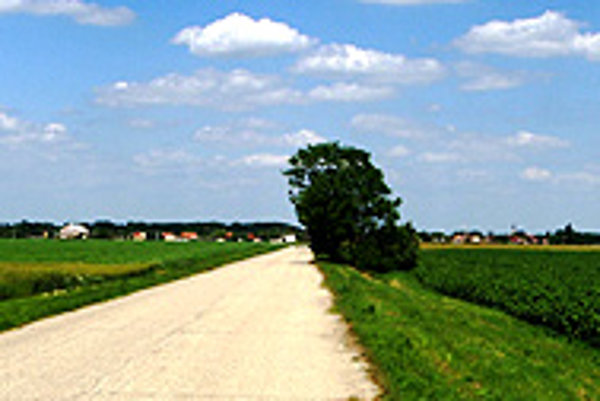 Font size:A-|A+0
THE DANUBE is Europe's most significant river. From its source in the Black Forest to its delta on the Black Sea, this waterway flows 2,850 kilometres. A cycle path runs along much of its bank from Germany through Hungary, and during the warm months it is a magnet for cycling tourists.

Because the trail is almost completely flat, it is perfect for all types of cyclists. Furthermore, for a modest fee, outfitters will transfer your luggage between hotels, and rent you a European touring bike. According to my co-author, John Sherwood, who biked the 340-kilometre segment from Passau to Vienna last year: "It's the finest biking experience in Europe. Where else in this world can you bike through four countries and experience the riches of three European capitals in just 14 days?"

As John will attest, most cycling tours focus on the Austrian section of the trail because it contains the greatest concentration of castles, museums, religious monuments, and other attractions, including the sumptuous Melk Abbey. Some cycling tours, however, do run from Vienna to Budapest, but they tend to spend as much time as possible on the Hungarian side of the Danube, again because of the greater variety of sights.

"Much of the Slovak cycleway is currently bypassed by major tours," said Karin Frischmuth of Pedalo outfitters of Austria. "But as this part of the route is improved and as more tourist infrastructure is added, it will one day become an integral part of the Danube cycling scene."

The Slovak cycle path is much less busy than the one in Hungary, making it better for families and those seeking solitude. This article takes a look at the 120-kilometre stretch of the trail that runs from Bratislava to Komárno - a path less travelled, but rewarding in its own way.

This stretch mainly runs along an embankment, and contains no major elevation changes. The trail will lead you through the agricultural heartland of southern Slovakia, where many inhabitants are of Hungarian ethnicity. Some may imagine the area to be full of nothing but endless flat fields, but one can also find interesting bird life, floodplain forests, the enormous Gabčíkovo waterworks, and typical Hungarian architecture and cuisine.

The starting point of the journey is the embankment at Petržalka, a path more famous for rollerbladers in bathing suits than cyclists in spandex. To ease conflict between the two groups, there are two parallel trails, one for bikers and one for rollerbladers. Police vigorously ticket anyone in violation of this rule, or any of the other signs. Several stands offering refreshments can be found here - one of the hottest spots in the city to people watch.

In less than 30 minutes, Bratislava disappeared behind me, and the path became surrounded by meadows and trees. Ship horns alerted me to the fact that somewhere in front of me lay the Danube. After 15 kilometres of fast riding, I reached Čunovo. Čunovo is the first stage of the Gabčíkovo waterworks. It also contains the Danubiana Meulensteen Art Museum, a stunning structure showcasing modern art from all over Europe.

After poking around the museum's impressive outdoor sculpture garden, I headed towards Gabčíkovo. The next 35 kilometres of the trail proved monotonous: kilometre after kilometre of floodplain, wetlands, and forests. Here and there, I passed a small village, or a boat on the river, but that was it. There is a ferry from Vojka to the other side of the Danube, which takes both cars and pedestrians and runs every half an hour. The only refreshments I found here was a vending machine with drinks.

My mind began to wander until, suddenly, something big flew over my head. I jammed on my brakes. It was a White European Stork - one of only two species in Europe which forage along the Danube in search of frogs. During the course of a year, most migrate from the banks of the Nile in Egypt to the Baltic coast of Poland, but some travel to Europe from as far as India.

It was getting close to noon when the shape of the Gabčíkovo hydroelectric plant appeared in the distance. The plant possesses the highest dam wall in Slovakia, which was the subject of a controversial dispute between Hungary and the former Czechoslovakia in the 1990s. Hungary, a partner in the construction of the dam, suspended work on their portion in 1989, citing unspecified ecological concerns. In 1997, the United Nation's International Court of Justice ruled against Hungary in respect to its unilateral suspension of the project, but Hungary ignored the ruling, forcing Slovakia to complete the project alone.

Because the dam had only one small refreshment stand, I travelled three kilometres to the village of Gabčíkovo for lunch. In this area, most villages are between three and five kilometres from the Danube embankment, so if you need to find a place to eat, be prepared for a lengthy detour. One can also spend the night in private homes in these villages for around Sk300 (€7.5) per night.

After a couple of hours, I reached Medveďov. From there, it is 18 kilometres to Győr, Hungary. Known as the city of rivers, Győr is a major stop for long distance cyclists.

Since my focus was on the Slovak side of the trail, I skipped Győr and continued cycling past golden fields of wheat and barley to Číčov. The beauty of the fields contrasted with the relative poverty of the village. The stores contained few goods and nearly everyone spoke Hungarian (ethnic Hungarians comprise up to 80 percent of the population in many of these Danube towns).

In the village of Klížska Nemá, the trail ended. According to a friendly local farmer, the Danube path has not been completed here and he recommended instead that I take local roads. Traffic became heavy but the shoulder was wide enough for safe biking. As I approached Komárno, ugly billboards started to appear, but once inside the gate, the town charmed me, especially its 18th century town hall and water tank. I was not able to enjoy Komárno as much as I would have liked because I had to catch a train back to Bratislava.

Those who decide to take a multi-day excursion down the Danube bike path can spend a night in Komárno or they can go across the bridge to Hungarian town of Komárom, one kilometre south. Komárom has a pretty church, medicinal baths, and a historic town hall, but bike carefully because the main road gets very busy.

The Danube path continues on the Slovak side to Štúrovo. From there, the new Mária Valéria Bridge will take you to Hungary, where Esztergom, with its famous basilica, awaits you. Originally a Roman town, Esztergom is the birthplace of King/Saint Stephen, and it was also Hungary's capital for 250 years. To relax after a hard day of cycling, do not miss the town's famous cool water thermal baths.

Transportation back to Bratislava: a train ticket is Sk145 (€3.6) including bike, no WC.