A child's heaven on earth

WITH both children and theatres on holiday during the summer, Bibiana annually joins the two in the international presentation of alternative and puppet theatres for children We Are Playing For You. Meanwhile, the little visitors to this international house of art for children can play at the two recently opened exhibitions, both literally putting them in heaven - Labyrinth of Dreams and Heaven and Earth.
The theatre performances are held each Sunday afternoon until August 29. 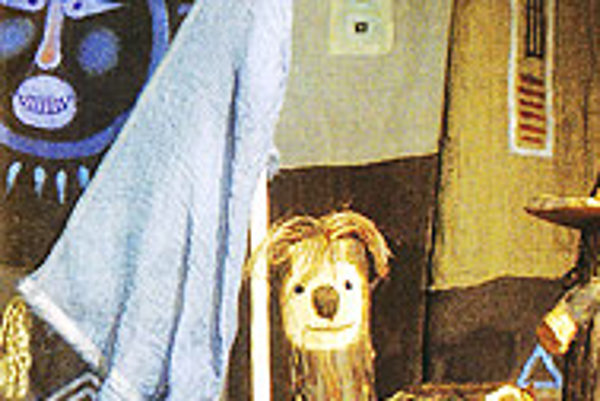 Font size:A-|A+0
WITH both children and theatres on holiday during the summer, Bibiana annually joins the two in the international presentation of alternative and puppet theatres for children We Are Playing For You. Meanwhile, the little visitors to this international house of art for children can play at the two recently opened exhibitions, both literally putting them in heaven - Labyrinth of Dreams and Heaven and Earth.

The theatre performances are held each Sunday afternoon until August 29. "This is the first time we have ensembles participating from all countries of the Visegrad Four [Poland, Hungary, the Czech Republic, and Slovakia]," said Eva Čárska, Bibiana's dramaturge.

The following Sunday, July 25, the house will host Bratislava's Teatro Neline, famous for musical arrangements, which bring compositions closer to children's' ears. On August 15, the little visitors can follow the adventures of Štoplík, a little disobedient cork, as well as learn how to make cork puppets after the performance. Bibiana will present its original productions on August 8.

"The performances have simple, universal texts everyone can understand," said Čárska, adding that they are also designed to interactively draw viewers into the play. "Moreover, we try to be "family-friendly", meaning that the plays are open to everyone from four-year-old children to their family members up to 100."

Čárska is also behind the dramaturgy of one of the exhibitions currently running at Bibiana - Heaven and Earth. It is the third project from the series of exhibitions, Visit an Artist's Studio, which introduces contemporary Slovak artists to children in an unusal manner.

This display features the contrast and playfulness found in the sculptures of Peter Roller, who works with paper and stone. The exhibition's title reflects titles the sculptor has used several times for his work and it emphasises the contrast between the soft, light nature of Heaven and the hard, heavy Earth.

"It's an exhibition small in space but big in content," said Eva Čárska.

The other exhibition, Labyrinth of Dreams, works with the abstract theme of dreams. Spread across two floors, the first leads deep into the child's subconscious while the second, aiming high, lets fantasy flow free and limitless.

"Dreams can have all kinds of forms," said Katarína Kosánová upon entering the darkened room entitled the Cross-section of Dreams on the lower floor. The freely hanging, vaguely defined phosphorescent objects there should inspire children to shake free of reality and enter the world of dreams.

In another room the dreamers find masks to try on. "By doing so they lose their identity, which is something that also happens in dreams," Kosánová explained. Later, they can play with miniature versions of themselves in the Theatre of Mirrors.

On the second floor, after climbing heaven's bridge, children can jump into the clouds, swing in the Indian nets used to catch positive dreams, cross the hall of dream signs, and finish their journey by descending Jacob's ladder from heaven down to earth.

The exhibition was designed by Daniel Pastirčák and artistically arranged by Miroslav Duša with a surrealistic feel. There are pictures and scenes by such surrealist artists as Salvador Dalí and Giorgio de Chirico. During their play, "children will get to know the surrealists and how they transferred their dream-like imaginations into art," said Kosánová, who considers the whole concept one big dream.