AGRICULTURE Minister Zsolt Simon from the ruling Hungarian Coalition Party (SMK) has denied speculations that Hungarian nationals could reclaim Slovak land that was confiscated as part of an agreement between the former Czechoslovakia and Hungary after the second world war. 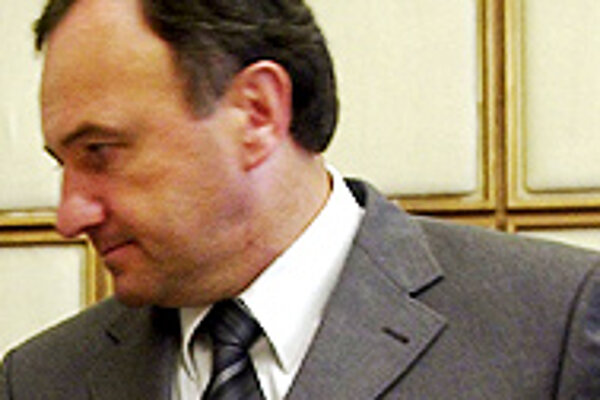 Font size:A-|A+0
AGRICULTURE Minister Zsolt Simon from the ruling Hungarian Coalition Party (SMK) has denied speculations that Hungarian nationals could reclaim Slovak land that was confiscated as part of an agreement between the former Czechoslovakia and Hungary after the second world war.

The denial came a few days after local media reported that Fidesz, a Hungarian opposition party, was encouraging Hungarians to make an effort to reclaim the land in Slovakia that was called the upper lands during the Austro-Hungarian Empire.

According to the Hungarian daily Magyar Hírlap, Fidesz officials said that the land could be obtained in line with Slovak land legislation. The land, they added, covers almost 600,000 hectares and is worth around 150 billion forints (€313 million).

The party's Sándor Faludi told the daily on July 15 that a chance has opened up for Hungarians to regain land that was expropriated through the controversial post-war edicts issued by then Czechoslovak President Eduard Beneš in 1945.

The legislation is widely known as the Beneš Decrees and Slovak and Czech state officials have reiterated several times in the past that these will not be re-opened, dubbing them a matter of the past.

According to Simon, obtaining the confiscated Slovak land is impossible for people who have no valid Slovak citizenship.

Simon added that Hungarians and other foreigners were only able to reclaim land unaffected by the post-war confiscation and that falls under inheritance procedures. In Slovakia, this land is described as the land of unknown owners and is largely administered by the Slovak Land Fund.

"If it involves foreigners who are not [registered] in land books and at the same time they do not have [Slovak] citizenship, they have no way of getting to the land," Gaizbacher said to the state-run news agency TASR on July 19.

According to Gaizbacher, the only way in which people could gain ownership rights to the confiscated land was through restitutions. A prerequisite, however, is Slovak citizenship.

Gábor Gál, the SMK's legal expert, told Magyar Hírlap that the new Slovak land restitution law that took effect in January this year even requires that the claimant have a permanent residence in Slovakia. The land restitutions relate to the period of the communist regime in Slovakia between 1948 and 1989.

Within inheritance procedures, according to Simon, foreigners could regain land that was not affected by the confiscations and that had simply laid forgotten ever since these people left Slovakia.

"For example, their grandfather must be registered in the land book and if the land has not been confiscated... the heirs can then organise the inheritance procedure and the land will be theirs, even though they do not have Slovak citizenship," Simon said.

Some media have gone so far to say that the SMK cooperated with Fidezs to spark the land debate but SMK Spokeswoman Lívia Pokstallerová said that no official talks were ever held on the topic.

In general, however, some SMK officials confirmed that they supported the efforts of Hungarians to reclaim land.

"If the land was not confiscated and they are able to prove their ownership, then it is ok," Gyula Bárdos, the head of the SMK parliamentary caucus, said to the Pravda daily.

THE SLOVAK Agriculture Ministry wants to start selling state agricultural land as of next year in order to help what it describes as a stagnating land market.

According to the state-run news agency TASR, the ministry will prepare a new law on the privatisation of state land. According to Jozef Gaizbacher, head of the ministry's legal section, the law should be prepared n August this year. The new law should take efect in January 2005 and should relate to tens of thousands of hectares of land.

The land, however, will only be sold to farmers. The ministry wants to prevent that land speculators from buying state land.

According to TASR, the Slovak Land Fund administered almost 133,000 hectares of such land although it is expected that some will still be returned to restituents.

In 2010 the Slovak land market will be opened to all EU inhabitants.

State owned forestland, however, will not be privatized. Around 700,000 hectares of the state forestland is administered by the State Forests company.