PAVEL Kandráč is Slovakia'a first ombudsman. After taking his post almost two years ago, as an MP of the opposition party Movement for a Democratic Slovakia, he built the country's ombudsman office. Kandráč is a lawyer, teacher, and specialised in criminal law. He spoke to The Slovak Spectator on July 21. 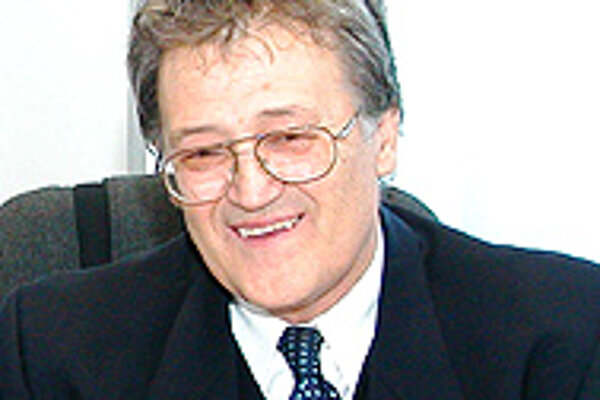 Font size:A-|A+0
PAVEL Kandráč is Slovakia'a first ombudsman. After taking his post almost two years ago, as an MP of the opposition party Movement for a Democratic Slovakia, he built the country's ombudsman office. Kandráč is a lawyer, teacher, and specialised in criminal law. He spoke to The Slovak Spectator on July 21.

The Slovak Spectator (TSS): When you were elected to the ombudsman position you admitted that you had not prepared specifically for this post because you did not expect that you would be elected. You said, however, that you thought you could handle the job because you are a lawyer. Now two years after your election, do you think that being ombudsman is easy?

Pavel Kandráč (PK): Of course, in the situation at that time between the coalition and opposition, few expected that a person from the opposition environment would be elected the public protector of rights. I think that my expertise was decisive as well as the fact that as an MP I always clearly preferred professionalism. It is not easy to imagine how to prepare specifically for the ombudsman post.

Of course, I used the time between my election and swearing in to a maximum to get to know the operation of such institutions abroad and chose the best model for our republic. I had no doubt that I could handle the post. I graduated from university and I continued educating myself after that. For 38 years I worked in the field of criminal law, where we often meet with the protection of the basic and the most important freedoms. I also had certain ideas.

Now, two years later, I can say that no job is easy, notwithstanding the job of an ombudsman. The situation in which I was starting the office was especially difficult. I started building this constitutional institution on a green field only with my [former] MP assistant.

TSS: How many citizens have you helped in these two years and what are the main problems you deal with?

PK: As of July 16, 2004 our office received more than 4,600 requests. But I am especially proud to say that the number of settled requests exceeds 3,600, which is 78.8 percent. I think that is very good performance. We are really doing well in what I wished for in the beginning - so that the time between submitting a claim and the settling it was as small as possible.

The problems we deal with most are especially of civil law nature but there are also a lot of criminal law problems, including the everyday problems of the citizens. In the area of civil law it is mainly issues concerning ownership, cadastre registration, and many issues related to family law. There are also social problems.

In the criminal legal area the issues we deal with mainly relate to custody and jail terms. Finally, the everyday problems include issues of financial loans or neighbour relations.

TSS: You said several times that people often come to you with problems that you cannot solve and that this is related to the low legal awareness of the people. Has this improved or do you still think that people believe the ombudsman can help them solve everything?

PK: I must say that we are continually improving the legal awareness of the people and we are working hard on this. If they thought at the start that the public protector of rights could help them solve all of their problems, today it is no longer the case.

Many citizens realise what problems they can turn to us with. A proof of such improvement is our activity in the regions, especially where we have been for a longer time. We see that the citizens are not coming to us with banal problems that do not fall in our sphere of influence. There are more and more such people whose knowledge in the area of basic rights and freedoms are on a solid level.

TSS: The Citizens and Democracy (OaD) organisation criticised you in their report, saying that you could do more to improve the legal awareness of the people with more activities. Do you have any specific plans for that?

PK: I think that this question does not represent the whole problem that OaD presented in their report because the criticism was not directed to the improvement of legal awareness but to various other facts.

At a meeting with OaD representatives the issues were discussed and explained and we forged a basis for our future cooperation.

Our priority is especially to handle citizens' requests. But we also organise expert conferences, regular press conferences, we go to the regions, we organise open door days, and we publish our cases in various media.

TSS: A smoothly operating office is also related to finances. Are you happy with your budget and do you have enough employees to handle people's requests without delays?

PK: Undoubtedly, money and material equipment are necessary for the operation of every institution. I cannot say that I am happy with the office but I do not complain either, because I know that there is not enough money in the Slovak Republic to make everyone happy.

That is why the budget we have is acceptable, although for the future development of the office it would be ideal and necessary to increase the budget by Sk2 - Sk3 million (€50,000 - €75,000) so that we are not forced to take restrictive rather than development measures.

In terms of staff, the office is not completely built yet. We do not always manage to find employees who correspond with our ideas, especially in terms of expertise. That is why we still have vacant legal positions in the office.

TSS: You have five regional offices around the country. Are you planning on opening more?

PK: Let me correct you. These are not the regional offices that we wanted to create originally. We cannot afford this do so because of a lack of finances - and that is why our employees regularly go to the regions from Bratislava. These are regions in which respective mayors have created conditions for us for free. We like to use the chance to go to the citizens, respecting their economic and often even health limits. We will try to extend the number of regions we go to.

TSS: Were there any changes to your work after Slovakia's entry to the EU?

PK: It has to be stated that nothing has changed. We were prepared for the entry and we were also prepared for the fact that physical and legal EU entities can turn to us in the scope of the law as the public protector of rights.

Our cooperation within the EU is at a good level, including relations with individual representatives. It includes mutual discussions and frequent personal meetings, which enrich both sides.

TSS: When parliament approved the ombudsman statute, many said that the competences of the official were limited. Are you happy with the scope?

We could discuss the competences of the ombudsman in the same way as it was discussed whether this institution was needed or not. The activities showed that creating and building such an institution on a very good level was a fortunate solution.

I think that its future looks very good and sure, the competences will grow, especially in the direction of the execution of controls in relation to custody stations and jails. The same will apply to the possibility of submitting requests related to complaints of a breach of rights.

Of course, life will bring new realities to address for which it will be suitable to use the ombudsman office - such as the issue of possible free legal assistance.

TSS: As ombudsman you surely meet with many complicated situations due to bureaucracy, court delays, and so on. If you could change the current situation what would you do? What most complicates the life of people in Slovakia?

PK: I do meet with many very serious cases that deserve attention and often are very complicated.

I think that many drawbacks are eliminated when employees of the public administration behave according to their code of ethics. They should bear in mind that they are a service to the citizens not vice versa. It is not right when they express their superiority over citizens. They often show a lack of knowledge, which causes distrust in state administration bodies.

I see several ways to address this. But there must be a will, patience, and awareness that all this is done for the citizens. Ways should be found to solve problems and not how it can't be done. Lack of patience, lack of will, arrogance, and superiority need to be eliminated.

TSS: Many people are watching and your job very closely because you are the first Slovak ombudsman. Are you happy with your own performance or do you see space for improvement as well?

PK: I am very glad that people are watching us, because feedback is very profitable for our work we can learn thanks to it.

Undoubtedly, we cannot be 100 percent happy with our work because then a certain stagnation would come that would not be good for future development. It is not easy to be the first in a position. But we know our resources and we try to get better each day.