Slovakia's long-empty position in Hungary has finally been filled

TWO YEARS after the position went vacant, the Slovak cabinet agreed on a new ambassador to Hungary - career diplomat Juraj Migaš. Shortly after the name was leaked, it was discovered that Migaš speaks no Hungarian.
Migaš' lack of Hungarian skills came as a disappointment to the Hungarian Coalition Party (SMK), a ruling coalition member. 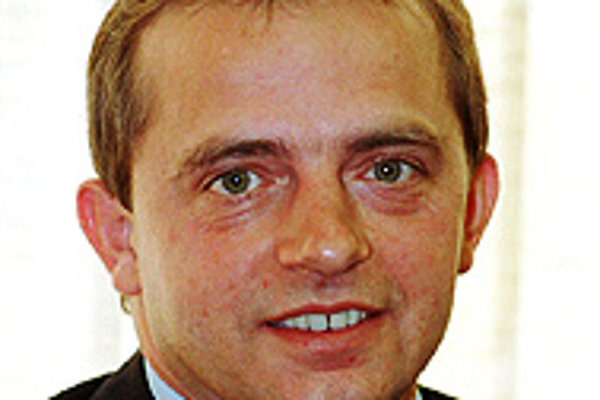 Font size:A-|A+0
TWO YEARS after the position went vacant, the Slovak cabinet agreed on a new ambassador to Hungary - career diplomat Juraj Migaš. Shortly after the name was leaked, it was discovered that Migaš speaks no Hungarian.

Migaš' lack of Hungarian skills came as a disappointment to the Hungarian Coalition Party (SMK), a ruling coalition member.

"If it was some distant country [to which the diplomat was assigned] with a strange language... but in Slovakia, 10 percent of the people speak Hungarian," said Edit Bauer, a SMK member and European MP.

According to the party's Árpád Duka-Zólyomi, though it is generally not a major problem if diplomats do not speak the language of their designated country, the situation was slightly different in the case of Hungary, Slovakia's southern neighbour.

"As regards the complexity of our [bilateral] relations, it would be useful if the ambassador spoke Hungarian," said Duka-Zólyomi.

Migaš, who is a relative of former Slovak Speaker of Parliament Jozef Migaš, did not comment on the debate.

The new ambassador, 47, currently works for the Foreign Ministry as section director. Between 1999 and 2003 he was the ambassador for Slovakia's mission to the EU in Brussels.

Counter to diplomatic custom, Slovak President Ivan Gašparovič told the press the name of the new ambassador just a few days after the cabinet agreed on the new man in Budapest, and before Hungary had a chance to agree to the diplomat's nomination.

The Slovak Foreign Ministry expects agreement from Budapest and that Migaš would then take up his post in September.

The cabinet had been unable to agree on a suitable candidate for the position since Štefan Markuš concluded his mission to Hungary two years ago.

Shortly before Migaš was approved, the cabinet nominated former academic Ferdinand Devínsky from the ruling Slovak Democratic and Christian Union to the post, but president Gašparovič disagreed with the nomination, arguing that an experienced diplomat should be sent.

In early March, Hungary's Foreign Ministry said that delays on the part of Slovakia to appoint an ambassador to Budapest sent a diplomatic message.

"It is a fact," Tamás Tóth, spokesman for Hungary's Foreign Ministry, wrote to the Hungarian monthly magazine DT - Diplomacy and Trade, "that such a long delay in appointing an accredited ambassador from a neighbouring country is unusual in Europe, and can be interpreted as a kind of diplomatic message."

Many believed that the absence of the Slovak ambassador was linked to disputes over the implementation of the Hungarian Parliament's law on Hungarians living outside of Hungary, legislation that opened the door to special benefits to ethnic Hungarians living in neighbouring countries.

Slovakia rejected the speculations and said that the problems around finding an ambassador were of a technical nature.