Soon to become a donation nation

ALTHOUGH Slovakia is still receiving development assistance from more developed Western countries, it has begun to take the path of being a donor itself.
Just as Slovakia had been an aid recipient, now it is duty-bound to help reduce social tensions and poverty in other parts of the world. 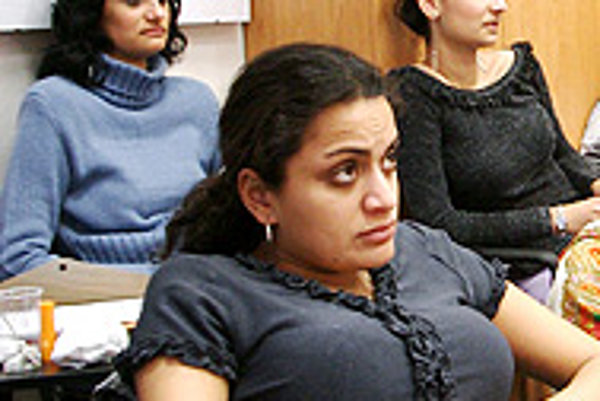 ALTHOUGH Slovakia is still receiving development assistance from more developed Western countries, it has begun to take the path of being a donor itself.

Just as Slovakia had been an aid recipient, now it is duty-bound to help reduce social tensions and poverty in other parts of the world.

Foreign assistance for Slovakia from the bilateral funds of European Union countries and Norway covered almost 250 projects worth almost Sk916 million (€22.9 million) in 2003.

Bilateral assistance has a growing tendency, since the total sum of supported projects has grown by Sk137 million (€3.4 million) from 2002.

These funds are a significant contribution for public and private institutions in the stabilisation of market rules, democracy, protection and development of the environment, and in transition and building institutions according to the EU model.

This information stems from a report on bilateral assistance from EU countries and Norway to Slovakia in 2003.

The sources of bilateral assistance have narrowed to a few countries including the Netherlands, Italy, the Flemish community in Belgium, and Norway, or specialised agencies such as the British Know-How Fund.

Some donor countries make use of direct links to sectors according to the orientation of assistance.

EU countries are mostly only interested in providing bilateral assistance in fields where financing from common funds is impossible or insufficient.

However, with membership in the EU, Slovakia took over, together with the status of being a developed European country, moral responsibilities towards poorer countries.

"In this year's budget there is approximately Sk320 million (€8 million) earmarked for development assistance. However, thanks to other activities (e.g. contributions to international development organisations), according to internationally valid standards we are statistically providing a much larger sum. In 2004 it should reach almost Sk1 billion (€25 million) and in 2005 Sk1.22 billion (€30.1 billion)," the Slovak Foreign Ministry spokesman, Juraj Tomaga, told The Slovak Spectator

The assistance is heading to 13 countries in three regions - the Western Balkans (Serbia and Montenegro, Macedonia, Albania, Bosnia and Herzegovina), Africa (Kenya, Sudan, Mozambique), and Asia (Afghanistan, Mongolia, Kazakhstan, Tajikistan, Uzbekistan, and Kyrgyzstan). Serbia and Montenegro, out of the mentioned states, is the only programme country so far, Tomaga pointed out.

"There have been over 40 proposals out of which 16 have been selected for Slovak aid, within what is now known as the Bratislava Belgrade Fund. Some of the projects were also supported by the Canadian

International Development Agency, a partner to the Slovak aid organisation. It should also be added that these are the

According to the focus, the Slovak side (NGOs, companies, associations), are preparing project proposals. A part of the project is to find a partner in Serbia and Montenegro with whom the project will be realised.

"However, one thing is for sure: Interest is rather large both in Slovakia and Serbia and Montenegro, and we expect to have really strong competition. Also, we know that some of the projects rejected in the course of the first round for purely formal reasons will be revived in the second round. To some of them we really wish all the best, since they are sound and interesting proposals. Some of them offer employment in Serbia and Montenegro, and that is what is needed the most down there," added Kopecni.

Generally, the Bratislava Belgrade Fund is seen as an extension of a process of democratisation rooted in Bratislava's own process, a process that helped Serbia to regain democracy. Therefore, the fund was originally intended to further strengthen, among other things, democracy, local self-government, NGO activities, trans-border cooperation, and EU approximation.

Yet there is also a list of various project titles and needs, like support to small and medium enterprise, education, and even community issues.

"I prefer to see the Bratislava Belgrade Fund as a living thing that generally serves to link two nations and, in addition, helps Serbia and Montenegro on its way to democracy and Europe. I can guarantee one thing: The fund has achieved its purpose. There has been a lot of assistance to Serbia and Montenegro of all kinds in the past several years. The fund has widely

welcomed as pointing out the traditional links between these two states and nations," concluded Kopecni.

Apart from 16 projects for Serbia and Montenegro, two projects for Kazakhstan and one for Afganistan, Kyrgyzstan, the Former Yugoslav Republic of Macedonia, Uzbekistan, and Mongolia were approved during the first two grant rounds this year.

"In total, approximately Sk75 million (€1.9 million) was allocated this year. A selection process from approximately 50 projects submitted in June, 2004 is underway at present.

"Our strategy follows from our comparative advantages and potential. It includes building democratic institutions and a market atmosphere, infrastructure (including social), environmental protection, agriculture, and the management and use of raw materials," Tomaga said.

"If a project is to be financed from state resources it has to focus on the sectors and countries approved by the government," he added.

Slovakia provides assistance directly through various institutions - state, private, and non-governmental. So the basic condition is that the project has to be submitted by a Slovak organisation. At the same time the organisation has to have a partner in the country for which the assistance is determined.

Though Slovakia already acts as a donor, it still needs some further assistance to improve and formalise a structure for its official development aid. Canada, with 50 years of experience as a donor country, has offered its help through the Canadian International Development Agency and its Official Development Assistance for Central Europe programme.

"Canada is the only country so far that is co-financing Slovak development projects. Up to now it has provided more than $500,000 (€400,000). Slovakia is also being helped in the creation of its development assistance programme by the European Commission and the United Nations Development Programme," explained Tomaga.