I OWE a huge debt of gratitude to Slovakia. I was there between the ages of 24 and 27, and the time I spent was seminal in creating the person I am now. When I think back to those years, the memories I have make me laugh. I cried a lot too, and one of the most valuable things I learned was how we edit memories to make a thing into what we want it to be, and how precisely that articulates who we really are. 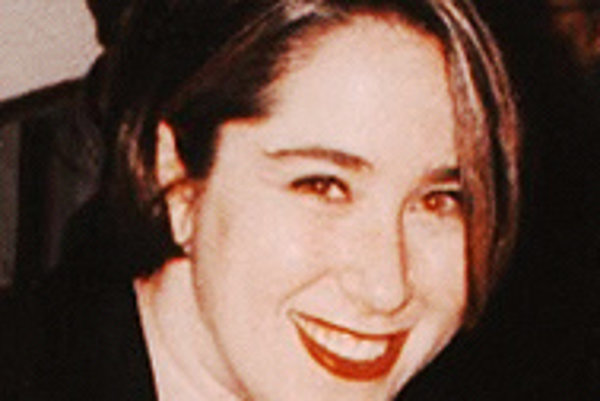 Font size:A-|A+0
I OWE a huge debt of gratitude to Slovakia. I was there between the ages of 24 and 27, and the time I spent was seminal in creating the person I am now. When I think back to those years, the memories I have make me laugh. I cried a lot too, and one of the most valuable things I learned was how we edit memories to make a thing into what we want it to be, and how precisely that articulates who we really are. Ultimately, I left Slovakia with ceramics, an impressive collection of Slovak slang, and friendships with some of the most amazing and inspiring people I could ever have imagined.

I was very young, and a completely inexperienced teacher, when I started my term. I arrived as a Peace Corps volunteer to teach conversational English in a small gymnasium in Humenné.

Teaching high school is a bit like having a baby; you can read books about how to do it, other people can tell you how they do it, but ultimately the only way to learn is by making your mistakes and getting up there and doing it. I do not think I was very good when I started. I did not have a textbook to teach from, was too young to ask for support when I needed it, and I cared too much about being liked by my students.

I slogged through my first year lonely (my Peace Corps boyfriend one town over in Snina dumped me three weeks after I arrived), bored (STV1 was the only channel I got, and without friends there was nothing else to do in Humenné), and exhausted (the dog tied up outside my apartment barked and howled all night).

The funny thing was that, if we had crossed paths in the States, I am quite sure I would not even have spoken to her. In Slovakia, though, we were soul sisters. We would go to Budapest, or Prague, or Krakow, drink too much, and stay up way, way too late.

We drank with a Czech playwright who was scouring the clubs for cocaine; hitched a ride on a military transport train with 18-year-old soldiers who gave us vodka, showed us their M-16s, and played guitar; spit tobacco with a 50-piece Swedish Dixieland band made up of pharmacy students; and on one particularly memorable Saturday at 6:00, I met a guy in a bar in Budapest that had, incredibly enough, graduated the same year and from the same high school as I had.

The weekends were a non-stop international drunken dance party; the weekdays were drab and miserable, something to be gotten through.

A weekend stuck in Humenné was torturous, with nothing to do and no one to talk to. I cooked too much food and then overate.

I actually had dreams about walking through an American supermarket and buying pounds and pounds of cheddar cheese, which was totally unavailable.

Sometimes, walking across the football field that led to my apartment, I would fantasize about breaking an arm or getting another case of strep throat so I could get sent home and see my family.

I never admitted how depressed I was in my letters home, or at awkward dinners at my colleagues' houses, although it must have been painfully obvious. I was having the great adventure, and I was not going to ruin the story by being lonely or incompetent or miserable. I did not allow myself to feel the full weight of it; I was 24, and it did not fit the kind of person I thought I was. They say that the Peace Corps is the toughest job you will ever love. That really does not do my first year in Humenné justice.

A funny thing happened my second year, though: I adjusted. I had lesson plans I had created the year before, and I no longer dreaded the bell every morning. My Slovak was good enough that I did not crash every night completely worn out from the effort it took to conduct my life in another language, and I made a couple of friends my own age. I found a sort of rhythm, and started thinking about what I would do when my term ended. What I ended up doing was moving to Bratislava, where I expected the support of a loving host family and a myriad of job opportunities.

As it turned out, my loving Slovak family had just been torn apart by the departure of my host father, who had left his wife, children, and parents for a younger woman.

My joy at easily finding a job as an editor for TASR, meanwhile, was tainted by the fact that I had to find an apartment, and quickly.

One of the oddest coincidences of my stay was that the place that I did eventually find turned out to be the place my host father had moved when he left. According to my new landlady, he was a very sad man, not at all the way I remembered him.

My life in Bratislava is extraordinary in my memory. I only worked about six hours a day. I had fallen in love, for real, for the first time in my life. I went to the gym twice a day, six days a week. The weight I had put on in Humenné came flying off. I had cable. I had a social circle. I could buy cheddar (not good cheddar, but cheddar all the same) at the Kmart grocery store.

And at the office, an unbelievable, sisterly camaraderie manifested in gifts of chocolates and Clementine oranges.

I had made another best friend - a woman who is, to this day, one of the most incredible people I have ever had the fortune to meet. We giggled at parties and had long conversations about why Americans hate the French deconstructionist Baudrillard.

I taught my landlady how to make bagels; she told me how her family had hidden Jews during World War II. The fondness that colours the time I spent in Bratislava is the same fondness I felt while in Bratislava for my little post in Humenné.

A brief trip back was a shocking reality check. I was looking to assuage my nostalgia; instead, I recognised how intensely miserable I must have been to have fantasized about breaking a bone so that I could go home. This was at least a part of the truth about my life in the Peace Corps.

I no longer presume to know that truth about my years in Slovakia. Anything I write here, now, is highly suspect and subject to the ravages of time, to how I want to remember it, how I like to think about myself. If I were younger, it would bother me. It does not anymore.

This is just one way that Slovakia showed me who I am. Like I said, I owe Slovakia an enormous debt of gratitude. Likewise for the people whom I met and who contributed in no small part to the person that sits in an office in 2004, in Cincinnati, Ohio, writes this, and thanks you.