THE HISTORIC town of Banská Štiavnica will welcome leading cellists to play for the fifth time at the annual Festival of Nice Music. The four concerts will be delivered between July 30 and August 1 at the town's Old Castle and a baroque manor house in nearby Svätý Anton. 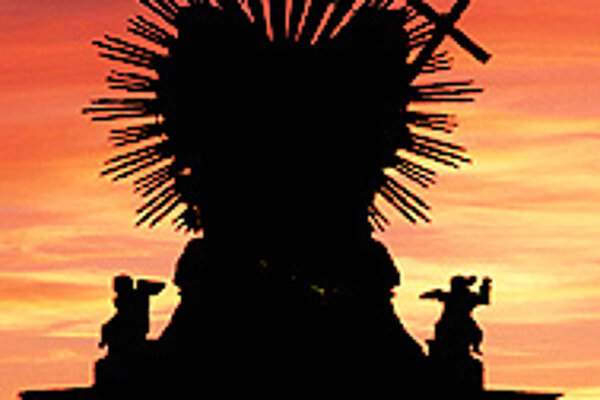 Font size:A-|A+  Comments disabled
THE HISTORIC town of Banská Štiavnica will welcome leading cellists to play for the fifth time at the annual Festival of Nice Music. The four concerts will be delivered between July 30 and August 1 at the town's Old Castle and a baroque manor house in nearby Svätý Anton.

The festival is the only such event in Banská Štiavnica and, according to its organisers, "it has become a real music holiday in the town", which, thanks to its rich mining tradition, is placed on the UNESCO World Heritage List.

"It is almost unbelievable that such an event was absent from Banská Štiavnica in previous years," said Lele Zemanová, who organises the festival with her husband, Eugen Prochác.

A cellist himself, Prochác dedicated the festival to cello music. However, it is also open to other instruments used in various combinations with the cello and tries to loosen its classical borders to touch other music genres.

"The first year brought an ensemble of five top Slovak cellists and their interpretations of ragtime and Argentine tangos. This year's opening concert, with Spanish and Portuguese compositions, is not merely classical music as well. Moreover, the event annually premieres works by contemporary composers," said Zemanová.

Prochác, along with soprano singer Eva Šurcová and accordionist Rajmund Kákoni, will unofficially start the event during an exhibition opening of works by photographer Juraj Králik - the creator of this year's festival poster - at 17:00 on Friday, July 30, at the town's Old Castle. The musical trio will premiere a work by Víťazoslav Kubička, one of the three prominent Slovak composers whose works will be presented for the first time at the festival this year. The ceremonial opening concert of the festival will take place at 20:00 at the castle. Bratislava Chamber Soloists, led by Portuguese conductor Manuel Teixeira, will perform works by Joly Braga Santos, Joaquin Turina, Luigi Boccherini, and Wolfgang Amadeus Mozart.

Saturday will begin at 17:00 in the Svätý Anton manor house with Austrian Day. Austrian flutist Barbara Gisler-Haase, guitarist Walter Würdinger, and cellist Eva Landkammer will perform works by several international composers, including a premiere by Slovak Milan Novák. The Austrian atmosphere will continue at Banská Štiavnica's castle with a concert by Juball Trio, starting at 20:00.

The next day will close the festival with a performance by Czech cellist Jiří Hanousek and pianist Nora Škutová at 20:00 at the castle. The duo will play Beethoven, Stravinskij, Dvořák, Shostakovich, and Martin Burlas's new joyful work entitled Príslušenstvo a zábava (Accessories and Fun).

"The fact that Banská Štiavnica does not have a piano that could clearly serve concerts is a big problem for organising the festival, despite the fact that the town has an adequate concert space - the Knight's Hall at the castle," said the organisers.

"We suppose that, if we could solve the matter, the musical life of the town would significantly increase."