Social exclusion of the vulnerable socio-ethnic groups never solves the underlying problem, but only widens the gap between the majority and these minority groups, invoking the risk of future social conflicts, Assistant Secretary-General of the United Nations, Kálmán Mizsei said in an interview with The Slovak Spectator. 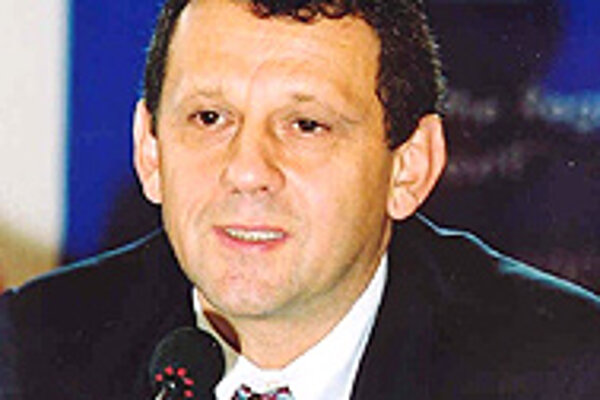 Font size:A-|A+0
Social exclusion of the vulnerable socio-ethnic groups never solves the underlying problem, but only widens the gap between the majority and these minority groups, invoking the risk of future social conflicts, Assistant Secretary-General of the United Nations, Kálmán Mizsei said in an interview with The Slovak Spectator.

The Slovak Spectator (TSS): The World Bank warned about the gap that continues to grow between the wealthy west and poor east. What are the most effective tools that the government should use to reduce that gap?

UN Assistant Secretary-General and the Director of the Regional Bureau for Europe and the CIS in the UNDP, Kálmán Mizsei (KM):The problem of the large gap between the wealth of the West and the eastern part of the country is real. However, I want to put this problem in the framework of a phenomenally successful economic transformation and to see it as a remaining issue that Slovakia must solve.

Part of the problem is the legacy of communist industrialization; the collapse of COMECON (Council for Mutual Economic Cooperation) left behind industries without much international market, which was a major blow for a small country like Slovakia where industry is heavily concentrated. The problem will solve itself only partially and too slowly without extensive government policies. The European Union is of course the best chance for Slovakia in this respect, but it is not an automatic solution. The EU is an opportunity to absorb what essentially is a large amount of developmental money, and here I emphasise developmental to show that the UNDP can still provide many services for this process, but this money has to be used wisely for good projects.

Obviously, the disadvantage of the east is not only geographical distance, but also the lower education level and the lack of skills that sell on the labour market. Particularly complex is the aspect of the very large portion of socially excluded people, especially the Roma. That dimension adds an additional facet to the problem.

TSS: Experts, however, warn that feeding the poor regions with state aid to support people in their islands of poverty at any cost might be counter-productive, as in the event that the aid is cut, the situation of the region may worsen.

KM: Yes, that is a valid point. This is why I emphasise the importance of enabling people to build mechanisms that help them to emerge from their poverty rather than feeding them with unconditional aid that only preserves their situation. The EU, which in essence is an integrative intergovernmental institution, is not always at its best in using the available developmental money efficiently. Donors and receivers have to learn how to use developmental money wisely.

Again, the most efficient way is to build infrastructures that bring the regions closer to the developed parts of the country. As for east Slovakia, roads would allow the region to trade with its new EU partners as well as with the Ukraine, Romania and the Carpathian region, which are all very important. However, soft support should complement this: it could help to increase the skill level of the people and their ability to seek jobs on the labour market.

TSS: There is a serious lack of job opportunities for the Roma in Slovakia. The government built its strategy to integrate the Roma community on temporary balancing strategies, which would help boost the Roma to the same level as other groups. However, some ministries oppose those strategies claiming that the government should operate according to the "civil principle" and not based on an "ethnic" one. Could those balancing strategies, which would include creating jobs specifically for the Roma, accomplish the desired effect?

KM: The question is complex and both sides have a point. If one supports the socially excluded people only on the basis of ethnicity it obviously creates other inequalities.

In the micro-cosmos it could happen, let's say, that if you support the Roma groups in eastern Slovakia, the socially weaker Slovaks or ethnic Hungarians in the region could be hindered. However, the research and practical experience included in our last global human development report for 2004 unequivocally shows that without well-targeted positive discrimination the problems either cannot be cured or could be cured in a much, much slower way. We believe in both, to support territories and social groups on the basis of civil principle but also positive discrimination. The Roma population of Slovakia is so much behind the mainstream, and it is so much a target of prejudices, that its problems cannot be solved exclusively on the basis of civil principle.

There is such a wide facet of problems that we need to address: a low education level and malnutrition as hungry children just cannot concentrate in school, the issue of businesses committing to support Roma employment, including their well designed training. You need to have positive Roma examples and a layer of Roma elites.

You also need to educate the majority population. Slovakia is a nation with a very recent independence, which brings along stronger concerns over eventual harm to the national identity and sometimes it can lead to excessive fears about the growth of the Roma population and to the prejudices that we sometimes observe. Opening up the society in general helps, but we also need to show the majority that there are some other ways of solving problems than the social exclusion of the Roma. In fact, exclusion and negative attitudes only magnify the problems in the future.

TSS: A long-term problem of the Roma minority is that they do not have any strong political representation at the national level. Most media references to Roma politics pertain to their internal conflicts and fights for positions. Could a serious representation of the Roma help to cure some of the problems?

KM: The mainstream media in our countries are just too happy to report on these internal conflicts, which is not to say that these splits do not exist, but they also do exist in other parties as well. There are different levels at which the Roma can organise and become publicly active. One is the international NGO level. There are for example, Roma NGOs that are active within the "Náš Spiš" (Our Spiš) project.

Participation in local politics is as equally important as being present in the national political scene. I do not think that there is any recipe, whether the Roma should establish a national representation or whether they should work through the existing established parties. In my home country (Hungary) there is no Roma party, but the major parties have a strong Roma representation. The first Roma member of the European Parliament, incidentally, came from Hungary as a result of the recent European parliamentary elections. You do not necessarily need to have Roma parties but what is crucial is to have vigorous and strong representation on the local level as well as on the natiaonal scene.

TSS: East and central European countries should also become developmental aid donors and not only recipients of this kind of aid. Do you feel that the new EU members are successful enough in providing aid for the third world countries?

KM: Slovakia has been phenomenally successful in this respect, which is a very recent success. Slovakia does three things very well: its successful economic and social transition serves as an example for its eastern neighbors. Second, on the basis of this experience they are able to share talented Slovak experts with the further east. Third, which is not to be underestimated, is its hosting of UNDP regional centers and giving various support to them. The Slovak government has been directly supporting the whole region. The UNDP and the government are working in a strong strategic partnership to provide developmental assistance. Money is only one component of this assistance. Even more important is the quality of the programmes and the experts that this cooperation provides. Yet, I do not say that money is not important, but if the officials only concentrate on the developmental aid level as a percentage of the GDP then they might be missing some important things.

TSS: Down from 39th place last year, Slovakia ranked 42nd in the latest Human Development Report prepared by the United Nation's Development Program (UNDP). What has caused the lower ranking?

KM: The human development chart includes many factors that deserve attention, but the year-on-year change in the human development index belongs to those factors that do not deserve that much attention from the Slovak media. The index is designed in a way such that medium and long term trends matter and should be watched. Year-on-year changes of the index can only reflect relative changes. I would encourage the journalists to look at the charts that reflect long-term developments, which clearly show that Slovakia has improved over the past decade. The year-on-year charts do not reflect any negative changes in Slovakia, they only show us that the Baltic countries have been developing faster. These are the nuances of change.

I think Slovakia has been doing very well. What is important to take from this report is the first issue of cultural diversity, which touches on how to integrate minority groups into the society. It is a report that is worthy of the Slovak public's attention.

TSS: Could you tell us something more about the "Our Spiš" project?

KM: This project tries to address poverty in a relatively backward region in a comprehensive enough way. I was particularly impressed by the establishment of community centers in 13 communities, which provide real assistance to those that otherwise would not have the skills to fill out papers, or apply for jobs, and it also provides vital training to those who would otherwise not have access.

The approach that we have adopted in the Middle Spiš region is worth noting and hopefully can be scaled up considerably now that EU support will increase the offical financial flow into Slovakia. This region needs this type of community-based support, particularily now the new national social support schemes significantly increase the chances for the most needy social groups to suffer.