By helping to expand Slovakia's economy through US investment, Slovak ex-patriates can provide more opportunity for Slovakia's young people to make a successful life for themselves and their families. Many Slovak-American organisations are very interested in helping the younger generations in America understand and appreciate their Slovak heritage and the contributions that Slovaks have made in the United States, said Jan Eric Surotchak, chair of the Friends of Slovakia (FOS). 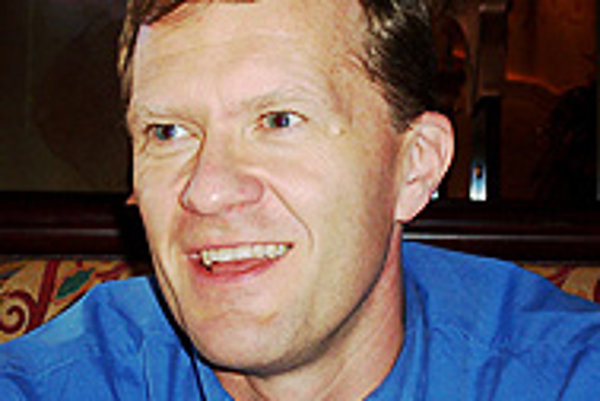 Font size:A-|A+0
By helping to expand Slovakia's economy through US investment, Slovak ex-patriates can provide more opportunity for Slovakia's young people to make a successful life for themselves and their families. Many Slovak-American organisations are very interested in helping the younger generations in America understand and appreciate their Slovak heritage and the contributions that Slovaks have made in the United States, said Jan Eric Surotchak, chair of the Friends of Slovakia (FOS).

The Slovak Spectator (TSS) Do you feel that Slovakia is forthcoming enough towards its ex-patriates, who in fact have the potential to help improve the country's image abroad?

Jan Eric Surotchak (JES): Friends of Slovakia has always had an excellent relationship with the representatives of the Slovak Government in Washington, as well as with a number of the ministries in Bratislava, and it has been able to accomplish a number of its own projects primarily because of these close links. It's clear to me that the Slovak government is working very hard to overcome lost time in communicating Slovakia's success story, at least in the United States.

JES: There is little doubt that we have a long way to go to catch up to the capacity of other ethnic groups to lobby for our interests, even though some significant progress has been achieved over the past several years. There are many, many diverse groups of Slovak-Americans, just as there are many varying groups of interest and opinion in Slovakia itself. Some are more focused on cultural heritage and protection, some on business ties, some on relations with the church, and others on other areas of cooperation - among them, for example, the drive to ensure Slovakia's membership in NATO, which united all groups in the USA. Taken together, these groups present what I believe is a realistic reflection of Slovak culture today. Increasingly, we are seeing a new generation of Slovaks living in America who are young, ambitious, and successful. In my mind, they are the very best at representing Slovakia's interests.

TSS: What are the challenges that Slovakia's membership in the EU has brought to the Slovaks living outside Slovakia?

JES: I am not sure I could identify any major challenges at this stage, mostly because it remains to be seen exactly what Slovakia's membership in the EU will mean as the EU evolves.

TSS: What was the main reason behind founding The Friends of Slovakia? Who are the mainmembers of the organisation?

JES: Friends was started with the idea that there is an increasing number of people all across the United States today who have ties to modern Slovakia, and who are willing and eager to commit time and resources to improve the relationship between the two countries. These are sometimes people who have Slovak roots, but there are many others who have no Slovak background, but have lived in Slovakia as Peace Corps volunteers, served as diplomats in Bratislava, came to Slovakia to open successful businesses, or work in the non-governmental sector. Friends set about to bring these people together to help improve relations between the countries in the areas of politics, business, and arts and culture. We've had an excellent group of committed colleagues from the very start, including America's first Ambassador to the Slovak Republic, Ted Russell; President of Tucker and Associates, William Tucker; Slovak Honorary Consul in Western Pennsylvania ,Joseph Senko, and Attorney Mary Ellen Callahan, among others. Nothing, however, would have come together for Friends without the leadership of former Slovak Ambassador to the US Martin Bútora, and we are happy to continue our relationship with his successor, Ambassador Rastislav Káčer.

TSS: What were the most important projects your organisation pursued?

JES: We were extremely proud to support a long series of activities surrounding the opening of the new Slovak embassy in Washington in the summer of 2001. In addition, we have a successful ongoing series of roundtable discussions in partnership with the well-known Washington think-tank the Center for Strategic and International Studies. We organised a large gala dinner to celebrate Slovakia's membership in NATO with Madeleine Albright in Bratislava in 2002, and collected funds to help rebuild the damage of the floods in Slovakia in 2003. And we regularly support a number of exchanges and NGO activities that help build ties between our two countries.

TSS: What issues are currently of interest to Slovaks living in the US?

JES: Now that NATO and EU membership have been achieved, a major focus of interest is on further developing the business relationships between the USA and Slovakia. American investment - as shown most clearly by the work of U.S. Steel and other American companies that have been active in Slovakia for several years - can provide tens of thousands of dependable, well-paying, and skilled jobs. By helping to expand Slovakia's economy with US investment, we can provide more opportunity for Slovakia's young people to make a successful life for themselves and their families. Additionally, many Slovak-American organisations are very interested in helping the younger generations in America understand and appreciate their Slovak heritage and the contributions that Slovaks have made in the United States.

TSS: Do you feel that the Slovak communities abroad are unified enough? What should be the main focus of their activities?

JES: Some people joke that wherever you find four Slovaks, you'll find at least five different opinions. And there are, of course, many differing opinions on issues among American Slovaks, Canadian Slovaks, Australian Slovaks, and others, depending on one's political affiliation, the time and the conditions under which they or their ancestors left Slovakia, and other factors. But on the whole, I think you'd be surprised to find that there is also a great deal of unity as well. Every leader in the Slovak-American community with whom I speak is extremely proud of Slovakia, its history, and what it has accomplished since the revolution of 1989 and independence in 1993. We are all greatly encouraged by the economic progress Slovakia has made, although we all know that there needs to be more. And I believe it is fair to say that we all hope and pray for a future that is prosperous enough to ensure that there will never again be a need for large-scale emigration. By focusing on helping Slovakia to grow economically and cementing its position in the transatlantic relationship, we can all contribute to such a future.

TSS: Ex-pats in the US or Canada are in a different situation than that of Slovak ex-patriots living in Hungary, Romania, Poland or the successor countries of the former Yugoslavia. How would you characterise the main difference between these communities?

JES: Needless to say, the communities in the US, Canada, or other countries of the West don't face the same existential questions as those in the countries you mention. We are fortunate to be in a position to commit resources of our own to help build relations with Slovakia. But, in another sense, we do share with those communities a desire to keep the Slovak language and Slovak culture alive for our young people, and this is quite a challenge, as the very closely-knit neighbourhood and church-based communities of Slovaks in the US have weakened. It's possible that we share more than one might at first think.

TSS: In Canada there is a sub-culture of Slovak ex-patriates who tend to praise the wartime Slovak state and consider its officials to be the greatest of Slovak patriots and symbols of Slovakia's independence. Is there a similar tendency among US ex-patriates as well?

JES: My experience is that different generations of immigrants simply view history differently from other generations. In my Protestant family, the Slovak State was never a topic of conversation, even though my grandfather's eight brothers and sisters all had deep emotional connections back to Eastern Slovakia and were all extremely "patriotic" in that sense. It seems clear to me that it is in Slovakia's best interest for the communities in the US and elsewhere to understand that making a success of independence requires that we focus on what unites us and not on what divides us. Slovakia has never been well served by internal conflicts, and the country will move forward far faster if we are more effective at communicating the great progress that has been made since 1992.

TSS: There is often confusion about what to call the Slovak ex-patriates. Are they foreign Slovaks or Slovaks living abroad? Does it matter for them?

JES: It matters more to some than to others. In the US, the tradition is often that we call people Irish-Americans, or Polish-Americans, or Slovak-Americans because we are first and foremost Americans, and the adjective just helps give us definition. Today, though, there are many young Slovaks living in the US who are not US citizens who maintain regular ties back to Slovakia, so they don't fit the same mold. Again, I'm not sure that the terminology is an issue that measures up to the challenge that we all have in identifying a way in which we can contribute to successfully building today's modern Slovakia.

The Slovak Spectator will continue its special focus on Slovak ex-patriates in its next issue.