TRENČÍN has a strong tradition of machine industry and belongs to one of the most developed regions of Slovakia. However, under socialism the industrial sector mainly focused on military production, which ceased after the Velvet Revolution. As a result, the region underwent a painful industrial restructuring. 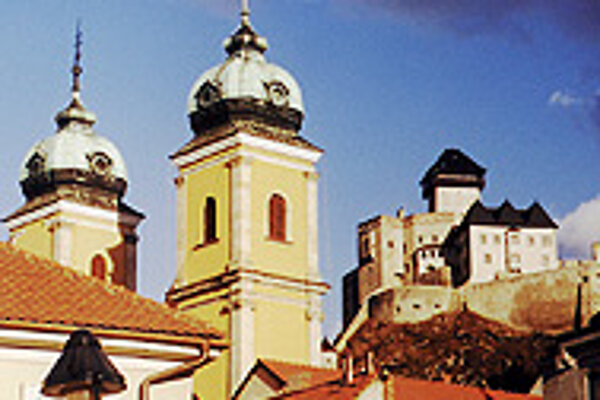 Font size:A-|A+  Comments disabled
TRENČÍN has a strong tradition of machine industry and belongs to one of the most developed regions of Slovakia. However, under socialism the industrial sector mainly focused on military production, which ceased after the Velvet Revolution. As a result, the region underwent a painful industrial restructuring.

Good infrastructure, proximity to the Czech Republic, industrial roots and educated labour are the strengths of the region. It also has tremendous tourist potential thanks to its mineral and hot springs

The region is fairly hilly, separated from the Czech Republic by the Biele Karpaty Mountains, together with parts of the Myjava hills and Javorníky.

On the slopes of these mountains is the Považie valley where a majority of the region's population live, and through which all important traffic connections cross.

The mineral and healing waters of the region helped establish the fame of its spas, some of which like Trenčianske Teplice, Nimnica, and Bojnice are reknowned internationally. In addition the medieval castles of Trenčín, Bojnice, Beckov, Lednica and Považské Podhradie are also attractive to tourists.

As of March 31 2004, the volume of foreign direct investments (FDI) in the region reached Sk12.9 billion (?323 million), ranking it in fifth place among all regions of Slovakia. The region's share of the total amount of FDI was 3.6 percent in March 2004.

The principal foreign investors are German companies but there are also firms from Japan, Switzerland, Canada, and Austria.

Next to the city of Trenčín, an industrial park with an area of about 115 hectares is being built. Already the Swiss firm Sky Media Manufacturing has expressed preliminary interest in establishing its new plant there.

However, the ownership of the land of the planned park is still not settled. The industrial park will be situated near the highway, the main road to Bratislava, and the railway station.

The park is situated halfway between Trnava and Žilina where French and Korean carmakers want to build their production sites respectively. Thus, it also could be a very attractive place for car component makers for both PSA Peugeot Citroen and Kia Motors.

According to the mayor of Trenčín, Branislav Celler, there are also American and German firms who believe that the new park has a good location thanks to its proximity to Czech borders and its advantageous taxes.

The Trenčín region is one of the strongest economic regions in Slovakia and after Bratislava, the most industrialised. Its infrastructure is good, even though it has no international airport.

It generates Sk105.1 billion (?2.5 billion), or 10.4 percent, of Slovakia's gross domestic product (GDP) putting it in fifth place among all of the regions.

In terms of GDP per capita, the region ranks fourth at Sk173,432 (?4,185), with the region's industry generating a higher share of GDP than the national average (38 percent versus 26 percent).

Thanks to its geographical location, the region of Trenčín has an excellent reputation for its wood-processing and forestry industries. Almost 49 percent of the region is covered by forest.

There are also sources of brown coal and construction materials like sandstone, limestone, gravel and brick clay.

In 2003 unemployment fell to the third lowest in the country at 9.6 percent, more than two percent lower than in the previous year. In May this year, the unemployment rate had fallen further to 8.9 percent.

In 2003 the average monthly salary in the Trenčín region was the fourth highest in the country - Sk13,448 (?325), only Sk1,813 (?44) lower than the national average. According to the Pravda daily, monthly salaries in Trenčín, together with the regions of Trnava and Košice, showed an even more dynamic increase last year than Bratislava.

The number of vacancies in Trenčín is gradually increasing year-on-year. In 2003, for example, the region had a 14.01 percent share of the vacancies in the whole country. The majority of the population work in the industrial sector (54.4 percent), public administration and defence, health care, and education.

People can obtain higher education at the University of Management and the relatively new Trenčín University of Alexander Dubček with faculties of mechatronics, social-economic relations, and special technical and industrial technologies.

Besides technical and vocational schools that provide trade training, there are also schools specialising in agriculture, health care, and business. The region has several general secondary grammar schools.

The road and railway system of the Trenčín region is well-developed. Since it does not have an international airport, flight connections are secured from the airports of different regions. An international railway route (Hungary/Austria -Bratislava -Trenčín - Košice Poland) crosses the region.

Most of the highway between Trnava and Bratislava has been built and it is expected to be completed by 2005. There is also the possibility of opening up a river route via the Váh river.

Due to its favourable geographical and strategic location in the Váh valley, the city of Trenčín is one of the most important cities in Slovakia with a rich history.

The renowned Greek historian and astronomer, Ptholemaios, drew a map in the 2nd century AD of the then-known world that depicted a settlement named Leukaristos (Greek for the Latin name Laugaritio) where Trenčín lies today.

Laugaritio was founded after the Romans seized Podunajsko (a region along the Danube river) and established a province known as Panony. The Romans built many fortified military settlements to guard the northern border of their empire. In campaigns against barbarian tribes, the Romans moved ever further north until they finally established the military camp of Laugaritio.

An inscription commemorating a victory by Roman troops over the so-called Markomans is chiselled into a cliff rock, and was written by Marcus Valerius Maximianus in the year 179 A.D. The inscription states: "To the victory of the emperor and his army of 855 soldiers, residing at Laugaricio. Inscribed by the order of Maximianus, legate of the llth auxiliary legion." The inscription can be seen through a glass wall inside the Hotel Tatra next to the castle hill.

The most important foreign investors in the Trenčín region