BUSINESSMAN Marián Kočner, who tried to take over the private TV broadcaster Markíza, the media child of current Economy Minister Pavol Rusko in 1998, has now bought around 9,000 square metres of the land on which the future plant of South Korean car giant Kia should be built. 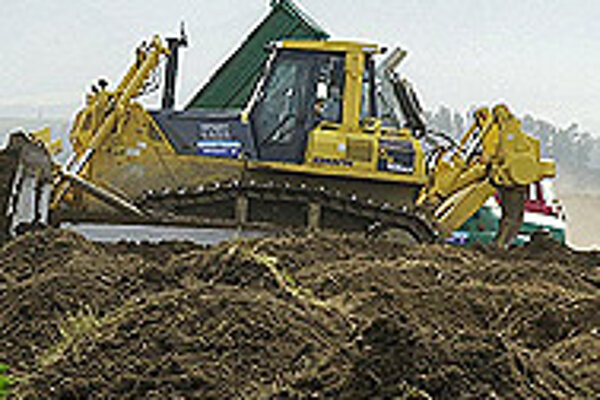 Font size:A-|A+0
BUSINESSMAN Marián Kočner, who tried to take over the private TV broadcaster Markíza, the media child of current Economy Minister Pavol Rusko in 1998, has now bought around 9,000 square metres of the land on which the future plant of South Korean car giant Kia should be built.

Kočner, who has made Rusko's life bitter in the past, has now become a member of the petition committee of landowners who are unhappy with the price the state is offering for their property on the proposed plant site, the daily SME wrote.

"It shows that the land has become a subject of speculation. Everyone is trying to get rich on it and blackmail the state," said Rusko.

The state promised to settle and prepare the land for the plant by the end of August.

Rusko said that the cabinet would decide on August 18 on further steps in the purchase of the land and that expropriation remains an option.

Recent meetings between Rusko and the landowners, who insist that their plots being reclassified from agricultural land to building plots, have reached a dead end.

Rusko said that meeting the claims of the landowners would delay the process and increase the cost of the plant by hundreds of millions of crowns.

Žilina Invest, the company that is buying the land from the landowners on behalf of the state, has so far managed to settle 70 percent to 80 percent of the entire 220 hectare area intended for Kia Motors and Hyundai Mobis.

According to Stanislav Vinc, the Hyundai/Kia project manager, the company has already begun preparing documents for the potential expropriation of the remaining plots.

The Financial Times daily recently reported that Kia managers have already warned the Slovak government that it could still move its new factory to another country.

The acquisition of part of the land by Kočner's company is yet another complication in the land disputes. Kočner says, however, that he is not driven by his past conflicts with Rusko, who had to pay him tens of millions of crowns in 2002.

Kočner said that he only wanted to protect the landowners from the arrogance of the government, which threatens to expropriate the land if the owners do not accept the offered price. Rusko told the daily SME that the statement gave him a good laugh.

Police suspect Kočner of having ties to the underworld.

Just a few weeks ago, Fedor Flašík, who is associated with the opposition party Smer, advised the landowners not to sell their land unless the state paid them a higher price.

Žilina mayor Ján Slota has warned several times that someone was deceitfully trying to hinder the purchase of the land, and voiced suspicions that "some foreign powers" were behind the plot.

Rusko and Kočner's common history goes back to 1998 when Kočner's firm took over Markíza shortly before the parliamentary elections in September.

Kočner's firm Gamatex bought Markíza-Slovakia in an auction stemming from distraint proceedings that came as a consequence of the unsettled claims of Siloš Pohánka towards Markíza-Slovakia. Pohánka allegedly provided Rusko with a loan guarantee when he was trying to obtain a TV license. For this service, Rusko was to give Pohánka half of his share, i.e., 25 percent of Markíza-Slovakia. After Pohánka could no longer collect the claim, he sold it to Gamatex.

The case, which dragged on for several years, was closed in 2000, when Rusko paid Kočner and his partners approximately Sk80 million (€2 million).