THE SLOVAK government is under fire from human rights organisations that argue that its Roma-related policies do not do enough to eliminate all forms of discrimination against the Roma community.
The European Roma Rights Center (ERRC) lashed out at the government for what it called a failure to meet its own programme on the issue. 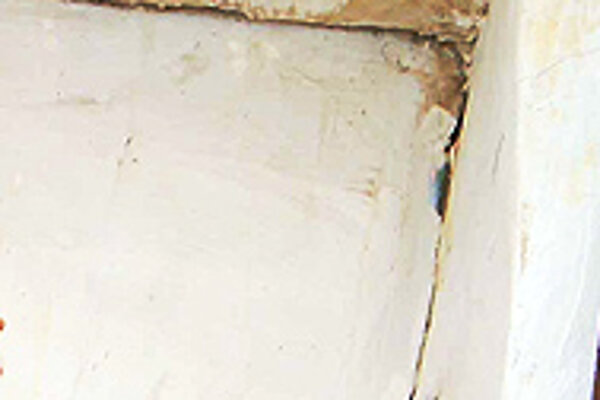 Font size:A-|A+0
THE SLOVAK government is under fire from human rights organisations that argue that its Roma-related policies do not do enough to eliminate all forms of discrimination against the Roma community.

The European Roma Rights Center (ERRC) lashed out at the government for what it called a failure to meet its own programme on the issue.

"The Slovak government has not fully complied with its obligations under the International Convention on the Elimination of All Forms of Racial Discrimination (ICERD) to prohibit and bring to an end, by all appropriate means including legislation, racial discrimination," reads an EERC statement.

The United Nations Committee on the Elimination of Racial Discrimination in Geneva heard the Slovak Government's report on the Situation of the Roma community on August 9. The results of the hearing will be published in a couple of weeks.

However, the head of the Budapest-based ERRC, Claude Cahn, assumes that the evaluation of the report will be rather critical.

Cahn said on August 10, that the only positive move that his group can credit the government for is the anti-discrimination legislation that the Slovak Parliament ratified on May 20, 2004.

The ERRC claims that discrimination persists in education, where more than 40 percent of Roma children are placed in special schools for the mentally disabled.

"The racial segregation of Roma children in the Slovak school system virtually ensures that the Roma will remain, for the foreseeable future, a systematically excluded underclass. Additionally, a large number of Roma live in a state of complete physical separation from mainstream society, in slum settlements segregated from the rest of society," reads a report on the ERRC's official website.

According to the ERRC, the Roma face discrimination in the sphere of medical care, social security, and social services.

The ERRC, which based its conclusions on research conducted in cooperation with the Milan Šimečka Foundation, the Center for Roma Rights in Slovakia, and the League of Human Rights Activists, is also critical of the Slovak police for its ineffectiveness in solving racially motivated attacks against the Roma.

However, government officials argue that solving the problems of the Roma community is a lengthy process and that some progress has already been made.

"[To understand] the issue of Roma communities and their problems it is necessary to view them in a wider European context. No European country has been able to solve these problems in the short term. It is long-term work and a process that requires many years.

"This does not mean that partial improvements are not visible, but those are only fragments of the mosaic of solving the problems," Martin Urmanič, spokesman for Deputy PM for minorities Pál Csáky told The Slovak Spectator.

" No one has said that the situation of the Roma in Slovakia is good, but it is necessary to say that it is not as dramatic as some try to describe it," he said.

However, the ERRC report insists that in many cases the Roma who live in remote settlements were denied health assistance.

Beata Oláhová, an ERRC member, said that on several occasions when Roma called for an ambulance, because of urgent medical need, no assistance came. In some of these cases, she claims, the end result was the death of the person concerned, the news wire SITA wrote.

The ERRC also insists that the police are often silent about the fact that the offenders who attack the Roma are racist extremists.

"Many of these statements are not concrete and are built on the assumptions of the authors. If anyone has doubts in this sphere or even knows of concrete cases, they have the right to turn to [Slovakia's ombudsman] Mr Pavel Kandráč, they can use the services of the National Human Rights Centre, or turn to the police who are obliged to solve those issues. Apart from that, the Slovak Parliament has adopted the anti-discrimination law that guarantees protection to all the minorities including the Roma," Urmanič told The Slovak Spectator.

Cabinet plenipotentiary for the Roma community, Klára Orgovánová, said that a lot has been done regarding the issue of the perception of the Roma.

"Even issues that had never been discussed before are out there now and people talk about them... people have realised that there is an urgent problem and the government has also started dealing with the situation," Orgovánová told The Slovak Spectator in July of this year.

Officials and international organisations agree that there continue to be a wide range of problems that need to be addressed to assist the Roma. Among these is the generally poor level of education of the Roma population, when compared to the majority of society, and malnutrition.

Also pressing is the need to convince businesses to commit to support Roma employment, including well-designed training schemes.

"You need to have positive Roma examples and a layer of Roma elites. You also need to educate the majority population," Kálmán Mizsei, assistant secretary-general of the United Nations, said in an interview with The Slovak Spectator.

"Slovakia is a nation with a very recent independence, which brings with it stronger concerns about harm to the national identity and sometimes this can lead to excessive fears about the growth of the Roma population and to the prejudices that we sometimes observe," Mizsei said.

"Opening up society in general helps, but we also need to show the majority that there are some other ways of solving problems other than the social exclusion of the Roma.

"In fact, exclusion and negative attitudes only magnify the problems in the future," he added.