THIS PICTURESQUE postcard shows that at the turn of the 19th century Pressburg (Bratislava) was not worse off in terms of pedestrian zones than it is today. 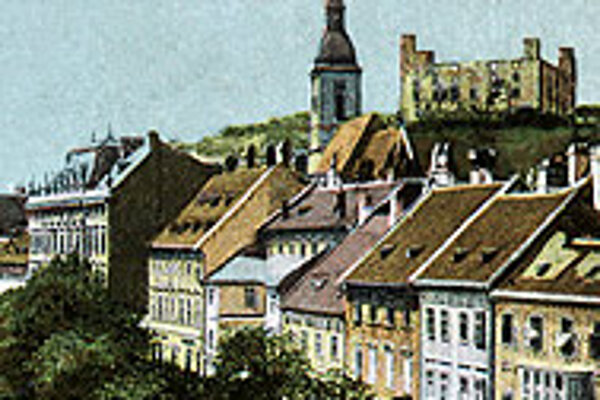 THIS PICTURESQUE postcard shows that at the turn of the 19th century Pressburg (Bratislava) was not worse off in terms of pedestrian zones than it is today.

The Hviezdoslavovo Square, a former promenade, originated as a free space behind the city's fortifications. In the distance it is closed by the Rybné Square, which no longer exists, having fallen victim to the megalomaniac project of the SNP (Slovak National Uprising) Bridge during the communist era. The burned-out ruins of the still unreconstructed Bratislava Castle dominates from the background.