SLOVAKS have often sung American gospel music without even knowing it. Somebody took a melody, wrote a new text, and the original fell through the cracks. One such an example is the popular song Zahoď starosti (Get Rid of Your Troubles), sung by Jana Kocianová and the rest of the nation.
Moreover, many musicians understood this distinctive religious music blended with elements of jazz to be largely the latter. 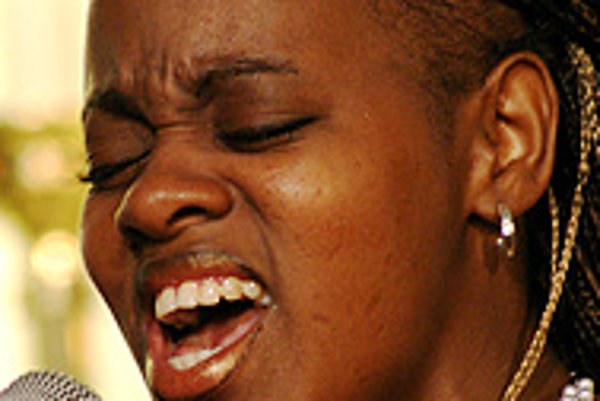 Font size:A-|A+  Comments disabled
SLOVAKS have often sung American gospel music without even knowing it. Somebody took a melody, wrote a new text, and the original fell through the cracks. One such an example is the popular song Zahoď starosti (Get Rid of Your Troubles), sung by Jana Kocianová and the rest of the nation.

Moreover, many musicians understood this distinctive religious music blended with elements of jazz to be largely the latter. After a few sung lines they would jazz up several solos. Gradually, though, they began to learn that, as the song disturbs jazz, the music disturbs gospel. One initiative that has helped clear the waters is the Great August Evenings of Spirituals festival that takes place annually in Slovakia.

"The first years of the festival initiated great interest in spirituals not only among the audience but also within the professional [musicians]. Sometimes I held lectures for them because they understood gospel as jazz. But slowly they began to realise that gospel is built on text and that musicians only accompany the singer," said Ján Juráš from the AP Project agency, the organiser of the festival.

According to Juráš the fact that the festival is entering its ninth year proves that it is gaining in popularity. The first years were only held in Bratislava. Then Nitra joined, followed by Piešťany, Liptovský Mikuláš, and Lučenec.

At the beginning, Juráš wanted the festival to focus only on traditional American spirituals. But since their number is limited and they were being repeated over and over, he decided to widen the festival's scope to modern gospel music.

The first years brought only local musicians to the stage, including Zuzana Suchánková, Gabo Jonáš, Jana Kocianová, and Peter Lipa. The first foreign performer to appear on the Slovak stage was the American singer Melvin Canady in 2002. A year later he returned with his Gospel Singers. Canady currently lives and works in Germany. In the same year, the festival presented Lydiah Wairimu Njoroge from Kenya with her gospel choir His4Tune from Denmark, where she settled with her husband.

The choir, initiated by tenor singer Miro Bruna, a native of the western Slovak town of Trenčín, comes to headline this year's festival as well.

"They like the Slovak hills and Slovak audiences very much, especially the one in Bratislava," said Juráš, who promised they would see the Kriváň peak this time. According to Njoroge, the Bratislava audience was the best audience she had ever had. The people sang with her and energetically praised each of her performances.

Known as the "small woman with a big voice", Njoroge and His4Tune will mainly focus on their repertoire of classical gospel hits - Down by the Riverside, or When the Saints Go Marching In - in Liptovský Mikuláš (August 22), Lučenec (August 24), and Piešťany (August 27). In Nitra (August 25) and Bratislava (August 26) they will perform new songs, as well as last year's favourites, such as O Sacred Head, which Bach used in his cantatas, and Joyful Joyful from Beethoven's Ode to Joy. Additionally, they will present music from their recently issued debut CD.

In Nitra and Bratislava they will also be joined by Close Harmony Friends, a Slovak vocal group performing famous pop, rock, jazz works, and traditional gospels using no instruments. The group, founded by Mario Fančovič in 1990, has issued several CDs and toured many countries.

The festival, whose name is inspired by the Great October Revolution of 1917, as the Russian revolution of that date is known in Slovak, has introduced artists from Europe, America, and Africa to date. Even though the organiser has to fight for financial support each year, the agency is spared further explanation of the definition of gospel to the audience and musicians.

"At the [festival's] beginning, I used to explain to the audience what gospel is, or what spirituals are." Juráš said. "I studied everything that was available. Today, there's no need to do that anymore. [The audience] know what they are going to hear. From the first tune they are totally absorbed."