SOME active and vibrant organisations of Slovak ex-patriates would like to improve their contacts with Slovak institutions, but are often frustrated by Slovak bureaucracy and the slow or lukewarm responses to their initiatives. Milan Beres, vice president and past president of the Slovak American Cultural Center in New York, shared his views on the past, present, and future of the organisations of Slovak communities in the US and around the world. 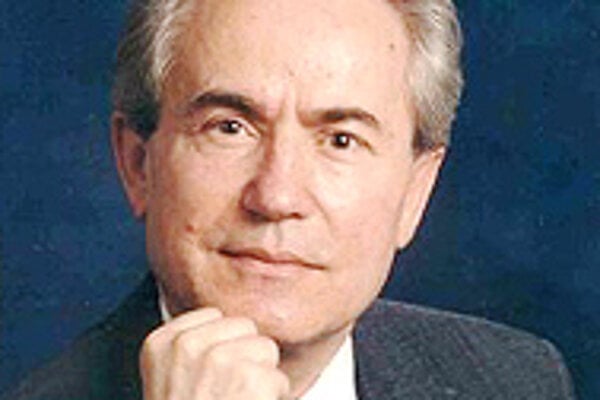 Font size:A-|A+  Comments disabled
SOME active and vibrant organisations of Slovak ex-patriates would like to improve their contacts with Slovak institutions, but are often frustrated by Slovak bureaucracy and the slow or lukewarm responses to their initiatives. Milan Beres, vice president and past president of the Slovak American Cultural Center in New York, shared his views on the past, present, and future of the organisations of Slovak communities in the US and around the world.

Milan Beres (MB): The Slovak communities in the USA have never really been united. This is a consequence of historical conditions and to some degree of geographical and political conditions. From the very beginning - at the end of the 19th century - the communities organised themselves locally, usually around their own church. It was a spontaneous grassroots movement that sought to fulfil the specific needs of each community. From this arose cultural associations, fraternal unions, and religious associations; each serving different needs of the communities.

In 1907 most of the associations joined a newly formed unifying organisation, the Slovak League of America, as corporal members. This unification did not take away the diversity and freedom of the member organisations. It only provided the necessary unified voice in the matters of interest to all Slovaks in the United States.

This unified political voice was heard many times, usually when Slovaks were threatened by a common enemy. Historically it was mostly the struggle for the recognition of the right of self-determination of Slovaks against the powers of Austria-Hungary, the struggle for a free state in a federation with the Czechs. Later it was a very difficult fight for the recognition of the sufferings of our brethren under the communist yoke. Activities to help Slovak refugees from the totalitarian Czechoslovakia have occupied the Slovak League for many years, as did support for Slovak literary and historical work in exile.

Other more active and vibrant organisations would like to improve contacts with Slovak institutions, but are often frustrated by Slovak bureaucracy and the often slow or lukewarm responses from Slovakia to their initiatives. Corruption and some measure of xenophobia in Slovakia are sometimes obstacles to closer working relationships.

It appears that building bridges of understanding each other is the first order of priority.

TSS: What are your centre's main projects and objectives?

MB: The Slovak-American Cultural Center was established in 1967 by a group of enthusiastic intellectuals in the New York City area. The centre continues in its mission to preserve Slovak heritage in the United States for the Slovak-American community; to promote Slovak cultural, scientific, and athletic activities at home and abroad; to familiarise the American public with Slovak culture, history, and current events of Slovak life; and to publicly recognise and promote achievements of Slovak Americans.

Our main activities at this time consist of reorganising our centre so it can better serve our traditional goals in the new situation. We give support and publicity to young Slovak artists who come to perform in the United States. We are actively recruiting new members. Currently we are in the transition from communication by printed newsletters to the use of the internet.

TSS: What have been the most notable achievements of the centre since its establishment?

MB: Our achievements over the years have been many. I will mention some of them.

Our centre published, or sponsored the publishing of several books of Slovak authors in America. At one time we were publishing two periodicals - The Slovak Digest - in English and Slobodná Tribúna - in Slovak.

There have been many lectures, seminars, and cultural events. The centre often cooperated with other local as well as national organisations

Upon the occasion of the United States Bicentennial, the centre collected money from Slovak Americans and erected a monument to a Slovak hero of the American Revolution, Major John L Polerecky, in Trinity Plaza in Yonkers, NY and dedicated it to the public on September 17, 1977.

I would like to point out the initiative started in 1988 to provide stipends and make arrangements for several Slovak physicians to take advanced courses in pediatric cardiology in the United States. When they returned, Project Hope recognised the great potential of this group and helped establish the Center for Pediatric Cardiology in Bratislava.

The Centre provides state-of-the-art specialised medical care to children with congenital heart diseases. This year, Mrs Mimi Danihels from California donated $590,000 (€477,192) for the new technical equipment. Mrs Danihels will be honoured at our annual Slovak Ball in New York in February 2005.

Two years ago, our centre organised a successful fundraising campaign for the Franciscan Gymnasium in Žilina, so with our help they were able to buy an additional building for the school and substantially increase the number of students.

In the field of support for education, the Scholarship of Dr Jozef Stasko has been founded. It is given every year to two students attending the City University in Slovakia.

All this work and more has been done by volunteers with no help from government agencies or foundations.

TSS: Do you feel that the Slovak ex-patriates have been improving the country's image abroad?

MB: Yes, but not fully. The vast majority of Slovak ex-patriates love their old country and their ethnicity and, obviously, they care very much about the image of Slovakia. Image improvement is a modern concept, akin to propaganda or spin. Most Slovaks in America gained their image, or reputation (as it used to be called until recently), without ever thinking about it. They worked hard, they were honest and reliable, they lived frugal lives, saved money, they liked to sing, and most of them observed the rules of their religion. And this is exactly the image of Slovaks among the American public.

We believe that image is a reflection of reality and not the other way around. During the reign of Mr Vladimír Mečiar, we were often urged and cajoled by Slovak officials to work hard on improving the image of Slovakia, while Mr Mečiar produced an international scandal almost every week. In one of the discussions with then Ambassador Branislav Lichardus, I told him that the image of Slovakia was being created in Bratislava, not in the United States or anywhere else. I, and most Slovaks in America, still believe that.

TSS: Do you feel that Slovak community bodies in the US represent the interests of the community?

MB: Most of them have done a very good job of representing and serving their communities and they continue to flourish. Those who have not are losing members.

TSS: What are Slovaks living in the United States currently thinking about?

MB: Slovaks in the US are happy to see Slovakia being admitted to NATO and to the European Union. They follow the economic successes of Slovakia with interest and satisfaction. They would, however, like to see improvements in the field of cultural cooperation. For those Slovaks who still know their native language there are hardly any books available from Slovakia. Nobody from Slovakia offers Slovak books for sale in the US. I wrote a letter about this situation to Knižná Review in Bratislava a couple of years ago, but received no answer.