THE TWELVE registered minorities in Slovakia tend to organise festivals celebrating their cultures individually but never as a collective. Until this year, festivalgoers have had few chances to do a side-by-side comparison of the Ruthenian culture with that of the Roma, or of the German regional history with that of the Hungarian.
With the debut of the first Festival of National Minorities opening in the central-southern town of Tornaľa this weekend, there is now a chance to see them all at once. 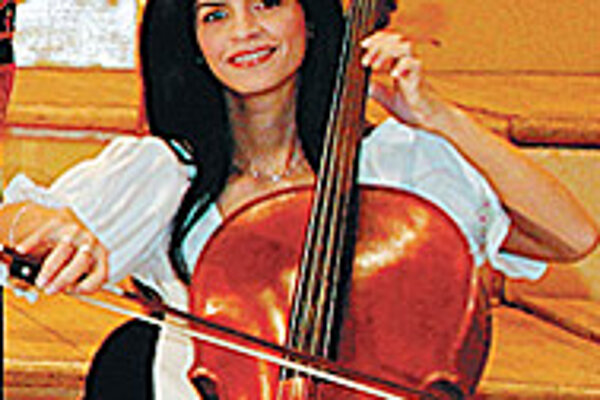 Font size:A-|A+  Comments disabled
THE TWELVE registered minorities in Slovakia tend to organise festivals celebrating their cultures individually but never as a collective. Until this year, festivalgoers have had few chances to do a side-by-side comparison of the Ruthenian culture with that of the Roma, or of the German regional history with that of the Hungarian.

With the debut of the first Festival of National Minorities opening in the central-southern town of Tornaľa this weekend, there is now a chance to see them all at once.

"The aim of the festival is to get closer and to get to know each other [the minorities] better. That we not only watch each other, but also get to understand each other," the representatives of the participating minorities said at the press conference held prior to the festival.

Over the weekend of August 28 and 29 the festival will welcome 35 ensembles with 800 participants from all national minorities living in Slovakia that are officially registered under the Cultural Ministry - the Bulgarian, Czech, Croatian, Hungarian, Moravian, German, Polish, Roma, Ukrainian, Ruthenian, Russian, and Jewish minorities. Apart from those, the organisers have also invited representatives of the majority Slovak population as well as Greek performers.

"Greeks found out about the festival when we were working on the preparation, and they showed their interest in participating in the event. There are around 120 Greeks living in Slovakia," said Zoltán Pék from the agency Music Art, the festival's organiser. "The festival is for all of us who live here together."

Each year the organisers plan to dedicate the festival to a certain minority. That nationality would enjoy higher participation with the possibility of inviting guests from its "motherland". For its debut, the organisers decided to go with the largest minority in the country - the Hungarians.

The evening gala-programmes for Saturday as well as Sunday will thus mainly belong to the Hungarian culture. The first day will see a concert by Margit Bangó and the dance show Czardas - The Tango of the East by the Budapest ensemble. The next day's evening programme will open at 21:00 with the Eurogipsy band of Károly Puka and will close before midnight with a concert by the band Princess.

The festival's cultural weekend will open at 10:00 on Saturday with booths displaying and selling traditional and folk-artistic crafts typical of the minority cultures. There will also be a goulash-cooking competition and a beer festival. A special jury will award the most beautiful children's painting under the theme Do You Know the Origin of Your Ancestors?

Starting at 13:00, performances by children and youth ensembles will officially open the event at the local amphitheatre. That day's gala-programme, starting at 21:00, will also offer the widely popular dance show by the professional Slovak Folk-Artistic Collective (SĽUK) - From the Heart. Additional programmes, such as skating on artificial ice, a display of cars and motorbikes, tastings of traditional food will accompany both days of the festival.

The following Sunday will start an hour earlier, at 9:00, and will include performances of adult folk dance, singing, and music ensembles, as well as other cultural genres of the mentioned minorities. In the evening, visitors can look forward to a temperamental music performance by the famed Devil's Violin of Ján Berky-Mrenica.

The small town of Tornaľa lies in the southern Gemer region. Eight of the 12 registered minorities live in the region. The Hungarian and Roma minorities are the largest, followed by the German, Ruthenian, and then Ukrainian minorities if travelling eastward.

The town, situated 30 kilometres from Rimavská Sobota and only seven from the Hungarian border, is named after the Tornalja family that lives there. It won the venue for the festival because of its anonymity. However, the organisers also say that this has made preparing the festival more difficult due to the lack of facilities and any previous organised activities in the town.

"It would certainly be easier to organise this festival in a larger town with predefined possibilities, like in Komárno, Dunajská Streda, or Košice, where many such events take place. But the town is interested in enlivening the region and in becoming more culturally visible so it helped a lot in the matter," Pék said, adding that so far they do not know whether Tornaľa would become the festival's permanent home or whether the festival will migrate from year to year. What he does know is that it also aspires to attract visitors from farther away, whose roots are in Slovakia.

"There are many countrymen who come from this region but now live abroad, for example, in English-speaking countries, whom such a festival can attract. The roots of these people, or their children [to get to know] the origin of their ancestors, can rouse their interest. And apart from roots, they can see the large diversity of presented cultures and how these minorities manage to preserve their history and culture," he said.