THE JAPANESE market is a huge economy. It is half that of the US but still bigger than France and Germany combined, which creates a lot of potential. However, it is also very competitive so one must have high-quality products to compete with the Americans, Europeans, and, of course, with the Chinese exporters, said Japanese Ambassador Toyojiro Soejima in an interview with The Slovak Spectator. 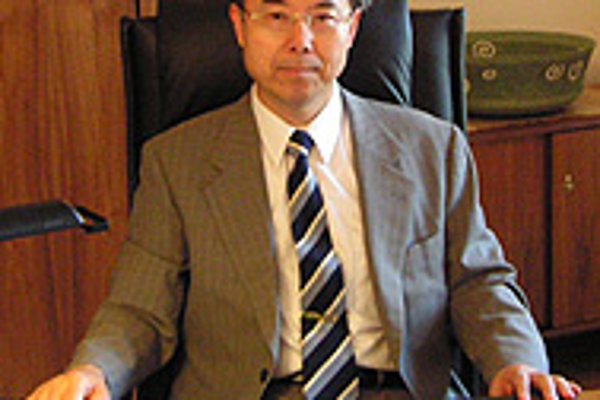 Font size:A-|A+  Comments disabled
THE JAPANESE market is a huge economy. It is half that of the US but still bigger than France and Germany combined, which creates a lot of potential. However, it is also very competitive so one must have high-quality products to compete with the Americans, Europeans, and, of course, with the Chinese exporters, said Japanese Ambassador Toyojiro Soejima in an interview with The Slovak Spectator.

The Slovak Spectator (TSS): Japan and Slovakia are very different in their history, culture, and geographical locations. What are the things that connect these two places?

Toyojiro Soejima (ATS): The first connection that springs to my mind is that Slovakia is a mountainous country similar to Japan where more than 60 percent of the land is mountainous. In a broader political or philosophical sense, we share the basic values of democracy, freedom, market economy, and human rights that makes us part of a family of like-minded countries of the globe that has various important impacts in creating world policies.

I would like to point out that Japan has been assisting central European countries including Slovakia since 1989 and also 1993 when the country gained independence. We have been supporting projects to strengthen the free-market economy and democracy. These are the things that create lasting links between the countries.

TSS: How would you evaluate the Japanese business presence in Slovakia?

ATS: There are nine Japanese manufacturing companies operating in Slovakia.

For example, we have Yazaki Slovakia in Partizánske, Sony Slovakia in Trnava, and Matsushita Audio Video in Krompachy.

I appreciate the presence of these manufacturers but of course I am not satisfied with the situation because there is much more potential. Slovakia's EU accession inspires further Japanese investors to come here.

TSS: Are Japanese investors happy with the quality of Slovak labour?

ATS: I think Japanese manufacturing companies are satisfied with the quality of the Slovak labour force. Slovak people are diligent and willing to learn, I have heard.

We have been assisting the Slovak Productivity Centre in Žilina, which was designed to help improve the quality of Slovak companies. We have been sending Japanese experts there as part of Japan's technical assistance to Slovakia. The centre has been helpful in helping industries raise their productivity.

TSS: Do you feel that the potential for contact between Slovakia and Japan has been fully explored? What are the areas in which the countries could work together?

ATS: I would certainly mention tourism, which is still a potential to be explored. As I can see even here, from the window of my office [located on the Main Square], that the number of Japanese tourists coming to Slovakia has been increasing. We have had a mutual visa-free entry for short-term visits for more than two years. However, if I compare the number of Japanese tourists heading to the surrounding countries like the Czech Republic or Hungary and of course Vienna in Austria, they are using much more of their potential to attract Japanese tourists.

Japanese tourists are set to spend three times as much as German tourists would spend. They are fond of shopping, high quality accommodations, and eating good food, which would make them the ideal tourists for countries like Slovakia. I have been telling representatives of the Slovak government to explore the possibilities of attracting more Japanese tourists to Slovakia.

However, Japanese tourists are demanding. They require high quality food and high standards for accommodation. Maybe Slovakia can learn ways from its neighbours to keep tourists in the country for longer than just a couple of hours in Bratislava. The goal should be to make tourists stay here overnight by providing them with high-quality services.

TSS: Japanese tourists have discovered Slovakia as a tourist destination. However, Japan is still not a popular destination for Slovaks.

ATS: Our government has started a "Visit Japan" programme, which also involves local governments, recreation centres, hotels, and restaurants. The Japanese people are ready to welcome more tourists. Yes, trips to Japan might still be expensive for Slovaks, mainly due to expensive airfare. But I think that things will change. The airlines must also be involved in this process. There is no question about Japan being a tourist-friendly nation.

TSS: Investments and business contacts should not be a one-way street. What could Japan offer Slovak businessmen?

ATS: As for trade, Japanese exports are increasing but Slovak exports to Japan have also climbed over the past two years since Slovakia started exporting cars.

The Japanese market is a huge economy. It is half that of the US but still bigger than France and Germany combined, which creates a lot of potential. Items other than cars could be exported. However, the Japanese market is also very competitive so you must have high-quality products to compete with the Americans, other Europeans, and, of course, with the Chinese exporters.

Regarding investments, our government has recently started the Invest in Japan campaign to present Japan as a favourable place to invest. The idea is that investments are mutually beneficial.

TSS: What areas of the Slovak industry are attractive for Japanese businessmen who might consider running a business in Slovakia?

ATS: I think that, as the examples mentioned earlier show, the manufacturing industry remains the most attractive sphere for Japanese businessmen. This country has a history and tradition of strong manufacturing since the pre-war era.

Moreover, Japanese businessmen who are already present here are happy with the qualified labour force and relatively inexpensive labour costs that Slovakia offers.

A 10th manufacturing company is coming to this area. We have heard that MINEBEA is starting operations this August and will produce keyboard characters for personal computers.

TSS: What are the spheres in which Japan could learn from Slovakia and what could Japan offer Slovakia?

ATS: Though Japan and Slovakia are different in many spheres, if we think in terms of Japan's links with Europe, where Slovakia naturally belongs, there are many cultural and historical similarities; the way society and industry, including labour, are structured. We are all facing similar problems, such as an aging population. We can learn how to proceed with necessary structural reforms.

TSS: How will Japan fight the problem of an aging population?

ATS: It involves a lot of debate and there is no simple solution to this problem. One thing is to encourage people to have bigger families or to restructure the labour force and let people work as long as they want and not force them to retire in their early 60s. Life expectancy has stretched in Japan, where women live until 85 and men usually live until close to 80. Japan could also open its labour market to workers from other countries.

TSS: Do you feel that Slovaks know enough about your country?

ATS: Some Slovaks know a lot about Japan but it is true that even more Slovaks should know about different facets of our country, which means not only about its culture, which might appear very exotic to many Europeans. However, as I noted before, Japan is a very developed country in terms of the economy, which is comparable to that of the United States and Western Europe. I think people should also see that. We have been active in many world organisations, including the UN, and are the second largest donor to Official Developmental Assistance after the USA.

Perhaps people will also learn more about Japan's relations with the European Union as we cooperate in many ways to solve global issues pertaining to poverty, the environment, and other developmental issues.

In 2005, the EU and Japan have a chance to promote their ties within the Japan-EU year of people to people exchange. The exchange project will involve each member country of the EU and will create an opportunity for scientific and cultural exchange. We have already started talks with the Slovak Foreign Affairs Ministry on how to encourage Slovaks to have their own events included in this programme.

For learning more about Japan, there is a Slovak-Japan Society to promote people to people contacts between the two countries on many levels. It is a Slovak organisation established in 2003 that shelters different initiatives involving Slovakia and Japan.

TSS: Japan has been very active in supporting culture, science, and education all around the world. What are the most important projects that your embassy has been pursuing here?

ATS: I would mention our governmental cultural grant programme. For 10 years our government has been annually providing one cultural grant. For example, this spring I attended the presentation ceremony of a grant to the Slovak Academy of Fine Arts and Design in Bratislava. This is part of our assistance to developing democracies, which is continuing but will be wrapped up in one or two years, as Slovakia has become an EU member. One grant is roughly 50 million yen, which is roughly $410,000 (€332,981).

We also provide technical assistance through the Japan International Cooperation Agency, which invites experts from various fields, including governmental officials, to visit Japan and exchange their experiences. It involves 20 people annually. However, Slovakia's membership in the EU will limit the number of visiting scholars. Many possibilities remain open, though. We have been sending experts in different fields to Slovakia. For example we have brought in many cave preservation experts, as you have many beautiful caves in Slovakia.

Our embassy has also organised various cultural programmes. In May we had a series of evenings dealing with Japanese clothing, Ikebana, and Japanese folklore, which involved experts giving lectures about the events. I should also mention the scientific exchange programmes conducted by the universities, for example Comenius University.

We also started a sister city programme between a village in the High Tatras and the Japanese village of Nosegawa. At least once a year, the Japanese partner sends a delegation of school children to visit the High Tatras. We certainly encourage cities to start sister relations, which are very visible in relationships with other countries.