POST EU-entry development has so far showed that fears of Slovak labour invading other European markets were unfounded. In fact, some believe the country will begin to attract immigrants from other EU countries in several years' time. There is optimism in the entire eastern European market, but so far no significant changes have shaken the labour markets, say human resources professionals who shared their view on recent labour market developments with The Slovak Spectator. 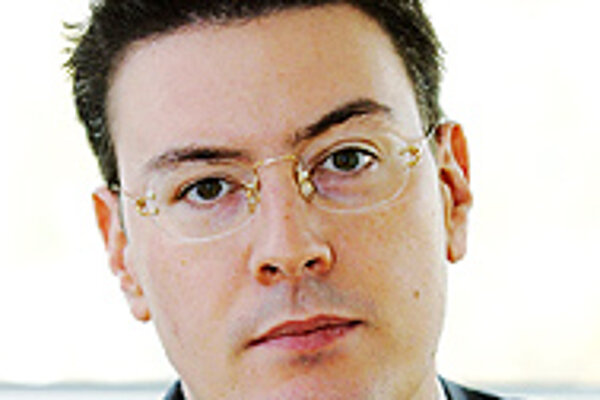 POST EU-entry development has so far showed that fears of Slovak labour invading other European markets were unfounded. In fact, some believe the country will begin to attract immigrants from other EU countries in several years' time. There is optimism in the entire eastern European market, but so far no significant changes have shaken the labour markets, say human resources professionals who shared their view on recent labour market developments with The Slovak Spectator.

The Slovak Spectator (TSS): According to recent surveys, the May enlargement of the European Union has not provoked any mass migration of Slovak labour to the old EU member countries. Do you think that this trend will remain unaltered?

Paul Binder, TARGET International Executive Search director for central Europe (PB): Most of the fears of a mass migration from the new EU member states were not justified and I think they will not be fulfilled in the future. The fears were, and unfortunately still are, the product of populist politicians and media. The reality is different. As a native Austrian, I have been working in central Europe for more than 14 years. Quite often I feel ashamed to hear the expression "eastern Europe" from average people in Vienna for countries like Slovakia. I guess nine out of 10 Bratislavans have visited Vienna at least once, whereas only one out of 10 Viennese had been to Bratislava. Therefore, people are simply open to a kind of "propaganda" that millions of "East Europeans" will come to the West.

In reality, people in central Europe are not as mobile as one might think. We know from our profession how difficult it is to suggest an attractive position in, let's say, Nové Zámky, to a candidate from Bratislava. The same is true for Hungarians and Czechs. Of course, regions like eastern Austria and western Slovakia that have been artificially separated by decades will grow together.

It is quite common to find garden workers, nannies, nurses, and waiters from Slovakia in Vienna. I talked to some of them and they said they would only do it as long as they could earn more money than in Slovakia. But they still want to go home at least for the weekend - I recently talked to a Slovak waiter from Piešťany in Vienna and he commutes every day.

A different story of mass integration is the "brain drain" of highly qualified scientists and specialists. Those people go to places where they find the best conditions for their work. But this is also true for other nationalities (e.g. many Austrian and German scientists work in the US). Another special case is the healthcare sector. It is amazing that several circular emails from the US, the UK, and other countries are being sent to human resources companies asking whether they can provide nurses from Slovakia and other new member countries. The demand is higher than the supply.

Ronald Bastýř, branch manager at TMP/Hudson Global Resources (RB): We think this trend will remain stable and do not expect any significant changes in migration anytime in the near future. Quite the contrary, more Slovaks abroad (and other nationalities) are expressing interest in returning to Slovakia due to the prospects they see with EU entry and being able to apply their experience here. We believe that the majority of technical talent that wanted to migrate did so long ago.

Patrik Zoltvány, head of the Amrop Jenewein Group's European office for Slovakia (PZ):I think there has not been any massive emigration for several reasons. First, countries that are geographically closest to Slovakia are still applying transition periods against new members and also only a couple of months have passed since we joined the EU. It is mostly young people who seek job opportunities abroad. I think this trend will also remain unchanged in the future.

TSS: How did EU entry modify the Slovak labour market? Have you or your organisation noticed any considerable changes?

PB:There is more optimism in the market in the entire central European region, but up to now, no significant changes in the labour market. But we can anticipate considerable changes that might be a bit surprising for some people. Slovakia as a country is in a special situation. The new tax system (flat tax) has been continuously praised in the media as a positive example. This combined with the successful attraction of major (automotive) investments to Slovakia will lead to a situation where, in a few years, more people (skilled workers) from other countries will migrate to Slovakia (e.g. from southern Poland to Žilina). Within the next three years I expect that there will be more migration from other countries to Slovakia than the other way around.

RB: We've noticed that EU entry has made the labour market challenging for recruiting qualified talent. With more investors coming to the Slovak market, it has consequently opened more job opportunities from which qualified job seekers can choose. We believe this is a natural step in the development of the Slovak market to becoming more mature over the next several years.

In the past months we have noticed that international recruitment firms have expressed interest in recruiting lower level staff in light of the less stringent visa requirements for Slovak nationals.

PZ: So far, EU entry has not modified the Slovak labour market to a large extent. However, the long-term benefits of EU membership, along with economic reforms (tax, healthcare, and social reforms) will have a positive effect on job creation. Also, the arrival of international investors in less developed regions in Slovakia will have an effect on local job markets in terms of jobs and salaries.