ĽUDMILA Várossová from Bratislava has created costumes for 300 TV adaptations and 100 theatre works. She has worked with acclaimed stage directors Jozef Bednárik, Martin Kákoš, and Pavol Smolík, and collaborated with many Slovak theatres, including the Slovak National Theatre (SND) and Nová Scéna in Bratislava, Andrej Bagar Theatre in Nitra, as well as the State Opera in Prague. 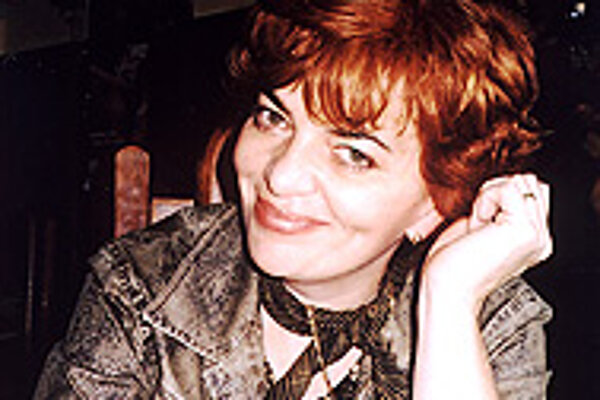 Font size:A-|A+0
ĽUDMILA Várossová from Bratislava has created costumes for 300 TV adaptations and 100 theatre works. She has worked with acclaimed stage directors Jozef Bednárik, Martin Kákoš, and Pavol Smolík, and collaborated with many Slovak theatres, including the Slovak National Theatre (SND) and Nová Scéna in Bratislava, Andrej Bagar Theatre in Nitra, as well as the State Opera in Prague.

Her latest works on the opera stage of the national theatre were La Cenerentola by Gioacchino Rossini and La Fille du Regiment by Gaetano Donizetti. The Slovak Spectator caught up with Várossová during the theatre holidays when she was busy preparing for the next season.

The Slovak Spectator (TSS): During your long career you have worked for various projects for TV and theatre. How did you embrace so many different genres?

Ľudmila Várossová (LV): I started work as a costume designer for television 24 years ago. I participated in nearly 300 different projects. I designed costumes for TV spectacles, movies, and programmes. It was the best professional school for me. There, I learned to work on smallest details. This experience helped me a lot when I started to work for opera, ballet, and musicals.

TSS: When you are invited to stage a new opera where do you start? Where do you get your ideas?

LV: I start with the subject, libretto, and music of the opera. There I find all necessary guidance. I cannot ignore the work itself. My task is to give a physical shape to the composer's creation. Opera is the raw material that I use to express my personal artistic reflections. The first step of my work is a profound study of the original score and listening to opera recordings.

TSS: Did you ever study music?

LV: No, I did not. With time I developed my musical memory and an ability to read opera scores.

TSS: You have collaborated with many stage directors. What kind of relationship do you develop while working with them?

LV: It all depends on the personality of my colleagues. There are two main types of stage directors. Some of them give costume and set designers total freedom and expect them to create an independent artistic concept.

The second type is totally different and the brightest representative is Jozef Bednárik. He starts working on an opera with a clearly formed idea of his interpretation. This idea serves as a framework within which all the artists move. I have known Bednárik since our common studies at the Secondary Art School. It is easy to cooperate with him because our artistic concepts develop in a similar way. He provides the first impulse. I grasp and digest it and bring my own understanding, which in turn inspires him.

In any case, I never illustrate the ideas of the stage director. I always form a personal vision of the piece, be it opera, ballet, or musical.

TSS: How long does it take to prepare the costumes for a show?

LV: Six months. The SND is a state theatre and has a much more limited financial capacities than before. Those who create the spectacle need to plan their work very far in advance according to the budget. We count every cent! Once the budget is approved we cannot spend more than that.

TSS: And still you are able to dress performers in a most luxurious way! How many dresses are required for each show?

LV: The average number of costumes for one spectacle [at the SND) is between two and three hundred. It also depends on whether the subject of the opera or ballet is modern or historical, and if the interpretation is traditional or extravagant. For example, historical operas need a very serious and detailed approach and a lot of studies. I am not a historian and I do not present the replicas of the dresses of the past. At the same time I cannot ignore the historical reality. So I learn a lot of old technologies, for example, how to make corsets, farthingales, embroideries, etc.

TSS: Do you use authentic old textiles for historical dresses?

LV: No, they are too expensive. We use modern textiles, which we order from the Czech Republic, Germany, and England. We treat those textiles in a specific way to make them look old. I do not cite a specific époque, but create a new image based on historical facts. My most important task is to reflect the atmosphere, moods, and characters of the opera. I always try to understand what a composer wanted to say with his music. Music dictates everything, even the colours of the dresses.

TSS: Do you take into account the personality of the performers?

LV:Of course! The costumes are made individually for each actor. Singers and dancers must feel comfortable in them to be able to perform properly. I even learned how to produce flexible corsets that at the same time look firm and tight!

TSS: And for that you probably collaborate very closely with the performers.

LV: Yes, there are many fittings before the dress is ready. I always listen to the remarks of the actors. Some of them have difficulties accepting modern theatre tendencies. At such moments I use my communication skills. My principle is "dialogue instead of conflict". But at the end it's me who decides! (Laughs)

TSS: How many craftsmen are employed in the SND workshops?

LV: There are 50 highly skilled workers who produce dresses, shoes, wigs, and hats. I follow the whole process very closely.

TSS: What spectacles are you preparing for the new season?

LV: The most time-consuming project is the opera Un Ballo in Maschera by Giuseppe Verdi. All the sketches for it were ready a long time ago. We start working on costumes three months before the premiere, which will take place on December 9. In the meantime, I have two more premieres: The musical The Full Monty at the Nová Scéna in Bratislava [directed by Bednárik] and another musical Cabaret at the Andrej Bagar Theatre in Nitra.

TSS: That means no summer vacation?

LV: I can only dream about the days when I will have enough time to read, write, paint, and meet my friends!