CONFUSION and objections continue to blight progress towards creating a more effective and transparent healthcare system for Slovak citizens.
Topping this month's parliamentary agenda parties are scheduled to deliberate the fate of the six reform bills proposed by the Health Ministry. But with the ruling parties still in a parliamentary minority the outcome is far from certain, even if all representative MPs support the legislation. 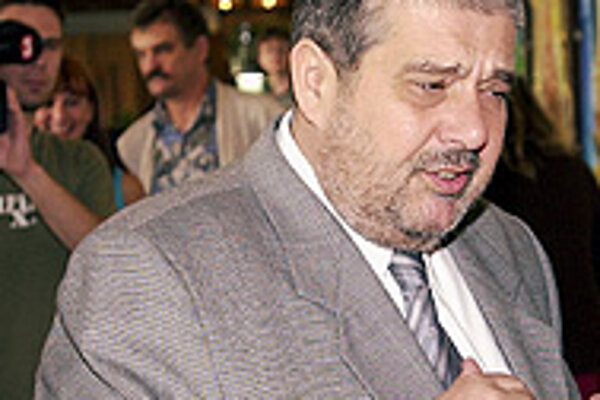 Topping this month's parliamentary agenda parties are scheduled to deliberate the fate of the six reform bills proposed by the Health Ministry. But with the ruling parties still in a parliamentary minority the outcome is far from certain, even if all representative MPs support the legislation.

The debate is due to start at the end of September, with the head of the ruling Christian Democrats (KDH), Pavol Hrušovský, having recently admitted that he was uncertain whether all 68 coalition MPs, still eight members short of a parliamentary majority, would vote for the reform bills.

"The result of the voting is questionable because even within the caucuses of the ruling parties there is not an agreement of all 68 MPs. There are still some proposals for changes [in the Health Ministry's legislation] that are subject to talks with the [Health] Minister Rudolf Zajac, and the position of the parties depends on the result of these talks," Hrušovský told the state run news agency TASR.

Ever since the ministry presented its laws, which passed the first reading in parliament before the summer recess, hundreds of objections and proposals for changes have arisen. With the ministry resolutely intent to push through the reforms, it has engaged with individual caucuses in an attempt to persuade doubters to support the bills, while conceding to minor changes in the proposed laws.

Minister Zajac has maintained throughout the discussion process that he would not accept changes that would go against the general concept and principles of his reform programme.

The reforms include a law on insurance companies aimed at transforming firms to joint stock companies.

The law on healthcare insurance introduces two types of insurance - obligatory and voluntary. The package also includes laws on the provision and scope of healthcare, defining the service provided under the obligatory, public health insurance cover, and also lists diagnoses for medical treatment to be paid for by patients.

Finally there is the law which introduces a new system of ambulance services to ensure greater efficiency of operation within other parts of the healthcare system.

But while the objections from ruling MPs are still being debated, some top bodies inside the ruling parties have started appealing to MPs to back the health reforms.

The leadership of the ruling Slovak Democratic and Christian Union (SDKÚ) party expressed its full political support for the healthcare reform in an official statement sent to The Slovak Spectator on September 6.

"We appeal to SDKÚ MPs to help adopt the reforms," reads the SDKÚ's statement.

SDKÚ is also appealing to all MPs who voted for the current cabinet's programme to fulfill their political commitment and come out in support of the health reforms. However, the case is further weakened by the fact that since the start of the current election term, the ruling parties have lost eight MPs who either abandoned politics altogether or formed their own political parties, such as the Free Forum Party (SF), composed mainly of former SDKÚ members.

But the SF steadfastly refuses to support Zajac's reform. Recently the party even presented their own version of health reform as an alternative to the cabinet's version, which provoked much opposition, not just from opposition parties but also from various medical associations and unions.

Meanwhile SDKÚ asserts: "Citizens - patients and taxpayers - pay their health insurance and expect quality healthcare in return. The state spends enormous resources from citizens' taxes to secure healthcare to everyone in need."

While it is expected that the ruling New Citizen's Alliance (ANO) will support Zajac's reforms, as the minister was ANO's nominee, representatives of the fourth ruling group, the Hungarian Coalition Party (SMK), have reiterated that their support depended on whether their objections are considered.

With pressure on the ministry to soften its approach, efforts were being made to accommodate compromise. Mario Miklósi, a spokesman for Zajac, said talks with the parties continued and the ministry was also inserting some of the accepted objections and changes to the laws.

Yet should the ruling parties eventually agree to support the laws, the opposition party Smer has already signaled that they will take their objections to the Constitutional Court if the reforms are passed.

According to Smer MP Pavol Paška, his party was concerned that some aspects of the reform went against the Slovak Constitution, especially "the transformation of health insurance companies into joint stock companies - in other words, the management of public resources by a private company".

It remains unclear what other opposition parties might join Smer. At a recent meeting of opposition leaders, representing the Movement for a Democratic Slovakia and the Slovak Communist Party, and including Smer, the apparent line was that they would not support Zajac's health reform in its proposed version.